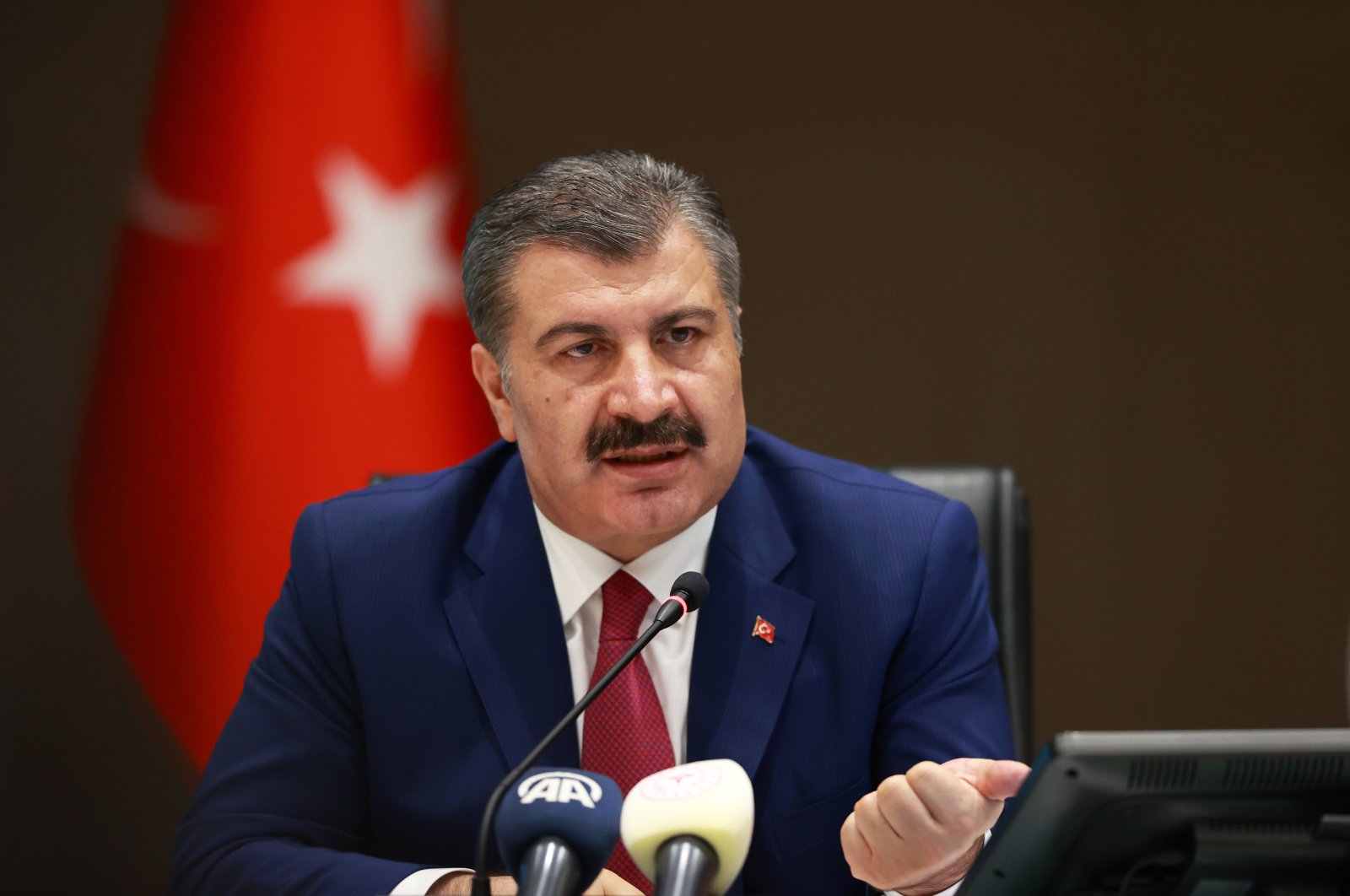 Turkey’s daily coronavirus death toll fell to 17, as 1,186 new patients had been registered, while the total number of recoveries came to 176,965, Health Minister Fahrettin Koca said on Thursday.

The total number of cases rose to 202,284, the minister stated, while the death toll has reached to 5,167. Koca also revealed the top five provinces with the biggest number of cases, which were Istanbul, Ankara, Gaziantep, Konya and Bursa.

Previously on Wednesday, Koca warned that there was no scientific data that the coronavirus virulence has lessened and that the virus infection speed has dropped.

“We have succeeded in bringing the number of new daily cases to below 1,000, but we have been concerned about another rise in recent days. As a matter of fact, this is something that can be easily taken under control. Most of the measures we have taken are easy to comply with. This fight against the pandemic does not require us to the impossible,” Koca said.

Nearly 54% of all COVID-19 patients in the country could be found in the metropolis of Istanbul, Koca stated.

He noted that there had been a downward trend in the average age of COVID-19 cases over the last month, with most cases occurring between the ages of 25 and 45.

Meanwhile, the Health Ministry Thursday disclosed data on the coronavirus outbreak for the first time since the beginning of the pandemic. According to the ministry's data, half of the cases in the country ave struck in Istanbul, which has seen close to 110,000 cases.

Released in both Turkish and English, the report describes the ongoing situation that has developed in Turkey since the onset of the pandemic in March to June 28.

The report states that there are about 200,000 coronavirus patients in Turkey, more than 105,000 of whom have been hospitalized. It is also detailed that 21% of hospitalizations took place between the dates of June 1 and June 28, adding that 93.4% of hospitalized patients had been discharged from hospital.