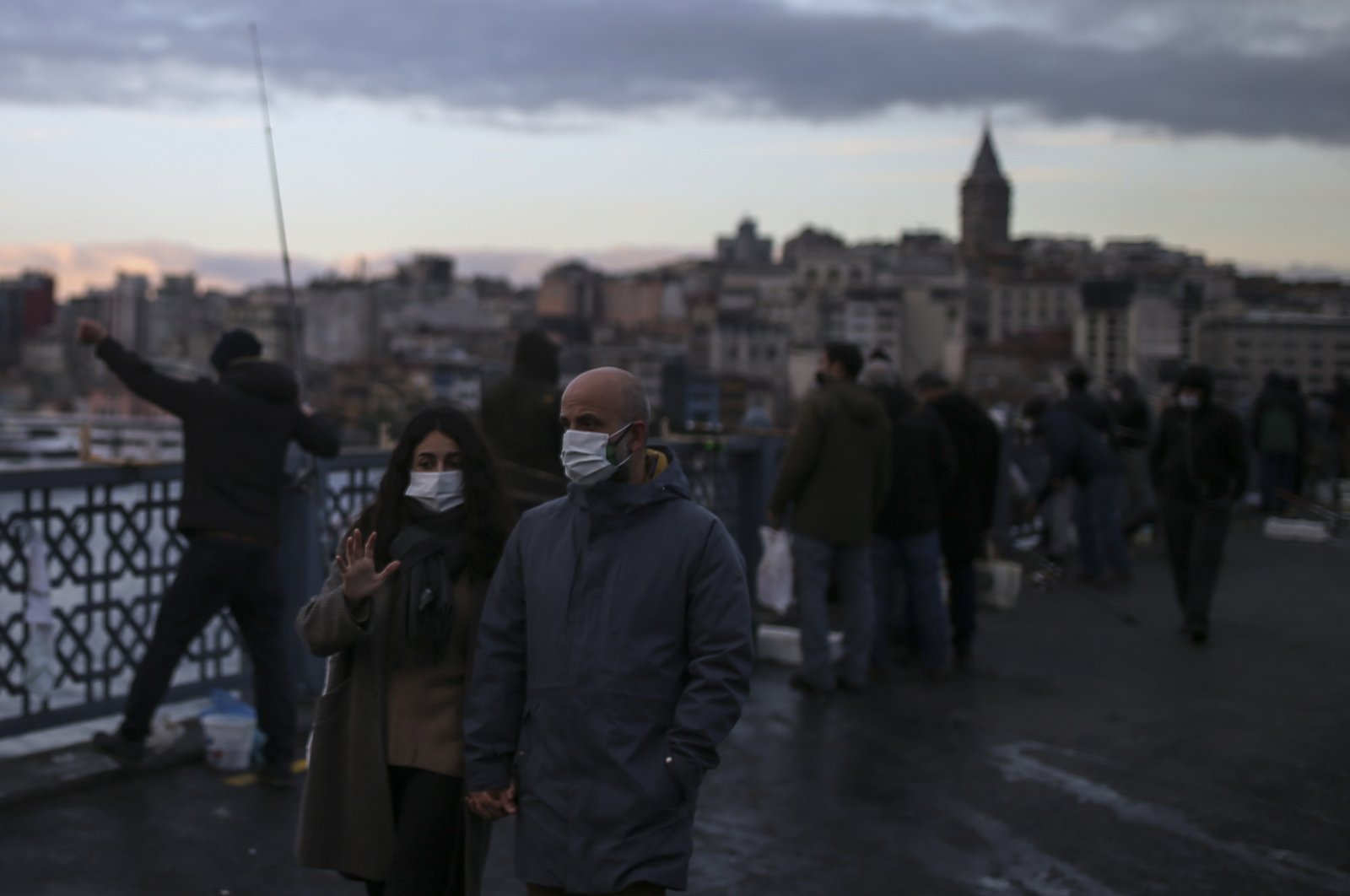 People, wearing protective masks to help curb the spread of the coronavirus, walk on the Galata Bridge over the Golden Horn in Istanbul, Monday, Dec. 21, 2020. (AP)
by Anadolu Agency Dec 25, 2020 7:46 pm
RECOMMENDED

Turkey's Health Ministry on Friday reported 17,543 more coronavirus infections and 256 new fatalities over the past 24 hours.

The new cases include 3,199 symptomatic patients, while the total number of infections exceeded 2.11 million.

Some 201,104 COVID-19 tests were conducted across the country over the past day, pushing the total to over 23.42 million.

The number of patients in critical condition stands at 4,702, the data showed.

"The drop in the number of patients and cases have started to show its effect on our hospital burden. Our hope is that this improvement will be also reflected in the number of fatalities in the near future," said Health Minister Fahrettin Koca on Twitter.

Koca also called to "insist" on protective measures until the end of the "vaccination campaign."

The novel coronavirus pandemic has claimed more than 1.74 million lives in 191 countries and regions since last December.

Over 79.48 million cases have been reported worldwide, with more than 44.82 million recoveries, according to figures compiled by the U.S.' Johns Hopkins University.

The U.S., India, and Brazil remain the worst-hit countries in terms of the number of cases.

While new restrictions are being imposed ahead of the holiday season, especially across Europe, countries are approving and procuring vaccines to pave the way toward the end of the pandemic.