Turkey sees 'light at end of tunnel' in coronavirus battle 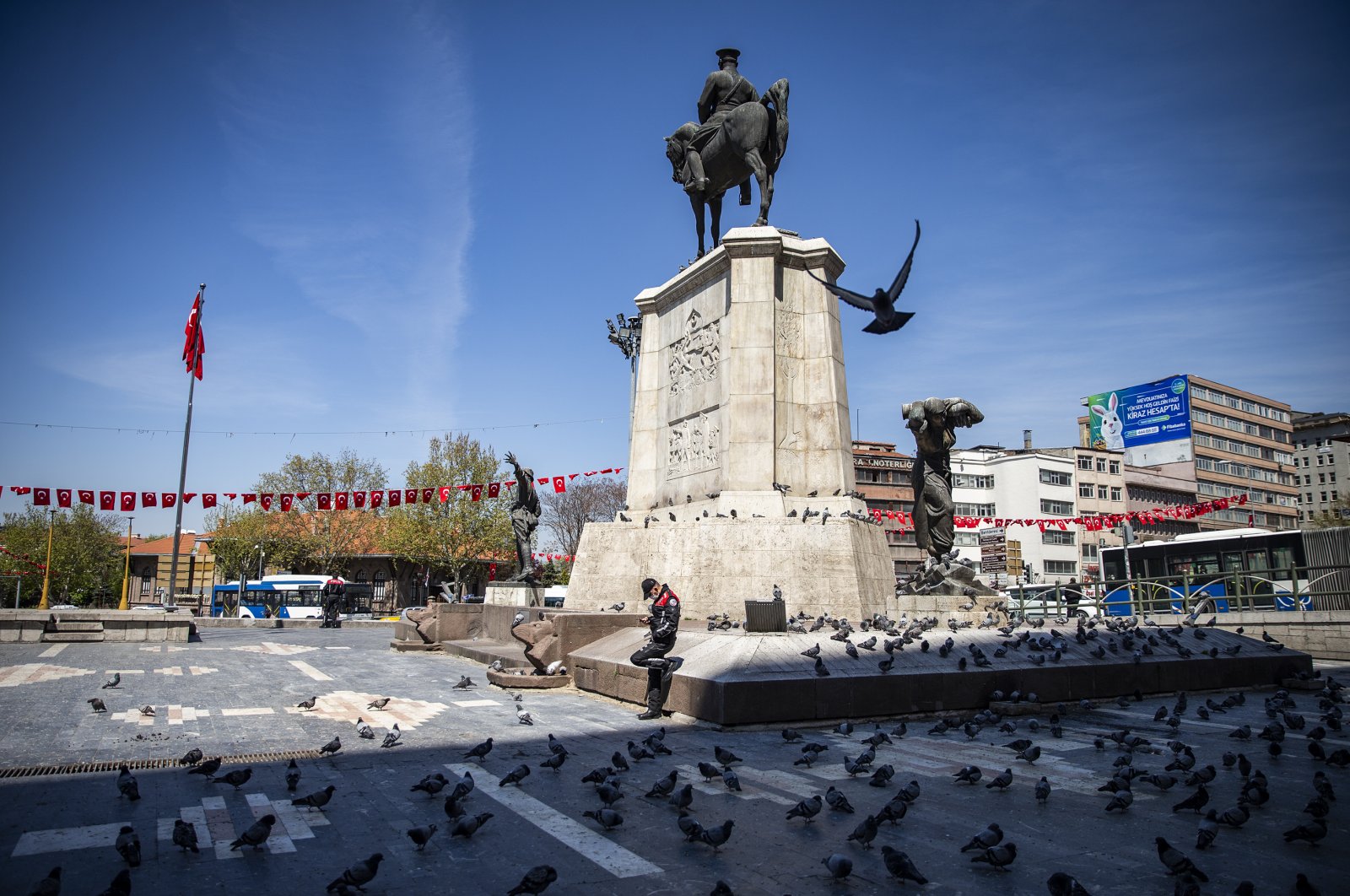 As coronavirus infections decline, the government plans steps for normalization with President Recep Tayyip Erdoğan stating that there is 'light at the end of the tunnel' and Turkey may 'celebrate two festivals' referring to the end of the Ramadan fasting month

Turkey is seeing a steep drop in new coronavirus infections while the number of recoveries from the disease multiply day by day. President Recep Tayyip Erdoğan says that “there is a light at the end of the tunnel” just seven weeks after the first COVID-19 case reported.

The country, a neighbor to Iran where the number of virus cases rapidly snowballed, and a crossing point between Asia and Europe, was concerned about the virus spreading especially in big cities and was extremely cautious. It first cut off all international connections, from flights to land crossings, and put serious restrictions on daily life, including curfews. The measures apparently paid off as the rate of infection out of those tested stood at 27.4% at its highest point on March 27 but dropped as low as 7.46% on April 25. In one week, the number of recoveries jumped to 4,651 daily from 1,448, and the total number of recoveries now stands at 33,791. Authorities view these as signs of gaining control over the outbreak and as a result of widespread public adherence to measures against the outbreak.

Erdoğan, who held his latest videoconference on the outbreak with ministers on Monday, said after the meeting that weekend that curfews will continue for coming weeks, announcing a three-day curfew starting May 1 in 31 cities.

“We hope to overcome this global catastrophe and double our joy in Ramadan Bayram (Eid al-Fitr),” Erdoğan said, referring to the festival marking the end of the Muslim fasting month, which will be observed on May 24. “We are going through a period where we see concrete consequences of the measures. The number of patients and fatalities decreases day by day,” Erdoğan said.

The president said Vice President Fuat Oktay was coordinating a normalization program. “We are preparing a comprehensive program for a return to normalization if the positive outlook regarding the outbreak continues. The program will be soon made public,” Erdoğan said.

Following the four-day curfew, the number of tests performed dropped by a third to 20,143, and 2,131 people were found to be infected by the coronavirus, bringing the total number of cases to 112,261. The total number of tests increased to 918,885. Fatalities decreased for the eighth consecutive day to 95, while total deaths climbed to 2,900 as of Monday.

For treatment, Turkey relies on various drugs that were not originally intended as a coronavirus cure but are being used as treatment in the absence of a vaccine. The country also experiments with plasma therapy that succeeded in healing the first patient who underwent the complementary therapy. Professor Ahmet Kızılay, head of İnönü University in the eastern province of Malatya, said the patient was discharged from the intensive care unit as of Tuesday. The university’s Turgut Özal Medical Center was the first to apply the therapy to an unnamed 56-year-old male patient. Kızılay told Anadolu Agency (AA) that they started the process on April 5 by collecting plasma from a recovered coronavirus patient. He noted that they saw the “first positive signs” in the patient within 72 hours, and in 10 days, he was disconnected from the device supplying plasma. “The patient is now out of ICU. He already tested negative on April 13,” he noted. The patient will continue staying at the hospital for rehabilitation as the disease took a physical toll on his muscles, but Kızılay says the patient is now “fully recovered” from COVID-19.

“We delivered plasma to other medical centers as well and hear positive developments from them as well. Now, we will collect data, run a scientific analysis and will determine which patients respond better to plasma therapy,” Kızılay said.

The Turkish Red Crescent had recently started a plasma donation campaign to contribute to the therapy. Red Crescent President Kerem Kınık announced Monday that the number of donors reached 567 while they had 1,066 patients awaiting plasma.

Pandemic hospitals and Turkish Red Crescent health centers across Turkey have been testing to see whether the century-old treatment used to fight off flu and measles outbreaks in the days before vaccines works for COVID-19, too. Using blood donated by patients who have recovered from COVID-19, medical experts hope the serum therapy, tried more recently against SARS and Ebola, will offer effective treatment for the sick and temporary vaccine-like protection for health care workers and those with weak or suppressed immune systems.

The therapy tests if giving infusions of survivors' antibody-rich plasma to COVID-19 patients who have been intubated in intensive care units and have begun to show alveolar damage or those having trouble breathing would boost their own body’s defenses to help fight off the virus. Instead of a therapy to replace all other conventional treatments, it is being used as a complementary therapy in severe cases.

There are several prerequisites to be a plasma donor. First, the patient must have tested positive for the coronavirus, so there must be evidence that they were, indeed, infected by it. Second, they must be discharged from the hospital and declared virus-free. Then, the waiting game begins. Fourteen days after the patient shows no symptoms of the disease, they are again tested via nasopharyngeal swab, the results of which should be negative for the virus, and via blood tests, which see if the patient has produced the necessary antibodies. Plasma works using the same principle as a vaccine, but unlike a vaccine, any protection would only be temporary and offer passive immunization. A vaccine trains people’s immune systems to make their own antibodies against a target germ – which could be attenuated or inactivated viruses and bacteria or small parts of them. When these germs enter the body again, they know how to deal with or defeat them. The plasma infusion approach would similarly give people a temporary dose of someone else’s antibodies that are short-lived and require repeated doses.
120 INMATES TEST POSITIVE
Justice Minister Abdülhamit Gül announced on Tuesday that 120 inmates have tested positive for the coronavirus so far and all were hospitalized. Speaking during a videoconference with judiciary officials and heads of bar associations, Gül said none of the inmates were in intensive care and their overall health condition was fine. The inmates testing positive was just 17, according to first figures released on April 13.
Gül said inmates are being tested before admission to prisons and if they have symptoms, they were transferred to hospitals. He said they also placed new inmates in a 14-day quarantine before they are added to the general prison population.
Last week, around 90,000 inmates started leaving prisons as a new bill looking to ease overcrowding in jails and protect detainees from the coronavirus, reduced their sentences. The legislation provides for home confinement for inmates over 65, women who have children age 6 and younger and prisoners who cannot take care of themselves and require special care.