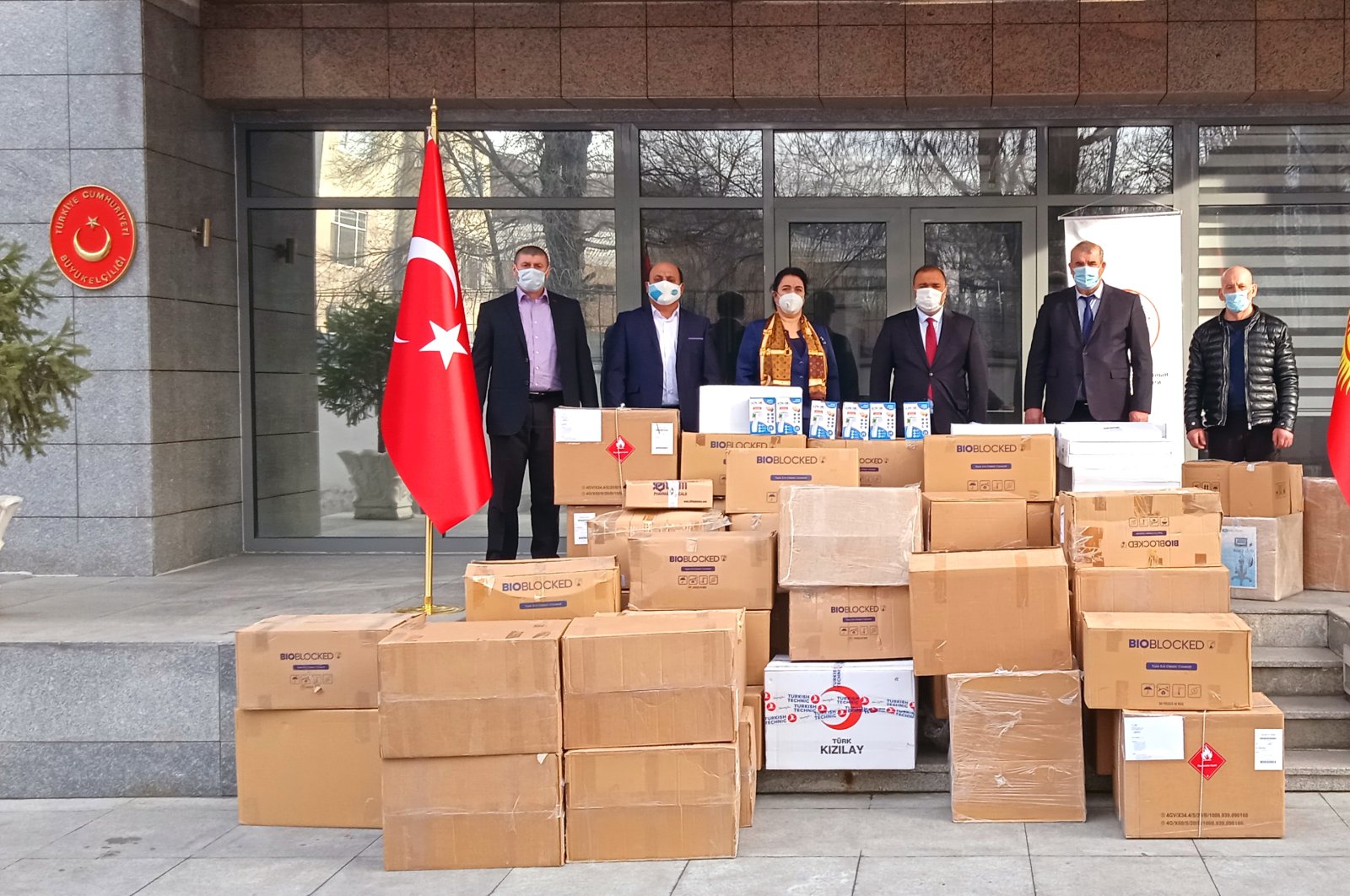 Kyrgyzstan on Monday received the medical supplies Turkey sent to help Ahıska Turks, also known as Meskhetian Turks, in their fight against coronavirus.

The aid sent by Turkey's Foreign Ministry arrived in the Kyrgyz capital Bishkek.

The campaign was carried out in coordination with the World Union of Ahıska Turks (DATUB), headquartered in the Turkish metropolitan city of Istanbul.

Yekta Kamil Noyan, Turkey's acting charge d'affaires in Bishkek, handed over the supplies – which consisted of 20,000 surgical masks, 1,200 N95 face masks, 1,500 protective overalls, seven thermometers, a ventilator, 115 face shields and medicine boxes – to the Ahıska Turks' Association in Kyrgyzstan to be distributed among the people.

Atamsha Dursunov, head of the Association of Ahıska Turks, said medical supplies sent by Turkey are very important in the fight against COVID-19.

He also thanked the Turkish administration, the Foreign Ministry and DATUB.

In 1944, over 92,000 Ahıska Turks were expelled from Georgia's Meskheti region by Soviet leader Joseph Stalin, according to the World Ahıska Turks Association.

During the nearly 40-day deportation from their homeland to Uzbekistan, Kazakhstan and Kyrgyzstan, around 13,000 Ahıska Turks lost their lives due to hunger, cold weather and disease.

There are up to 500,000 Ahıska Turks scattered across nine countries, including Turkey, Georgia, Azerbaijan, the U.S. and the Central Asian republics.