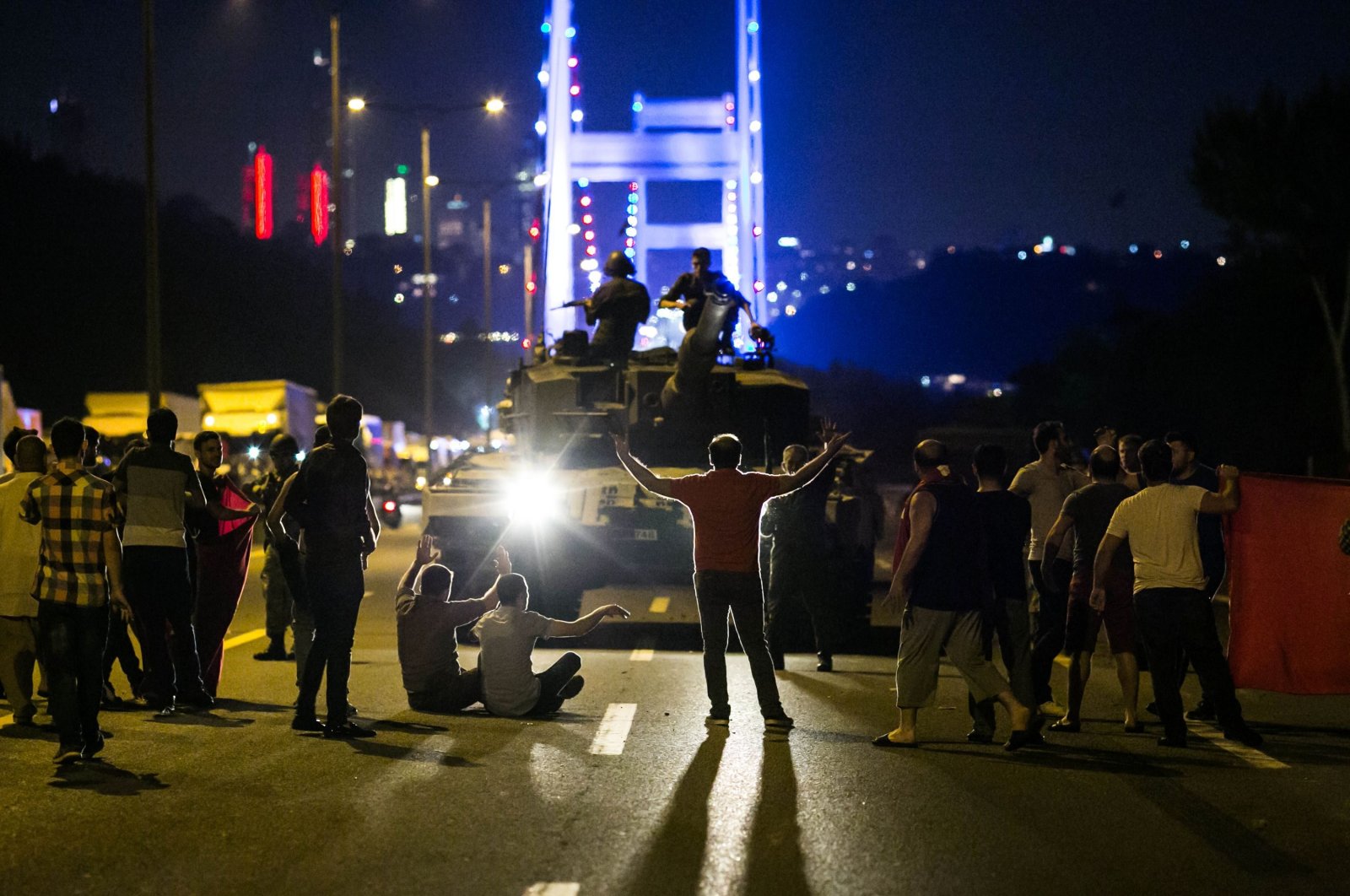 Fugitive members of FETÖ, the terrorist group behind the 2016 coup attempt, are among Turkey's most wanted, and the total awards for those aiding in the capture of the 339 suspects now amount to more than $86 million

The total amount of bounty set by the Interior Ministry for the capture of 339 fugitive members of the Gülenist Terror Group (FETÖ) now stands at TL 675 million ($86.4 million), Anadolu Agency (AA) reported. The Interior Ministry's wanted list contains 42 FETÖ members with red notices, 23 with blue, 17 with green, 48 with orange and 209 with gray, including both civilians and former military personnel who led the July 15 coup attempt by military infiltrators of the terrorist group. Turkey's wanted list is divided into five color-coded categories, with red as the most wanted, followed by blue, green, orange and gray.

Among those in the red category is FETÖ leader Fetullah Gülen, as well as a key member of the terror group Adil Öksüz who led the coup attempt from the Akıncı air base in the capital Ankara. Other most-wanted fugitives include members of FETÖ's so-called advisory council, for a total bounty of TL 420 million. Meanwhile, the total bounty for those in the blue category is TL 69 million, while there is TL 34 million on the heads of fugitives with green notices, TL 48 million on those with orange and TL 104 million on those with gray notices.

FETÖ is known for its widespread infiltration of the army, law enforcement, judiciary and bureaucracy. It first attempted to overthrow the government in 2013 with its infiltrators in the judiciary and the Turkish police. It failed, and the group faced increased scrutiny. When news broke that the military was preparing to launch a mass purge of FETÖ-linked officers in August 2016, the group moved to prevent it with the coup attempt on July 15, 2016. Strong public resistance ultimately stopped the coup and most of those involved were arrested. Around 251 people were killed, and nearly 2,200 others were wounded in the attempt.

Gülen resides in a retreat owned by his followers in Pennsylvania, United States. Turkey's multiple bids for his extradition have failed so far. Washington has dragged its feet on the case since the coup attempt although Turkey sent abundant evidence showing the group's culpability as well as other crimes. Gülen, 79, who is portrayed as a scholar by his followers, built a network of schools across the world while disguising his movement as a charity group with religious undertones. For decades, his group recruited members brainwashed youth who were aided to infiltrate the public sector, law enforcement, the judiciary and the military. Widespread infiltration was key for the group's agenda to overthrow the government and stifle its critics. Even before the coup attempt, the group was indicted in a long list of trials for orchestrating plots against its critics or anyone it deemed an obstacle to its goals. Prosecutors, judges and police chiefs linked to the group helped FETÖ imprison people on trumped-up charges, false evidence and illegally wiretapped everyone from politicians to journalists. Gülen faces multiple instances of aggravated lifetime imprisonment in dozens of trials on the 2016 coup attempt and hundreds of years in prison in other cases related to the group's wrongdoings prior to the attempt.

Öksüz, who was last seen in Germany according to the Turkish media, was an obscure figure for the Turkish public up until the coup attempt. A theology lecturer at Sakarya University, he was discovered to be FETÖ's point man for the attempt, organizing meetings with generals who led the coup. Just as the attempt was quelled in the early hours of July 16, 2016, Öksüz was captured at the Akıncı air base where pro-FETÖ military officers coordinated the coup. After a brief detention, Öksüz was released and disappeared. Months of manhunts across Turkey failed to yield results and authorities concluded that he had fled abroad. Referred to as FETÖ's "black box" for his intricate ties to senior cadres and prominent role in the coup attempt, Öksüz reportedly acted as the Air Force leader for the terrorist group. Like Gülen, he faces multiple life sentences in coup trials.

In the blue category are two doctors connected to Gülen, a former handler for the group's infiltrators in the police and Emre Uslu, who acts as a mouthpiece of the group on Twitter. In the green category, Ekrem Dumanlı, the former editor-in-chief of the group's now-defunct Zaman newspaper, is listed.

Other figures include a general who was a member of putschists' "Peace At Home Council," Akın Ipek, a prominent tycoon who fled to the United Kingdom after charges were brought against him for financing FETÖ and Zekeriya Öz, a well-known prosecutor who was behind a string of sham trials the terrorist group organized.