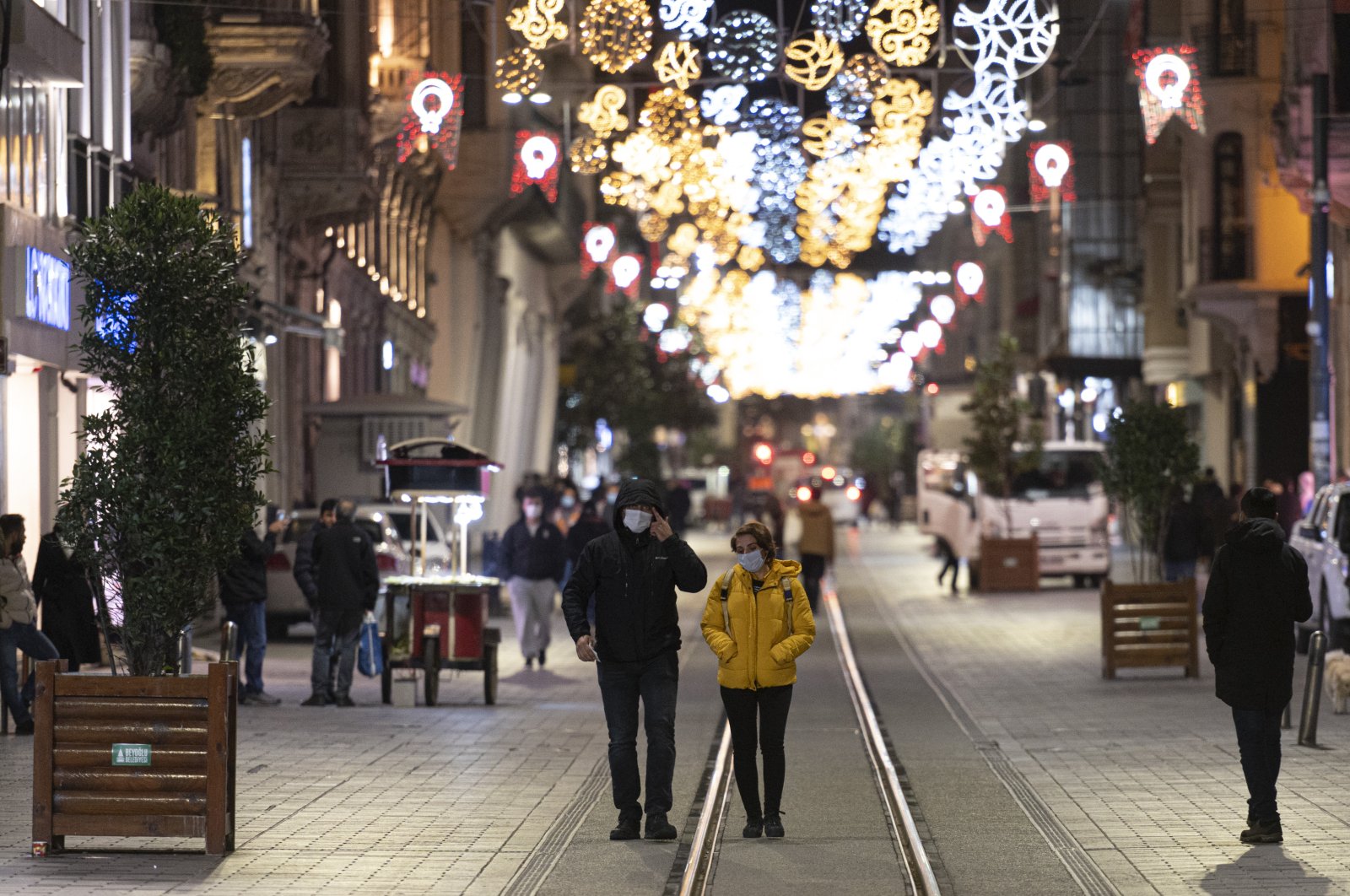 Turkey's Interior Ministry ordered the governorates of all 81 provinces to increase inspections of coronavirus-related safety measures as the country sees another surge in infections.

The ministry called for better enforcement of social distancing and mask-wearing, especially in crowded places like marketplaces, shopping malls and mass transit vehicles from Thursday for the next three days.

Police and other officials assigned to carry out the inspections by the governorates hit the streets Thursday to monitor compliance with the measures. All mass transit vehicles were stopped in order to check the number of people on board and whether proper hygiene was being practiced. Officers issued warnings and fines to those failing to wear masks on the street, and shopping malls were inspected for the number of people they allowed in and for their ventilation.

Turkey refrained from sharing the total number of COVID-19 cases for a while, focusing on active, serious cases – a decision Health Minister Fahrettin Koca reversed Wednesday following a meeting with the Health Ministry's Coronavirus Scientific Advisory Board. Koca announced that the daily number of positive cases stood at 28,351 as of Wednesday and warned that several Turkish metropolises included Istanbul and Izmir were “going through a third wave of the pandemic.” He reiterated his warning to the public to abide by hygiene and social distancing rules after the meeting in the capital Ankara. "The number of cases has increased by 50% in 15 provinces in the past week," Koca said. With the latest figures, the total number of symptomatic patients in Turkey reached 467,730. He pointed out that the situation with the virus has been getting worse as of the second week of October and that sticter restrictions would be implemented if the number of patients continues to climb.

Last week, the country imposed its first weekend curfew in months, though it was limited from the evening until the early morning. The curfews between 8 p.m. and 5 a.m. on Saturday and Sunday will continue until the government says otherwise. Strict measures, restrictions and public compliance helped the country decrease the daily number of fatalities to only 14 on June 13, but a steady rise began again in September, just when people started to return to big cities from their hometowns and vacation resorts. Along with the weekend curfew, Turkey barred senior citizens aged 65 and older and people aged 20 and younger from going out, except for between 10 a.m. and 1 p.m. and between 1 p.m. and 4 p.m., respectively. Other measures include a ban on restaurants and cafes from hosting customers, the closure of coffeehouses and cinemas until the end of the year and all sports events are barred from hosting spectators. Schools were also shut down except for preschoolers for the remainder of the first semester.