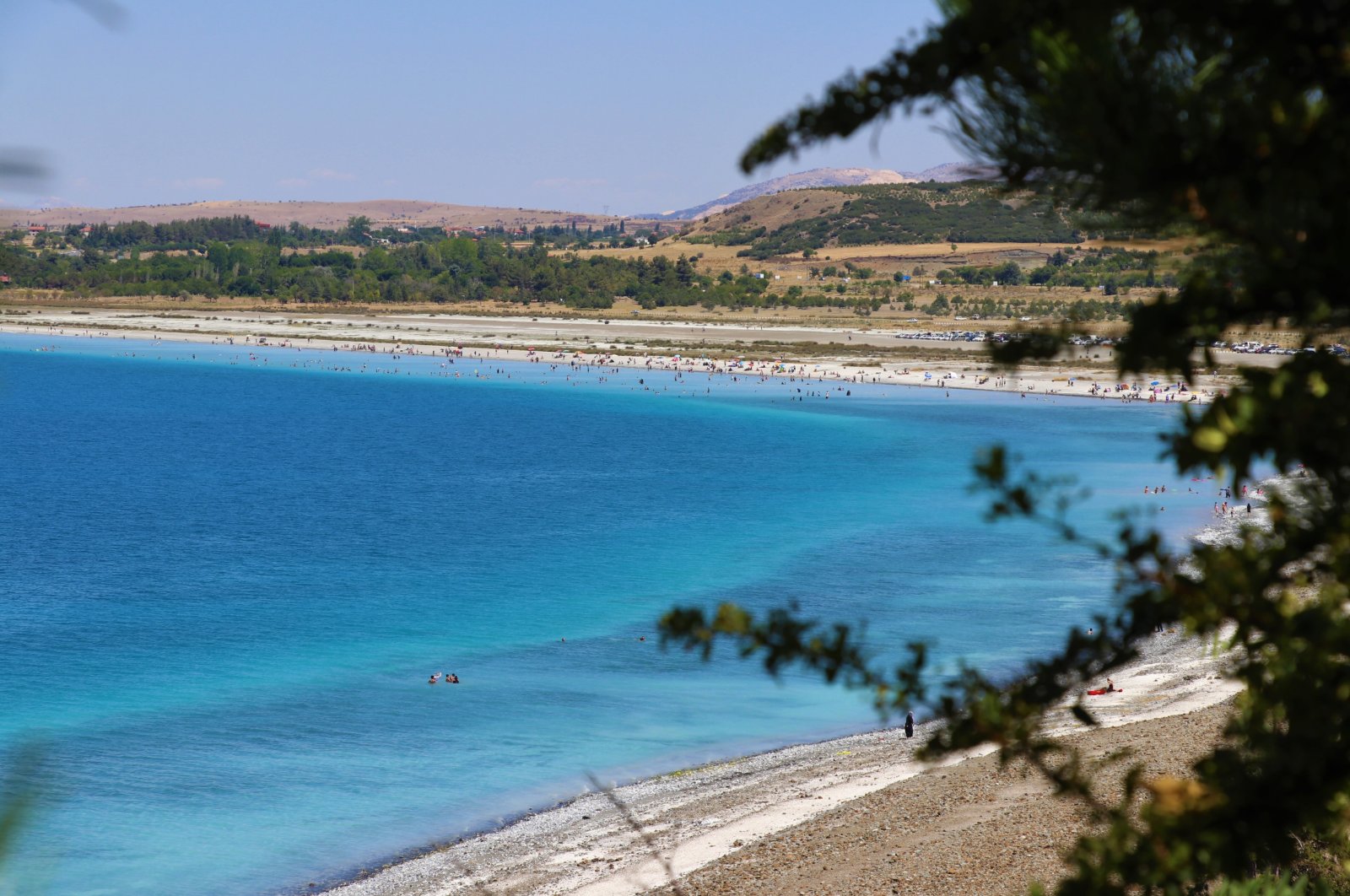 Faced with the threat of pollution due to the number of visitors and irregular structures, negative effects on the lake named "Turkey's Maldives" for its pristine waters and sands are being addressed one by one by the Environment and Urbanization Ministry. Wooden barriers erected 500 meters (1,640 feet) behind the lake prevent vehicles from passing along the lakeshore. The irregular structures were removed and garbage is regularly collected in the area. All kinds of illegal temporary structures, tents and container-type buildings were also removed.

Thanks to the protection measures taken in and around the lake, the water quality increased to drinking water quality. The area of Salda Lake Nature Park, which spanned 120 acres (48.5 hectares), was expanded to 570 acres (230.6 hectares) last year.

Nongovernmental organizations (NGOs) and universities started carrying out research on biodiversity in and around Lake Salda. According to the results of the studies, it is also planning to gradually limit access to the White Islands section and stepping on the sand.

In order to protect the natural structure of Lake Salda, mud baths will not be allowed in the White Islands and public beach areas, and removing clay and sand from the bottom of the lake and the beach will be prohibited. Using cosmetic products such as shampoo and soap in the lake and shower areas, consuming food and beverages, setting up sunbeds and tents and having picnics will not be allowed in the area.

The ministry also prohibited smoking at Lake Salda where the white sands are located. The security of the lake and the White Islands is provided by the gendarmerie forces and police teams.

Last year, the Environment and Urbanization Ministry declared Lake Salda a "Special Environmental Protection Area." It was declared a first- and second-degree Natural Protected Area in 1989. The previous regulation increased the special protection area from 10,900 acres to 73,000 acres. The natural site area is 21,000 acres, where it was previously 14,500 acres.

The actions are an effort to protect the natural beauty of Lake Salda and prevent it from suffering human-induced negative impacts. The coastline of the lake has also been put under protection to prevent the natural and cultural fabric of the area from being damaged. With the lake declared a specially protected area, research will start on 301 aquatic and terrestrial plant species belonging to 61 families. No vehicles are allowed in the area as all the human waste is cleared. A commission under the Burdur governorship inspects the area twice a week.