Turkey to ride out heat wave indoors with 4-day curfew 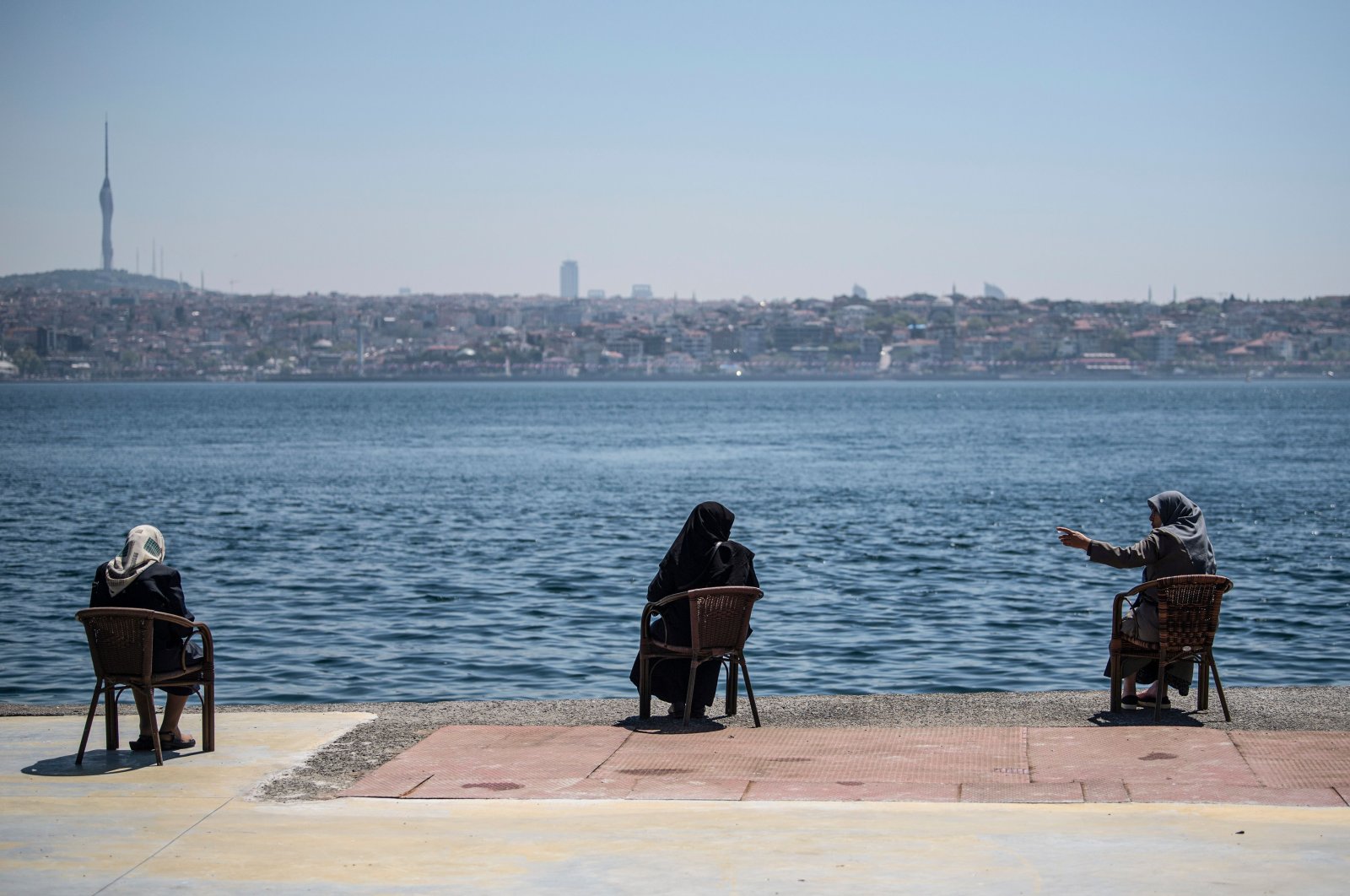 With the usual weekend curfew extended, citizens in Turkey’s 15 provinces will have to cope with increasing temperatures as well as boredom from spending four days at home

Turkey will begin enforcing a four-day curfew in 15 provinces as of 12:01 a.m. Saturday as part of precautions to curb the spread of the coronavirus outbreak.

While the number of provinces that were included in the curfew order was reduced from the initial 31 to 15 as the COVID-19 outbreak was declared under control, the duration of the lockdown was extended due to May 19 being a public holiday in Turkey. Ankara previously made similar decisions to impose extended curfews on public holidays that fell close to the weekends.

During the lockdown, bakeries, hospitals, pharmacies and workplaces deemed essential will continue to operate. Markets and grocery stores, however, will be closed throughout the weekend and will be open on Monday and Tuesday from 9 a.m. to 2 p.m. due to the Muslim fasting month of Ramadan.

Becoming a part of daily life for citizens in much of Turkey’s largest cities since the first weekend curfew on April 11, the four-day curfew will pose an additional challenge this time, however, as a heatwave arriving from Northern Africa is expected to increase temperatures across the country by 6 to 10 degrees Celsius above seasonal standards.

While people across the country, whether locked inside due to the curfew or not, wonder how to cool themselves off, experts warn that air conditioning units could spread the virus and cause further infections, making citizens wary of the most common resort against the rising temperatures.

With shopping malls opening as part of easing coronavirus restrictions, health experts warned that AC units without proper filters or maintenance could circulate the virus in the air. According to experts, without the proper filters, AC units could carry droplets carrying the virus further than they could travel on their own.

The country’s Coronavirus Science Board issued an advisory, urging authorities to shut down AC units in indoor spaces and transport vehicles and rely on open windows or ventilation systems to circulate fresh air from outside.

In line with the advisory, the Metropolitan Municipality of Izmir said all AC units in public busses would be shut down for the foreseeable future and all windows would be opened to circulate air. While Izmir is one of the provinces where the curfew will be imposed, the handful of “essential” workers commuting during the lockdown will find themselves soaking without the AC running as temperatures are expected to reach 34 degrees Celsius in the Aegean city.

With senior citizens across the country set to enjoy a day out on Sunday, experts also warned the elderly to be mindful of the rising temperatures.

Citizens aged 65 and over will be allowed to go outside between 11 a.m. and 5 p.m., one of many moves Ankara is taking to bring normalcy to life with the coronavirus outbreak under control as the number of new cases continues to decline.

Seniors were first allowed to go outside on May 10, initially from 11 a.m. to 3 p.m. but after seeing how the older citizens obeyed the rules and the advice from authorities to wear a mask and practice social distancing, the time allowed was extended by two hours to 5 p.m.

The government initially imposed a curfew for the country’s senior citizens, ordering anyone aged 65 and above to stay home. The curfew was later extended to include youth aged 20 and below, as the number of coronavirus cases increased dramatically.

However, new infections across the country have been on the decline since April 21, prompting Ankara to ease some of the restrictions placed on daily life. According to Health Minister Fahrettin Koca on Thursday, the country saw 1,635 new cases and 55 new fatalities in the past 24 hours.

With the number of people who recovered from COVID-19 surpassing 100,000 and as those who survived their brush with the virus now making up more than 70% of all coronavirus cases in Turkey, Ankara decided to cut back on the measures, even though Turkey never resorted to the draconian measures Europe had to take, despite having dramatic spikes in new cases in late March.

Speaking to broadcaster NTV, a meteorology expert warned the seniors against the dangers of heatstroke and urged them to dress properly for their outing.

“Our senior citizens should be especially careful as some regions will see temperatures rising past 40 degrees Celsius throughout the weekend. Heatstroke due to the sudden increase in temperatures could lead to unfortunate events,” professor Orhan Şen said.

Another expert said the heatwave is expected to last until next week before returning back to seasonal averages.

While the seniors awaited the arrival of Sunday, the country’s younger population also got a taste for life outside on Friday for the first time after spending weeks cooped up inside. Just like allowing seniors to go out on limited durations on Sunday, Ankara allowed teens aged between 14 to 20 to go out on Friday, from 11.a.m. to 3 p.m.

Despite calls from the health minister or other authorities to spend their allowed time with walks or spending time in nature instead of meeting with friends, most of the teens were sighted in small gatherings, chatting their time away with their friends while browsing on their phones.

Others spent their time in parks doing various physical activities they could not do at home.

“I’m happy to be outside. Fresh air and trees are so relaxing. It was winter when I last went outside. I couldn’t get used to the spring and the heat once I got out,” a teenager said in Ankara’s Kuğulu Park.

A young girl said she was simply happy to be outside again.

“I’m excited. I feel like I’m going outside for the first time in my life,” 16-year-old Zeynep Oral said.