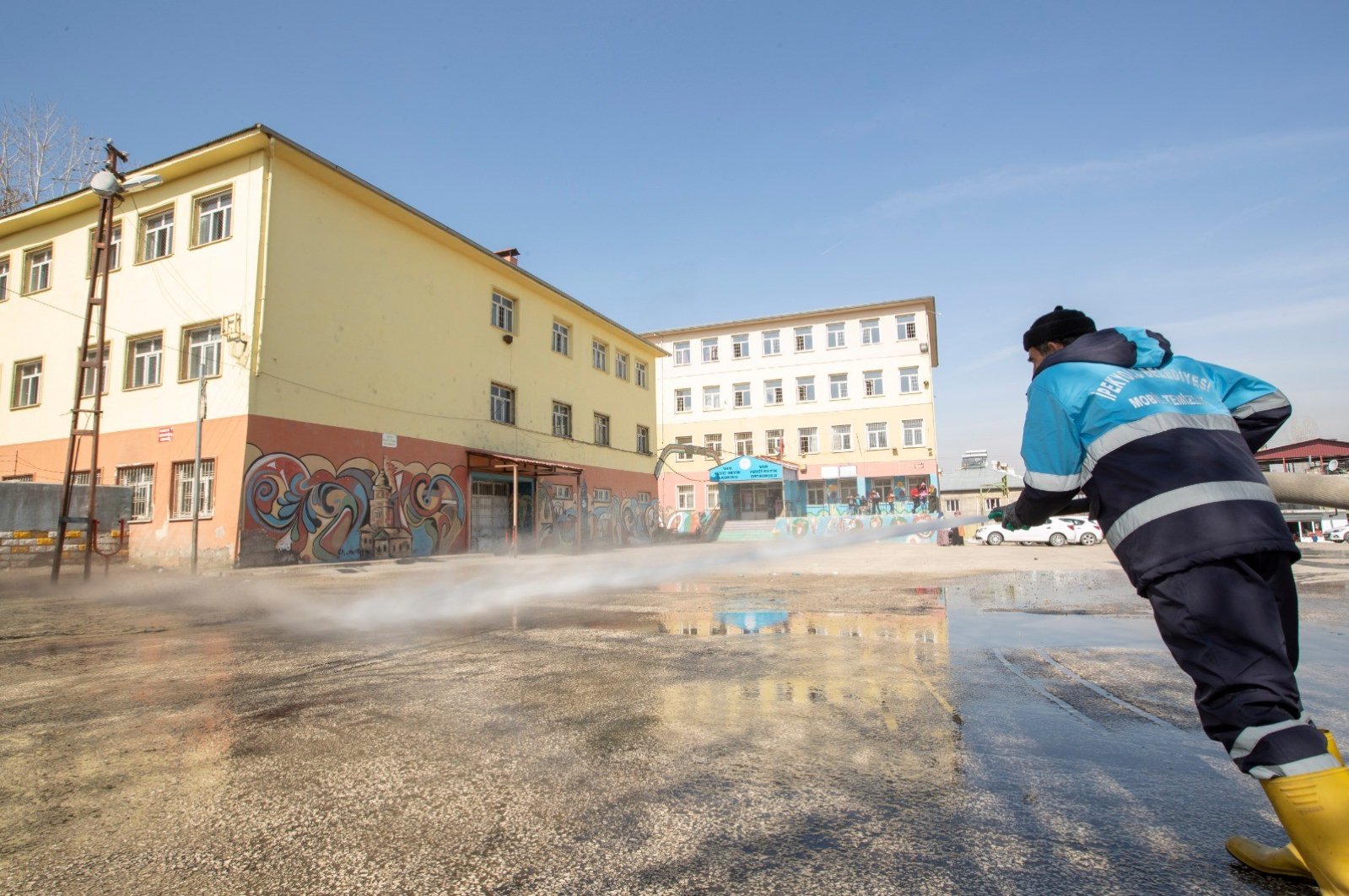 Elementary and secondary schools in Turkey will go on an early spring break for a week on March 16, while universities will be closed for three weeks to prevent the spread of coronavirus, Presidential Spokesman Ibrahim Kalın said Thursday.

After a five-hourlong ministers’ meeting at the Presidential Complex in Ankara, Kalın announced a series of measures that will be taken to prevent the spread of the pandemic in the country.

“Starting March 23, all students will receive online education through the internet and TV,” Kalın said, adding that the education minister will announce further details on the distance learning program for elementary and high school students.

Universities will be suspended as of March 16 for three weeks and will also use the distance learning program, Kalın said.

He added that all sports competitions will be held without spectators until the end of April, a measure already seen in other countries in Europe and other parts of the world.

“We hopefully have the opportunities and ability to overcome this situation without panicking or being overcome by languor,” Kalın said.

Turkey on Tuesday confirmed its first coronavirus case, reporting that the afflicted person was a Turkish male. The patient was immediately put into isolation in a specially designated hospital unit.

The global death toll from the coronavirus has now crossed 4,000, with nearly 114,000 confirmed cases. The virus originated in China but has since reached over 100 countries. The World Health Organization (WHO) said Monday that the "threat of a pandemic has become very real." As part of efforts to contain the outbreak, some governments have closed borders and suspended land and air travel with the worst-affected countries.

Turkey set up a task force of experts following the first emergence of the outbreak, repeatedly issuing new warnings and unveiling ever more stringent measures in the fight against the virus. Thermal screening devices were first installed at airports to prevent the entry of infected passengers from abroad, while flights to and from Italy, South Korea, Iran and Iraq were later canceled.

On Feb. 23, border crossings with Iran were shut down. Iraqi borders have since also been temporarily closed. Meanwhile, municipalities are routinely disinfecting mass transit vehicles and other crowded spaces. On Wednesday, daily rail service between Istanbul and Bulgaria's Sofia was suspended amid coronavirus fears. The Turkish State Railways (TCDD) announced that their trains are being disinfected daily.