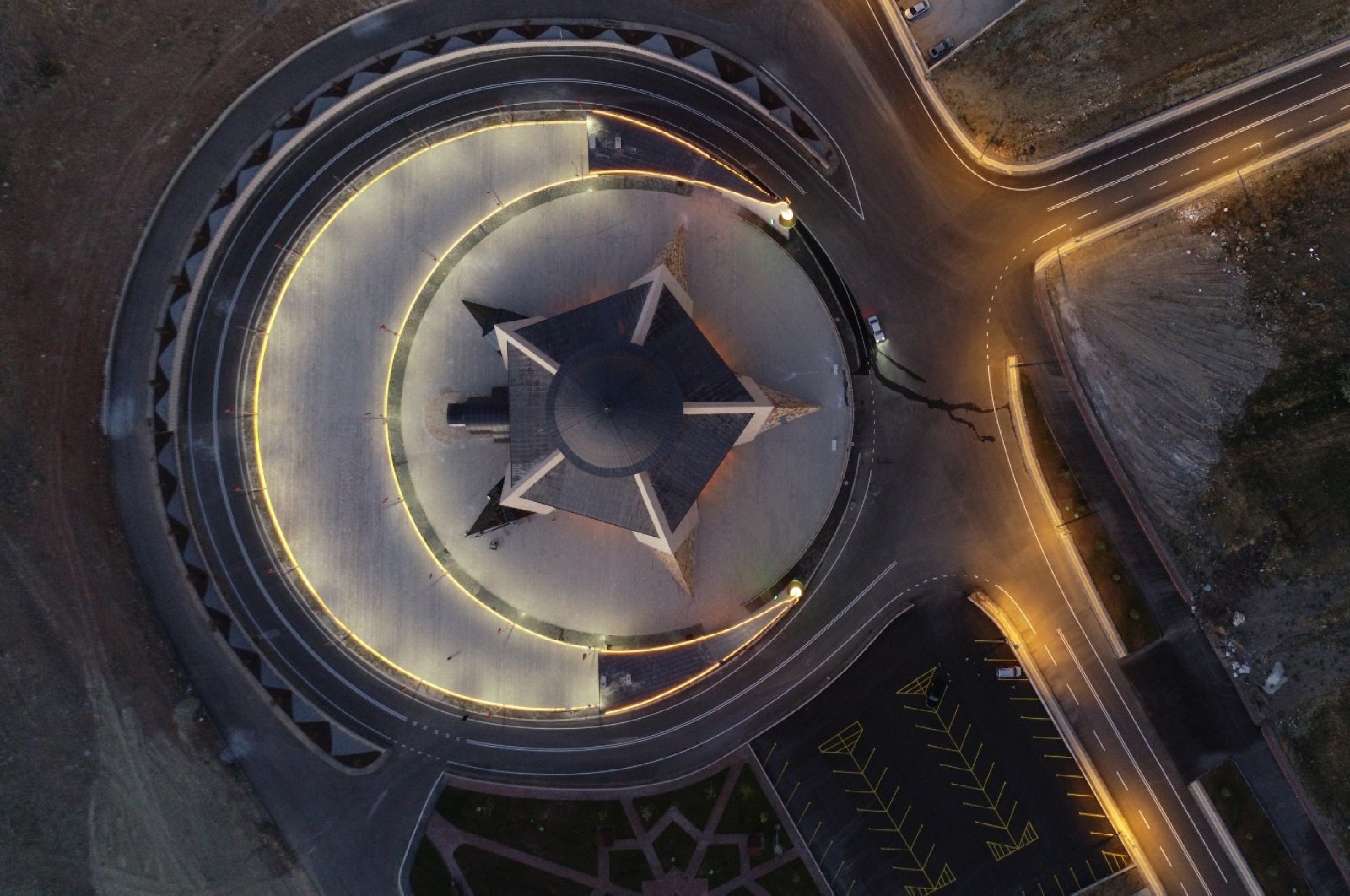 A mosque in the shape of a star and crescent will open for prayers Friday in Turkey’s central Sivas province.

The construction of Yukarı Tekke Ay Yıldız Mosque, which is capable of hosting 3,500 people inside with an additional 4,900 in its yard, began in 2017. Its interior decorations were recently completed with the laying of carpets. The mosque's star-and-crescent architecture is the is first of its kind in Turkey.

The Yukarı Tekke Ay Yıldız Mosque's ornamentation was undertaken by a group of women who had been attending a public course in Sivas. The adornments include paintings of the Arabic letters Alif and Waw that are embellished with the art of philography.

After the inauguration ceremony, Friday prayers will be held at the mosque.