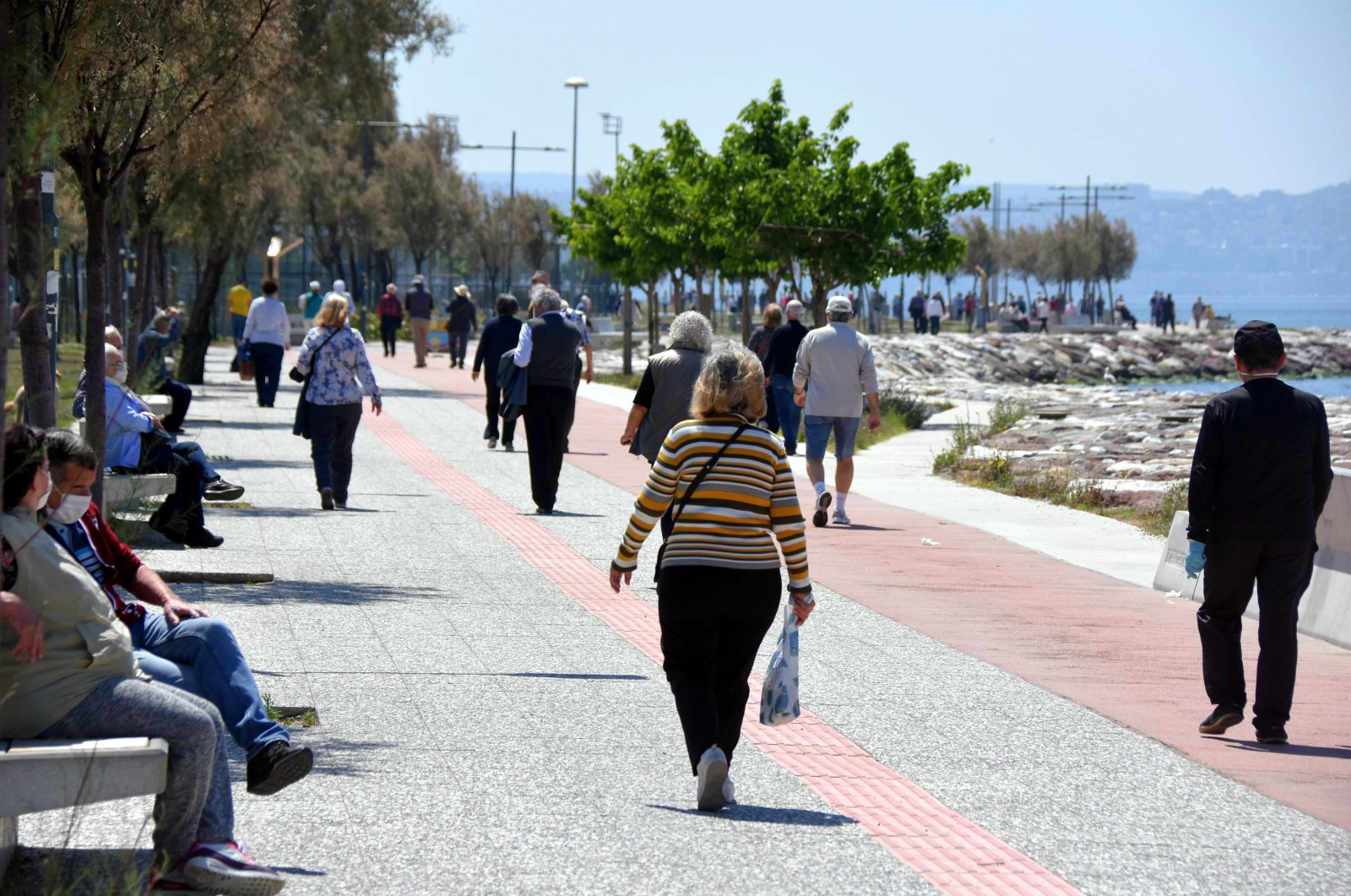 As Turkey has seen a decline in the number of fatalities from the coronavirus pandemic, authorities have moved to ease restrictions.

A weekend curfew remains in place while citizens at the age of 65 and above, children and teens, who were already subject to an ongoing curfew since April, will be allowed to go out for the first time.

Despite these easing-up steps and in light of the decline in daily cases and fatalities, several medical experts still questioned the effectiveness of the weekend curfew, urging Turkish citizens in a harsh tone to abide by rules of hygiene and social distancing even more, as normalization is out of the question until daily cases drop under 100.

Hürriyet daily’s Fulya Soybaş interviewed several experts, one of whom is the dean of Istanbul Faculty of Medicine, Dr. Tufan Tükek.

“After staying at home during the weekend curfew, people tend to think they did what’s expected of them. Apart from that, daily cases and fatalities have declined. All that led to citizens slacking off on strict rules of hygiene and social distancing. But the virus is out there, and it is dangerous,” Tükek was quoted as saying in a piece published on Monday.

“According to my observations, cases have started to jump again. I hope I’m wrong. Eight people I know were suddenly diagnosed. People think that normalization means living like we’re in the pre-coronavirus era. If markets continue to be crowded that much, normalization will be short-lived,” he warned.

“We cannot talk about any normalization until daily cases drop under 100,” Tükek said.

'Only safe place is home'

Coronavirus Science Board member professor Tevfik Özlü maintains a different view on the issue, saying the curfews have been largely effective as an overwhelming majority of people abided by the rules.

“Figures are getting better. But whenever we say this, I don’t know why people get us wrong. It is utterly wrong to read declining figures as ‘everything is back to normal.’ Yes, from now on we will go out more, but if we really have to. People tend to rush to the streets the minute curfew is over. We have to keep this willingness to socialize at a minimum. The only safe place is home,” he said.

“Just take a look at figures from two days ago. Nearly 2,000 citizens tested positive on that day, which means the virus continues to make people sick and kill them. We cannot ignore this. Even though the figures radiate hope, this does not mean the whole situation is over. The virus is out there somewhere, and it will continue to threaten us. We will have a controlled social life from now on. Within the scope of this, make sure to go shopping at times when it’s least crowded. Do not go on Monday and choose Tuesday, when it will be safer,” Özlü added.

Saying that only people who really have to go should leave home, Özlü warned citizens to remain vigilant.

“There are people on the streets only to have some fresh air or fun. This is wrong. And I also see people without masks, which is a very big mistake. You should use every opportunity at your disposal to keep that virus away from yourself. If we don’t cover our mouths, noses and chins, those masks are not going to work,” Özlü said.

“At least 2 meters of social distance is a must. It is also crucial to ensure good air circulation,” he concluded.