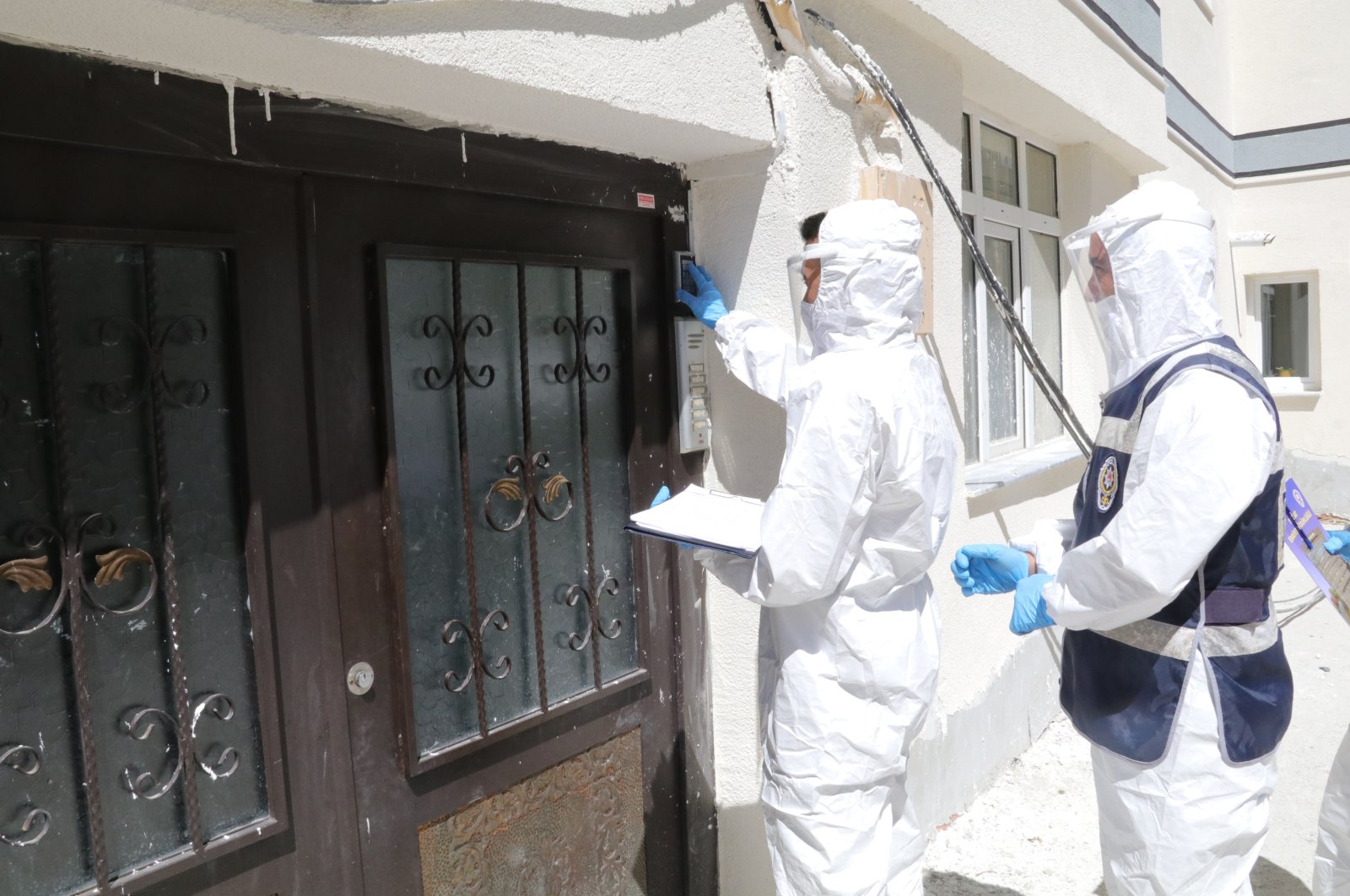 An additional 942 coronavirus patients recovered Tuesday, pushing Turkey's total above 232,000, while more than 5.8 million tests have been conducted during the outbreak

Recoveries are the only silver lining for countries battling the COVID-19 outbreak. Turkey managed to push the number of recoveries to 232,913 as of Tuesday evening with 942 more patients overcame the disease.

With 20 new fatalities, the total death toll rose to 6,016, according to the data provided by the health ministry. The total number of registered cases rose to 251,805.

The country, meanwhile, conducted 82,318 tests to diagnose the virus, taking the tally to more than 5.88 million.

Health Minister Fahrettin Koca tweeted Tuesday evening that the virus was transmitted approximately 10 days ago to those who tested positive for COVID-19 on Tuesday. Of those infected, 7.5% have developed pneumonia. Koca said the number of patients in critical condition increased to 703.

Public negligence of strict coronavirus measures, including mandatory mask-wearing and self-isolation orders for positive patients, is largely blamed for the steady number in new cases. In the past two weeks, the Interior Ministry has started weekly simultaneous nationwide checks for compliance, while local governorates carry out random inspections. The third round of nationwide inspections was held Wednesday with everyone, from governors to police officers, on the streets to monitor people not wearing masks and visiting businesses to see whether they are heeding hygiene and safety rules.

Zekayi Kutlubay, the chief physician of Cerrahpaşa Faculty of Medicine Hospital in Istanbul, which was once one of the busiest hospitals in the city with COVID-19 cases, said the public “cares less” about measures now and this contributes to the rise in the case.

“People are relaxed. They were much more cautious in March and April (first two months of the outbreak). They would not go out unless necessary then. Now everyone is back on the street and does not heed rules as much as before,” he told Anadolu Agency (AA) Wednesday.

The Cerrahpaşa hospital currently hosts 42 COVID-19 patients, including 17 in intensive care. It had a higher number of patients back in April, but the percentage of those in intensive care was not as high as it is now, Kutlubay said.

One bright spot in the current outlook is positive patients with less severe effects of the disease. “Most of the patients we admit are now discharged for self-isolation and home care. Those with acute respiratory problems and high fever remain here. It is not certain if virulence lessened or increasing temperatures helped, but figures show the strength of virus weakened,” he noted. Up to 250 people apply to Cerrahpaşa daily and some 8% or 9% test positive.

Most patients at the hospital are between the ages of 50 and 60 and suffer from other diseases. Kutlubay said most patients are not aware of how they got infected and some admitted they only followed the rules against the outbreak “partially.”

“We see more people coming together, be it a wedding party or a random party. This was not the case a few months ago,” he said. Istanbul is still high on the list for the number of cases, but there has been a dramatic rise in other cities as well. Kutlubay said Istanbul might see another spike in cases once the summer ends. “I see a lot of people not wearing masks or not wearing them properly. People relaxed their own measures, and we have asymptomatic positive cases walking among us,” Kutlubay warned.

With the rise in cases, demand for immune plasma also increases. The complementary therapy helps Turkey reduce the number of coronavirus cases, and resources are adequate to this end. But the head of the Turkish Red Crescent, which oversees plasma donations, warned that more supplies might be needed in the coming days due to the rising number of cases and called on recovered COVID-19 patients to boost donations.

Speaking to AA on Wednesday, Kerem Kınık said they projected a rise in demand, though current supplies are enough to meet the daily requirement. He pointed out that the demand might be higher on a regional basis. “We see a higher number of cases especially in southeastern Turkey nowadays. Our projections show a possible rise in cases in big cities in October and November and hence, a higher need for plasma."

The Turkish Red Crescent began the plasma extraction process and the ensuing treatment during the height of the outbreak in Turkey. Using blood donated by patients who have recovered from COVID-19, medical experts suggest the serum therapy – tried more recently against SARS and Ebola – offers effective treatment for the sick and temporary vaccine-like protection for health care workers and those with weak or suppressed immune systems. Giving infusions of survivors' antibody-rich plasma to COVID-19 patients – who have been intubated in intensive care units and have begun to show alveolar damage or those having trouble breathing – is thought to boost their own body’s defenses to help fight off the virus. Plasma works using the same principle as a vaccine, but unlike a vaccine, any protection is only temporary and offers passive immunity.

Kınık also called for more blood donations. “We have enough blood stock, above the minimum stock level, but the demand is higher compared to other times of the year,” he said. The outbreak had reduced blood donations, though people have started donating again following a normalization process which started in June and a drop in the number of COVID-19 cases.