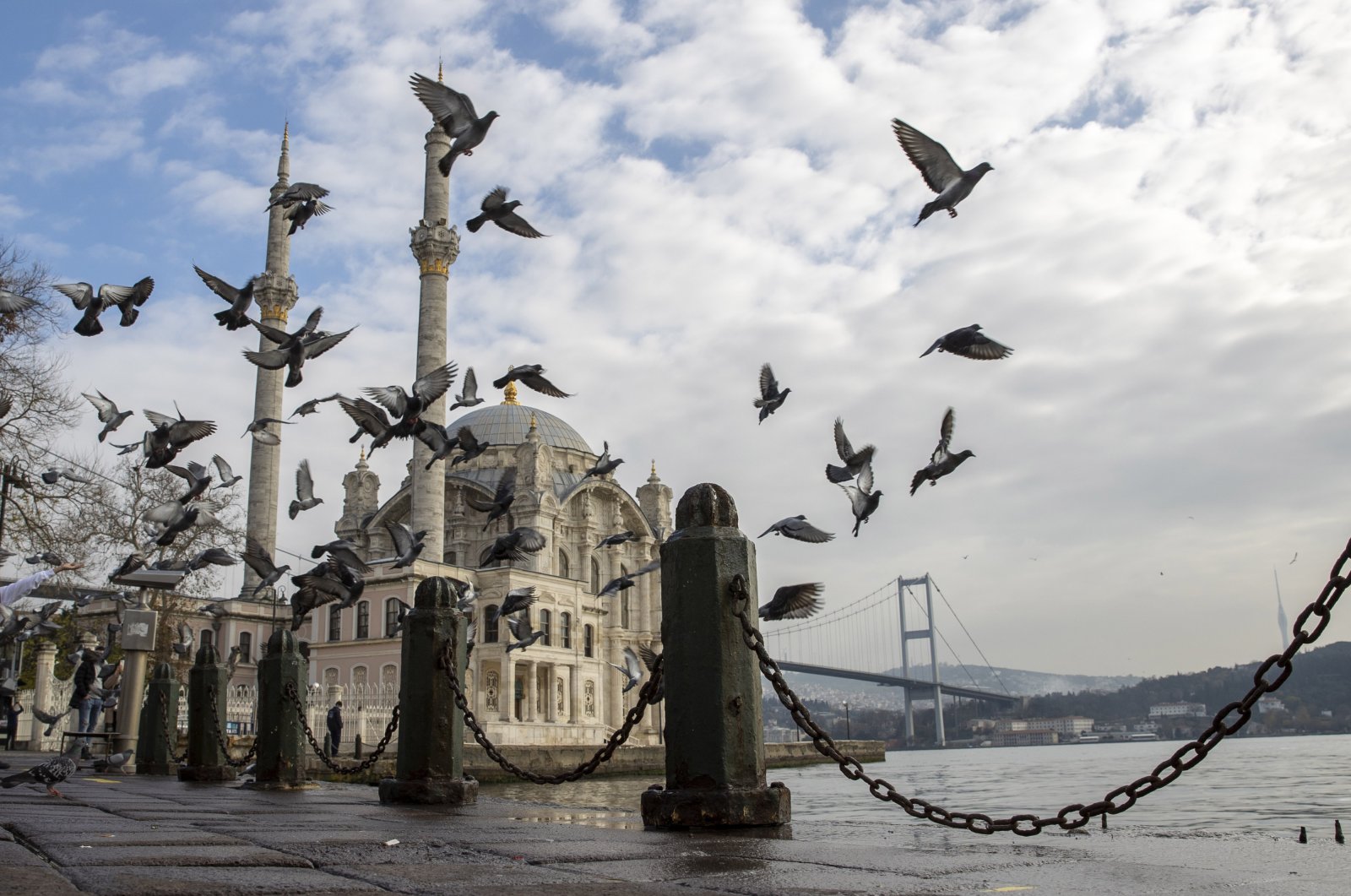 Istanbul's iconic Ortaköy Mosque and its surrounding square is seen empty during a weekend curfew as part of the measures to curb COVID-19 spread, on Dec. 19, 2020. (AA Photo)
by Anadolu Agency Dec 19, 2020 7:53 pm
RECOMMENDED

Turkey reported 22,195 more coronavirus infections, including 4,002 symptomatic patients, over the past 24 hours, according to Health Ministry data released Saturday.

The total number of cases reached over 2 million with the latest additions, the data showed.

The number of patients in critical condition now stands at 5,501.

Stating that the daily number of patients and those in critical condition continue to drop, Health Minister Fahrettin Koca said on Twitter, "We are seeing the results of measures and restrictions."

"We expect to see more evident results in the coming days. The pandemic could only be tackled together," Koca added.

A countrywide lockdown is in effect throughout the weekend as part of measures to curb the recent spread of the pandemic. The curfew began on Friday at 9 p.m. and will end on Monday at 5 a.m. local time.

President Recep Tayyip Erdoğan in late November announced new restrictions, including curfews on weeknights and a full weekend curfew. Some sectors, including production, supply, health, and agriculture are exempt from the curfew. Supermarkets, grocery stores, butchers, dried fruit shops and bakeries operate between 10 a.m. and 5 p.m. over the weekend.

Meanwhile, restaurants only offer delivery services between 10 a.m. and 8 p.m. on Saturday and Sunday.

The COVID-19 pandemic has claimed over 1.68 million lives in 191 countries and regions since last December.

Nearly 76 million cases have been reported worldwide, with more than 42.79 million recoveries, according to figures compiled by the U.S.-based Johns Hopkins University.