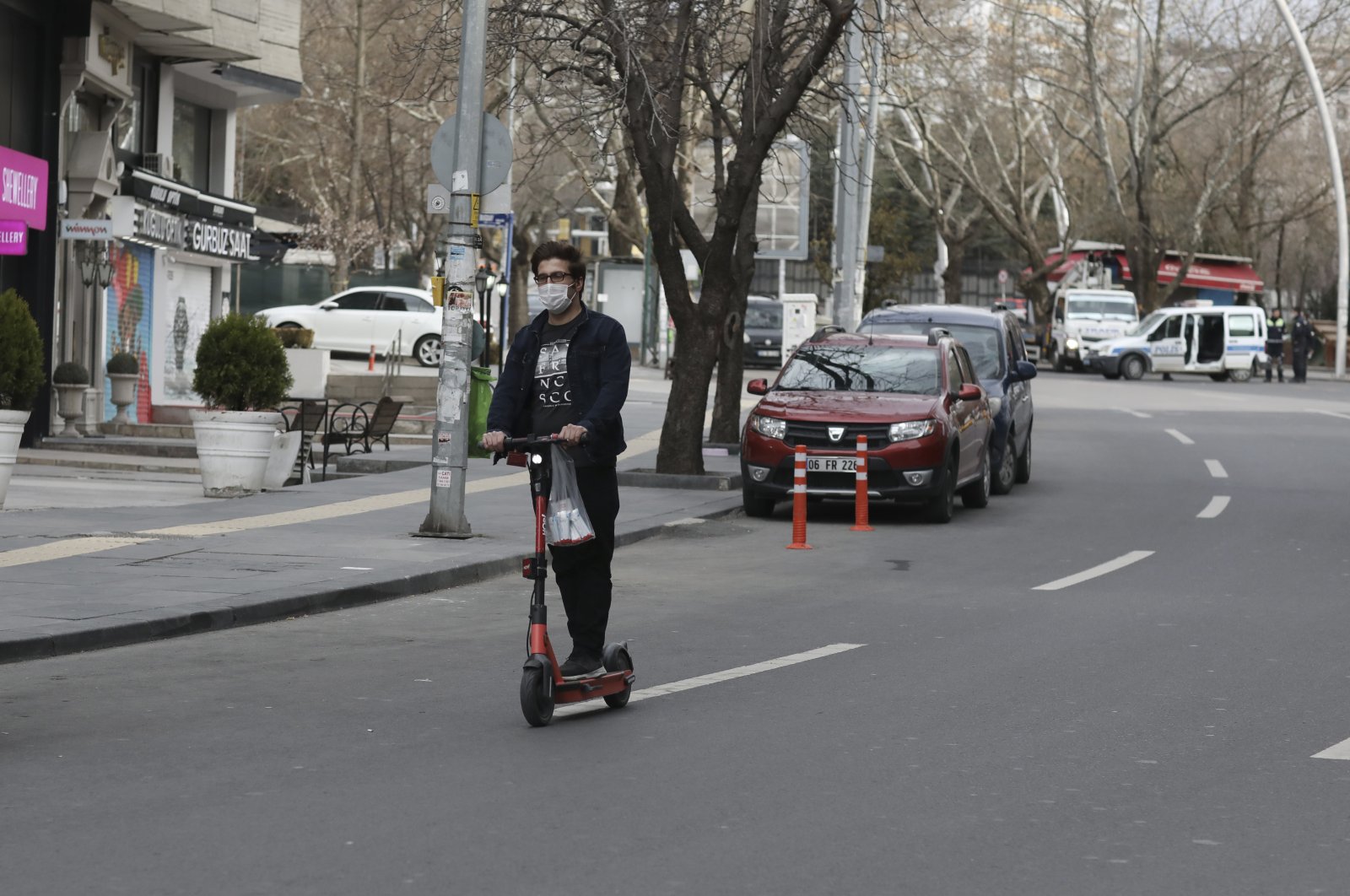 A man wearing a mask to help protect against the spread of coronavirus, rides a scooter down a nearly deserted popular street during a two-day weekend nationwide lockdown, in Ankara, Turkey, April 4, 2021. (AP File Photo)
by Anadolu Agency Jun 13, 2021 8:46 pm

Turkey reported 5,012 new coronavirus cases, including 454 symptomatic patients, over the last 24 hours, according to the Health Ministry.

The country's overall case tally is over 5.33 million, while the nationwide death toll has reached 48,721 with 53 new fatalities.

"If you are 40 or older, you can make an appointment as of this morning. We expect 100% participation," Koca wrote on Twitter.

To contain the virus, Turkey currently has a curfew from 10 p.m. to 5 a.m. on Monday to Saturday and a full lockdown on Sundays.

Since December 2019, the pandemic has claimed over 3.79 million lives in 192 countries and regions, with more than 175.7 million cases reported worldwide, according to the U.S.' Johns Hopkins University.

Turkey has administered over 33.7 million doses of COVID-19 vaccines since it launched a mass vaccination campaign in mid-January, including first doses to nearly one-fourth of Turkey's population of some 83.6 million, the Health Ministry announced Sunday.

More than 20 million people have gotten their first doses, while nearly 13.7 million have been fully vaccinated, according to ministry data.

During the last week, over 3 million coronavirus vaccine doses have been administered in Turkey.