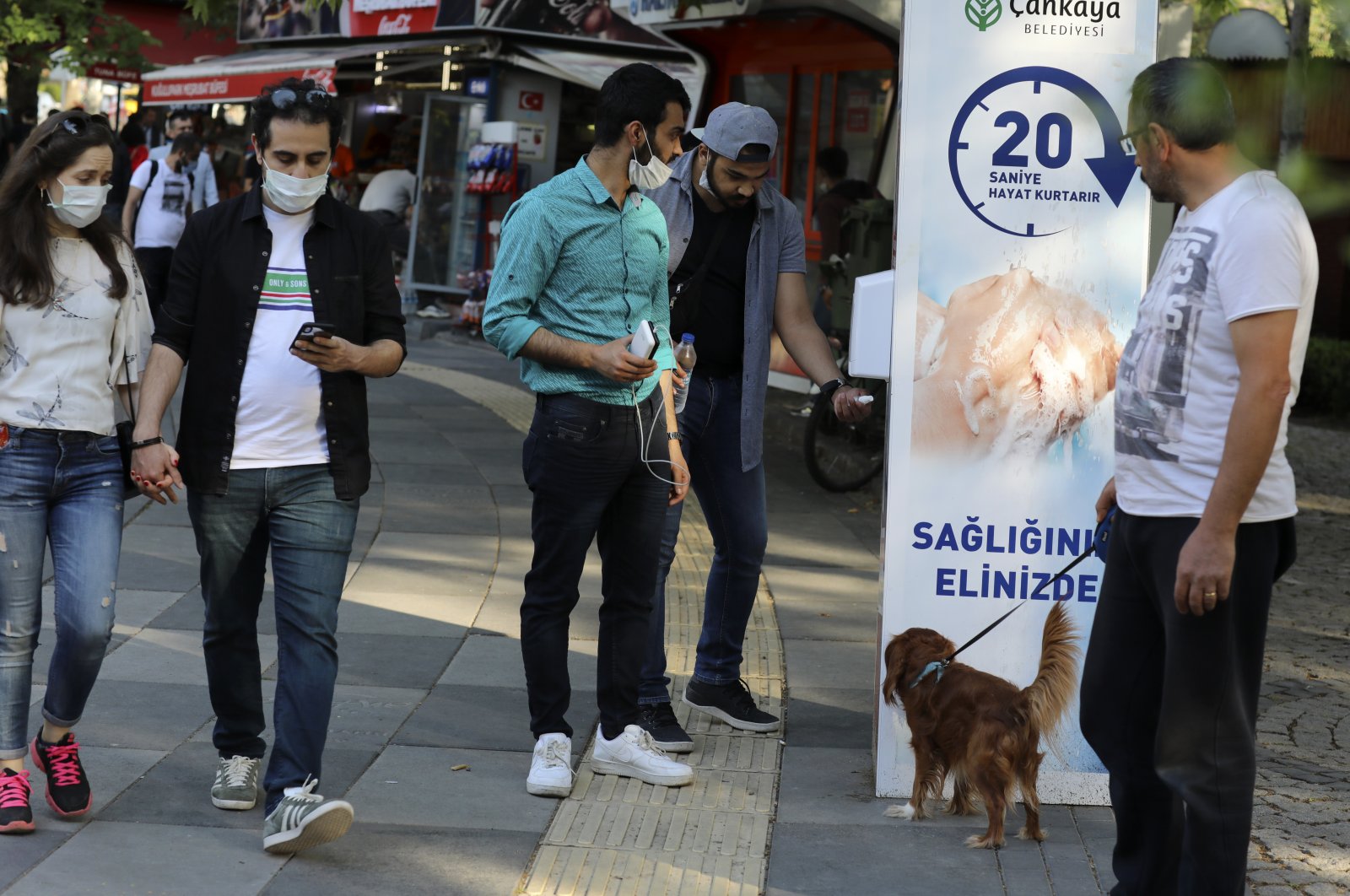 According to the minister, the daily death toll increased to 18 as well, compared to 15 on Sunday, to reach a total nationwide toll of 4,825. Meanwhile, 722 patients were reportedly in critical condition, with 291 of them intubated.

“Compared to yesterday, our numbers of new infections rose by 30, while numbers of critical and intubated patients increased by five and one respectively. The increases are concentrating in specific areas," Koca wrote on Twitter.

"Complacency or fighting? We can stop further increases by practicing social distancing and wearing a mask. We have the power,” the minister wrote, in his latest warning to citizens to not get lax on following the rules to avoid spreading the virus.

The minister’s latest warnings came as Turkey has registered an increase in new infections. Turkey’s number of daily new cases had been on a downward trend since April 21, with the health ministry reporting less than 1,000 daily figures for much of the last month.

But for the last five days, Ankara has been reporting increasing numbers, with daily cases spiking as much as 22% in a single day.

The health minister has repeatedly warned that the normalization process would not mean citizens could go back to living as they did before the outbreak, not unless a vaccine or a drug for the virus was developed. Koca has been issuing repeated warnings to citizens to wear a mask and practice social distancing in what he called the "controlled social life" period.

But it seemed the minister’s warnings have fallen on deaf ears as media outlets and social media were awash with scenes of people mingling freely since the lifting of restrictions, most of the time not wearing masks and not paying attention to social distancing rules.

Experts at Turkey’s Coronavirus Science Board have said while it was still too early to officially call it a second wave, they still called it an alarming and potentially dangerous development in the country’s fight against the outbreak.