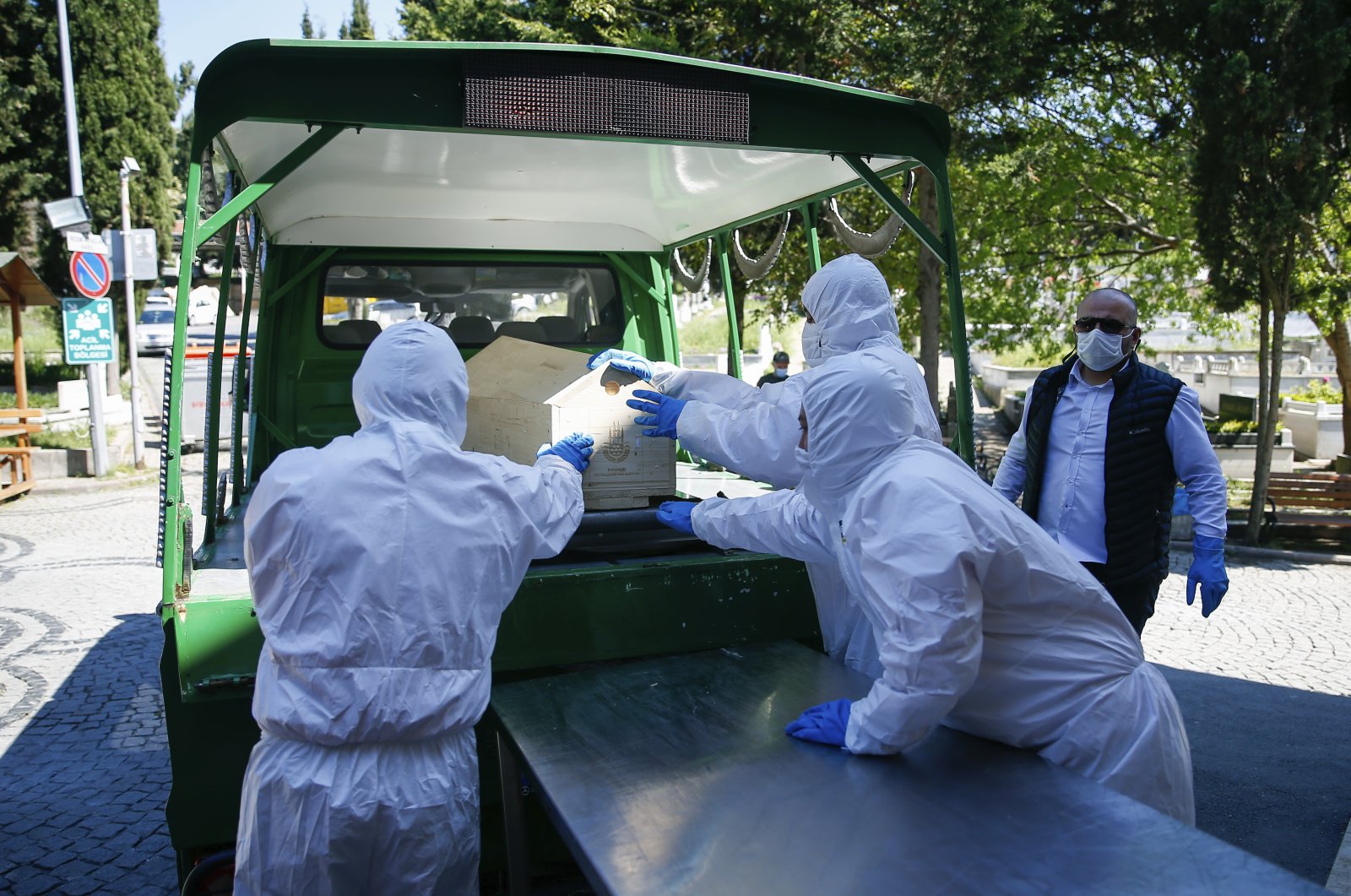 Days after declaring the coronavirus outbreak under control, Turkey recorded its lowest daily COVID-19 death toll in more than a month with 41 fatalities, signaling further improvement of the crisis

Forty-one more people died from COVID-19 in Turkey in the past 24 hours, bringing the country’s death toll to 4,096, Health Minister Fahrettin Koca said Saturday in a Twitter post, which has become the minister’s preferred medium for informing the public about the latest virus numbers in the country.

The minister also said 1,610 new infections were confirmed, which brought the total number of cases to 148,067 in the nation of 82 million people. More than 108,000 people have recovered, according to the stats shared by Koca.

While more than 4,000 deaths to COVID-19 were nothing to celebrate, Saturday’s daily fatalities marked the lowest for Turkey in more than a month. Turkey last saw similar numbers on March 30, with 37 daily deaths, just 20 days after Ankara announced the country’s first confirmed case.

While Turkey’s death toll to COVID-19 has never been as grim as some European countries, or the United States, the decrease in death rates and the new cases meant that the uncontrolled spread of the virus was under control.

When asked how Turkey managed to record lower death tolls despite an initially high infection rate, Koca and other authorities, including President Recep Tayyip Erdoğan, attributed the country’s success to its expansive health system.

Despite the fact that trying to carve up a success story by comparing deaths is an ugly business, there is indeed a striking difference between Turkey’s death toll and other countries with similar population densities.

The U.S., one of the world’s leading countries both in terms of health care and economy, recorded 90,113 deaths, almost triple that of the next country with the second-worst fatality rate. While the U.S. has an estimated population of 328 million, around four times that of Turkey, Washington has still recorded 22 times more fatalities than Ankara.

Compared to the U.K., the country with the second-most deaths, the difference is even more striking. Despite having a smaller population than Turkey – around a 16 million difference – London announced 34,466 deaths as of Saturday, with the figures indicating a rate of 508 deaths per 1 million of the population. Several other European countries had similar death rates as well, with Spain standing at 590 deaths per a million people, Italy at 525 per million and France at 423, while Turkey’s figure stood at 49 fatalities per 1 million.

So why the huge difference? While many experts around the world say it’s quite difficult to come up with an acceptable death rate while the pandemic is ongoing, others attributed the difference in numbers to varying demographics, such as the population of elderly citizens in a country, the group for which the virus is most lethal.

While it will still take time to scientifically prove whether demographics played a role in different reported death tolls between one country and the next, statistics backed up the claim, at least for the time being.

According to the statistics, the median age in Turkey stood at 31 years, while in Spain and in Italy the same figure was recorded as 43 and 45 years, respectively. Further proving the theory, Koca said 92% of those who died of COVID-19 were aged 65 and older, an age group that makes up 7.8% of Turkey’s population. Meanwhile, the same age group makes up 18% in Spain and 21% in Italy.

While the demographics show the highest risk group is smaller in Turkey, it does not add up to the substantial difference between death tolls. Hence, the question’s true answer lies within Turkey’s expansive health care, according to the health minister. During his press conferences, Koca repeatedly attributed Turkey’s success in dealing with the coronavirus crisis to a well-grounded health system and resilient health workers.

Calling the way Turkey handled the virus outbreak an example for other nations around the world, Koca said Turkish doctors and experts were being sought by their foreign counterparts for information sharing.

“International TV channels air our success for their viewers. Doctors from across the world are requesting information from their Turkish counterparts,” Koca said in a press conference last week, also crediting citizens for contributing to the success by following the rules.

“The owner of this success is the 83 million people who followed the rules to the letter.”

A similar sentiment was voiced by President Recep Tayyip Erdoğan, who thanked citizens for “dutifully and respectfully complying with the rules."

During the same press conference where he declared the outbreak under control, Koca also credited the country’s contact tracing team for containing the outbreak.

“A team consisting of 6,239 members reached out to more than 722,000 people who came into contact with confirmed patients. Therefore, people who were likely to have contracted the virus were quarantined before they became carriers and further infected others. We stopped the outbreak from further spreading with close follow-ups. If we had solely focused on the patients alone, it would have been a disaster,” he said.

Koca also praised the country’s hospital network, with the country boasting a higher intensive care unit capacity than their counterparts.

Soon after the outbreak began in the country, Ankara quickly ordered the construction of additional pandemic hospitals, while the Health Ministry ordered any hospital with at least two specialists in infections, pulmonology, internal diseases and clinical microbiology to serve as a coronavirus pandemic hospital. Ankara also expedited the construction of ongoing city hospitals.

One such hospital, Başakşehir City Hospital, was partially opened last month to assist in Turkey’s fight against the COVID-19 outbreak.

Set to be the largest in Europe in terms of intensive care units (ICU) once it is fully opened, the massive health care complex in the eponymous Istanbul district has the ability to convert all of its beds into ICU beds if the need arises.

The Health Ministry also started constructing two field hospitals on the European and Asian sides of Istanbul, the city with the highest number of cases. The hospitals will have a 2,000-bed capacity.

Announcing that the construction work for the pandemic hospitals was progressing according to projected time frames, Erdoğan also said 10 city hospitals have been completed so far, and the construction of the remaining eight would be finished by the end of this year.

Hailing the hospital and the expansive health system in general, Erdoğan said Turkey proved its self-sufficiency in dealing with the coronavirus crisis.

“Turkey has shown its strength by being self-sufficient at a time when global alliances and organizations have ceased to have meaning,” he said.