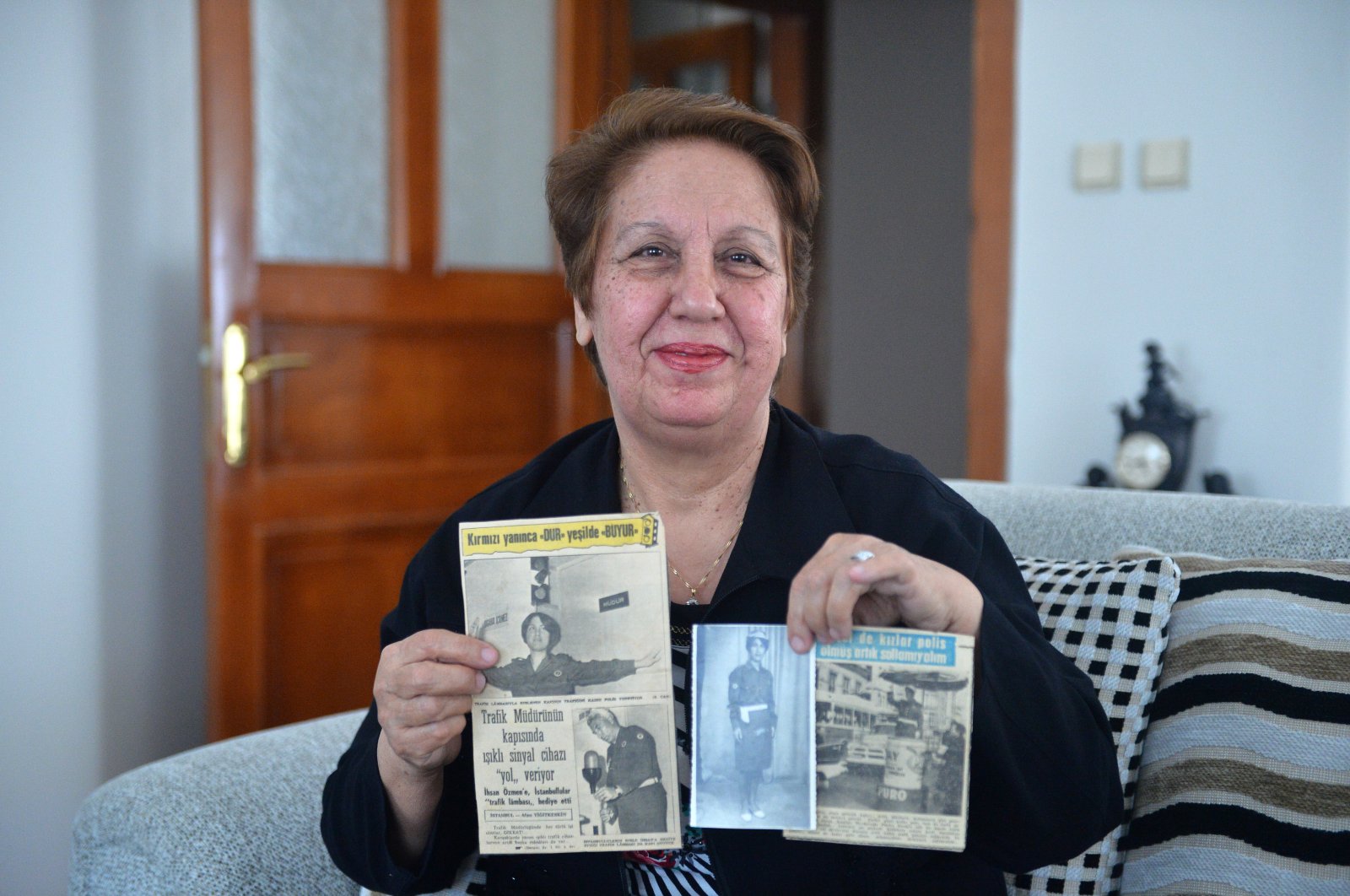 Turkey's first female traffic police officer reminisced about her career that started when she was just 18 in Istanbul, Turkey's most crowded city, in 1968. Fikriye Yavuz, a 71-year-old retired police officer, shared her memories with Anadolu Agency (AA) about the days when she would direct traffic in Istanbul.

Yavuz, now living in Mersin, a port city in southern Turkey, said after graduating from high school, she had applied to become a police officer when she saw a job ad in the newspaper. However, she did not know if women would be hired as traffic police. Yavuz said a telegram was delivered to her house, but her father had hidden it from her. Later she found out about the letter thanks to her brother. Her father did not want her to take the job, but after days of trying to convince her father, she succeeded. "I was Turkey's first-ever female traffic police officer. People would find it strange, be surprised and some would admire it." "I was also excited about it since I came to a big city from the countryside," Yavuz said.

As the first woman to lead traffic, Yavuz said a uniform was sewn especially for her at the time. Yavuz said many journalists would knock on her door during those times to share her story.

Headlines like "People who watched the first female trafficker with curiosity caused traffic jam" and "Pretty girls have become police, let's not overtake" filled the pages of newspapers, Yavuz said. "Now, when I see female traffic police officers, I instantly feel happy. I wish in my time we were also as crowded as now so then I would not have drawn so much attention," she said. Yavuz, who has kept her service documents, old newspapers and her uniform, says they are symbols of her life.

As Turkey's first female traffic police officer, Yavuz started her journey in Istanbul and later worked in several branches of the Turkish National Police. She gave lessons in the academy, became a chief inspector and retired as a police chief in 2009.