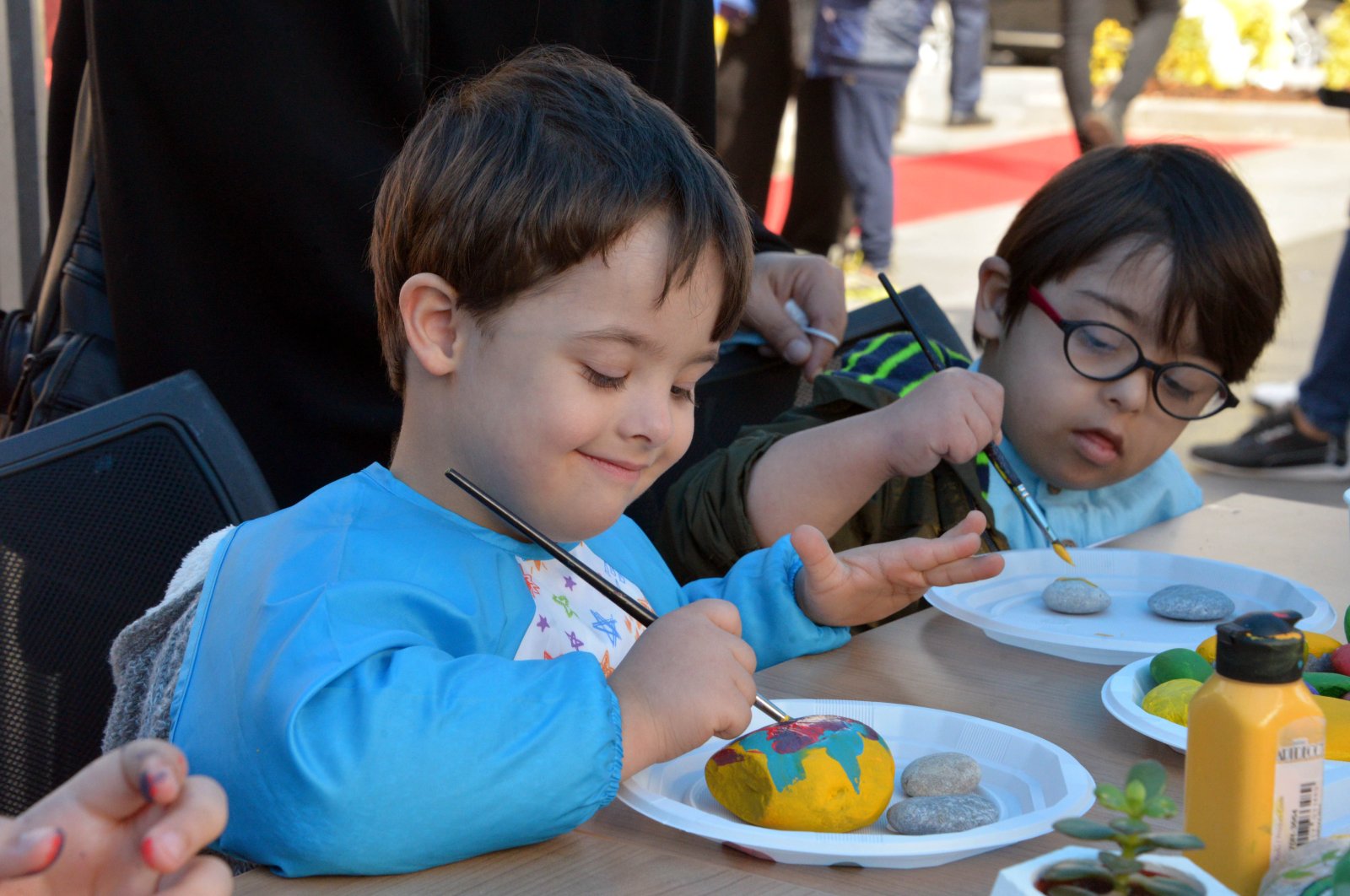 Children with Down syndrome enjoy a special event organized by the Onikişubat Municipality in southern Kahramanmaraş province on the World Down Syndrome Day, Mar. 21, 2021 (DHA Photo)
by Daily Sabah with Agencies Mar 21, 2021 3:12 pm

First Lady Emine Erdoğan called on the public to support those with Down syndrome on Sunday in a message on World Down Syndrome Day.

"I invite everyone to stand by all people with Down syndrome, so that they can participate equally in life," she said on Twitter.

"I wish to bond with each other by the power of love," the first lady added.

March 21 is observed annually to raise awareness about Down syndrome, the genetic chromosomal disorder.

Down syndrome is a genetic disorder that influences development throughout life, causing intellectual and physical disability and associated medical issues, according to U.K.-based charity Down Syndrome International (DSI).

DSI says, that in recent years, Down syndrome has become more common, affecting approximately 1 in 800 children born, depending on the mother's age and on prenatal screening rates.

Worldwide, around 220,000 babies are born every year with the condition, according to DSI.

According to Turkey's National Down Syndrome Association, nearly 1,500 babies are born each year with Down syndrome in Turkey. There are more than 100,000 people in the country with the disorder.