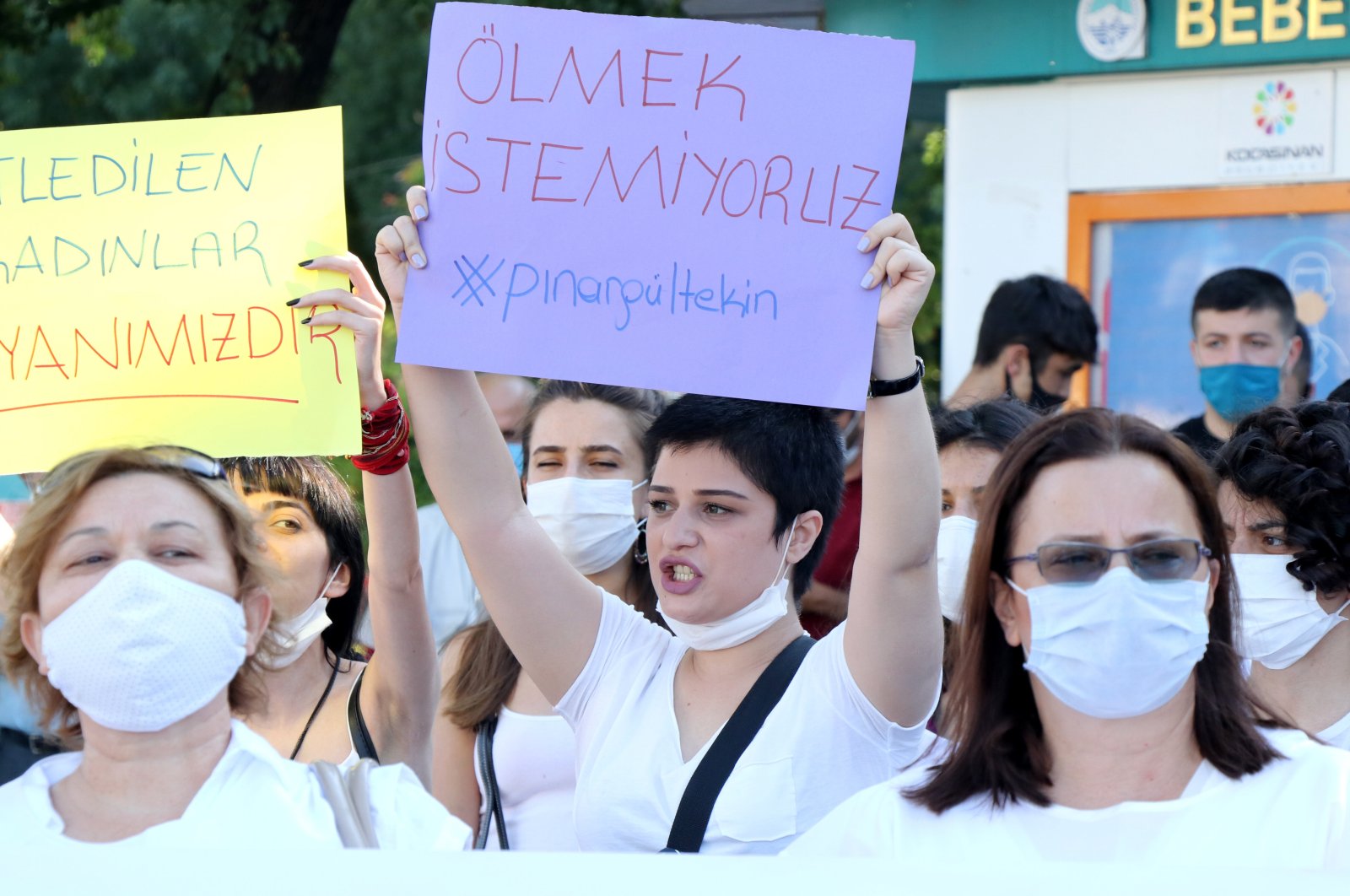 A woman holding a placard reading "We don't want to die" during a protest of the murder of Pınar Gültekin, the latest victim of femicide, in Kayseri, central Turkey, July 25, 2020. (AA Photo)
by DAILY SABAH Sep 27, 2020 2:59 pm
RECOMMENDED

The brutal killings of women at the hands of their spouses in Turkey, which raised a public outcry in recent years, prompted the government to boost measures to stop domestic violence. The Sabah newspaper reported on Saturday that women will be provided police protection even if they do not press criminal charges against their assailants for fear of reprisal.

The Interior Ministry sent a circular to the governorates of 81 provinces, citing that the ministry worked with other ministries to prevent violence targeting women.

Under the ministry’s instructions, security forces will handle each case more carefully and will analyze the past criminal records of the perpetrators of violence. They are ordered not to allow perpetrators with a history of violence to get close to their victims and protection will be immediately implemented for women in ongoing cases of domestic violence. In some cases, families of the slain victims had claimed that culprits have gone unpunished and women were not provided protection in earlier instances of domestic violence. If the victim is in a situation where her life is in direct threat, police will assign a security detail, regardless if she requests it or not.

Violence against women makes headlines on a regular basis. There was a 34% decline in the rate of femicides in Turkey in the first six months of 2020, according to the Interior Ministry. While 173 women were killed in femicides from January through June in 2019, this number dropped to 115 in the same period in 2020.

Last year, the government unveiled a comprehensive action plan to fight domestic violence. The plan is the joint work of ministries, including the ministries of justice, interior, national education and health ministries, along with the Presidency of Religious Affairs (DİB). Among the measures includes the assigning of specialized courts for the implementation of Law No. 6284, which came into force in 2012 to give women more legal options and protection against domestic violence.