Turkey’s locally made COVID-19 vaccines move to next stage 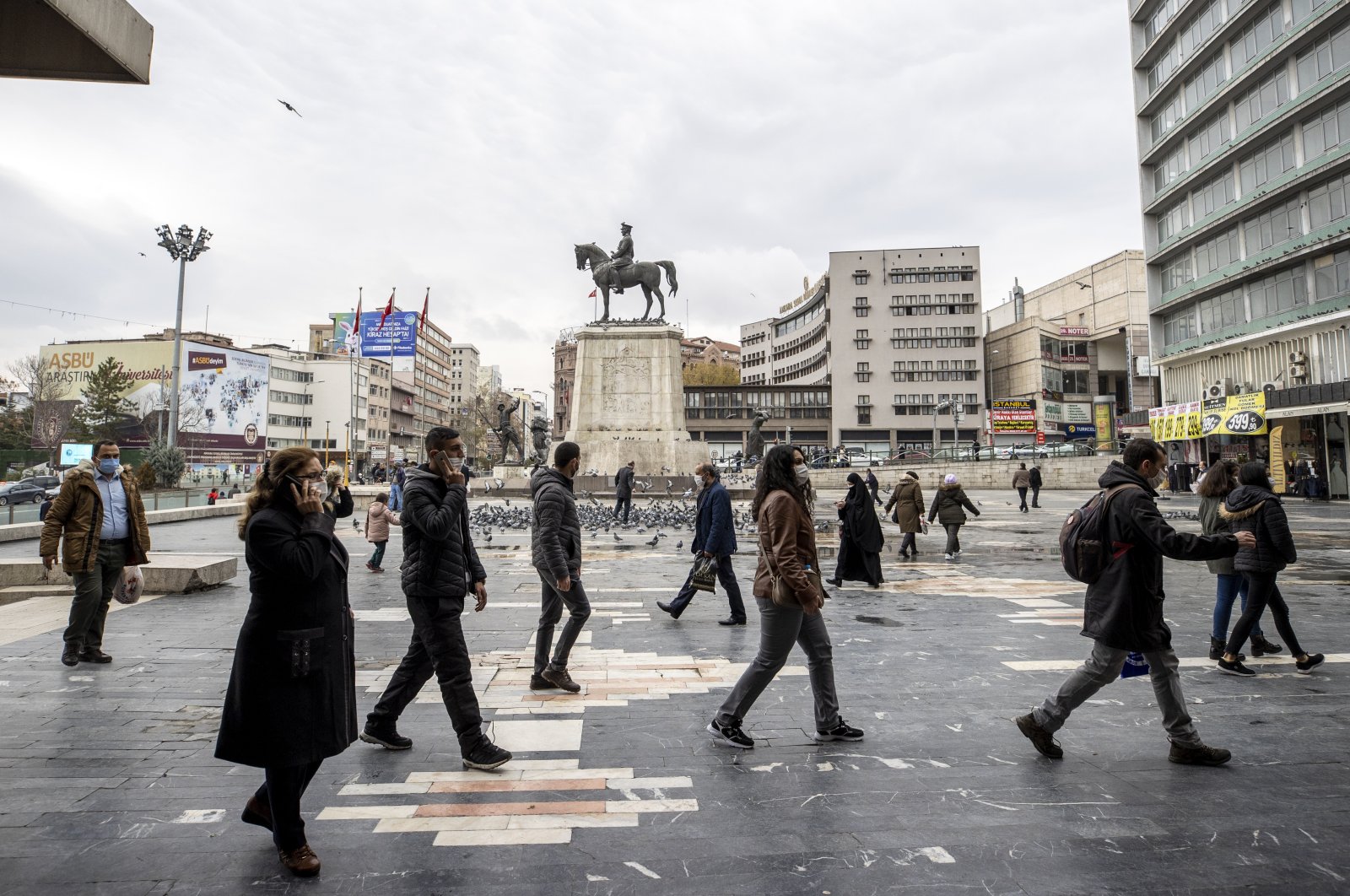 As it eyes imports of vaccines against the coronavirus, Turkey is also striving to produce its own. A team of scientists and public agencies working on the development of vaccines and drugs against the deadly disease came together at a conference Thursday in the capital Ankara. Speaking via video link, Minister of Industry and Technology Mustafa Varank announced that four vaccines developed in the country have successfully passed animal trials and are headed for Phase 2 clinical trials. One of two facilities for mass production of the vaccine for human trials also received approval for production, the minister announced.

The country set up a COVID-19 platform in the early days of the outbreak to develop drugs and vaccines against the virus under the supervision of the state-run Scientific and Technological Research Council of Turkey (TÜBITAK). ERUCOV-VAC, developed by scientists at Erciyes University in the central province of Kayseri, moved to the human trial phase in November. TÜBITAK’s platform which brings together hundreds of researchers from 25 universities, public research bodies and private firms, includes 17 projects on medicine and vaccines against the virus.

Varank said Turkey developed important capabilities for locally made vaccine and drug technologies, and scientists are racing against time. “Researchers pooled their knowledge, resources and labor and brought together different disciplines against one common threat. The platform is exemplary in the world. Currently, they are working on nine projects to develop drugs for treatment and immunity and eight projects on vaccines,” the minister said.

The minister also noted that Turkey has stepped up its vaccine production ability, with three Turkish firms boasting the capacity to produce 160 million doses of vaccines.

The country expects to receive the first shipment of the COVID-19 vaccine from China in the coming days and plans to begin inoculating the population soon afterward. Turkish officials are also in talks with Russia and are negotiating with U.S.' Pfizer and Germany's BioNtech to obtain the vaccines. Professor Tevfik Özlü, a member of the Health Ministry’s Coronavirus Scientific Advisory Board, told broadcaster CNN Türk on Wednesday that Turkey also signed a deal for shipment of the Oxford-AstraZeneca vaccine.

Issuing a written statement after a meeting of the board on vaccine developments late Wednesday, Health Minister Fahrettin Koca said they discussed plans to implement a vaccination strategy for the “inactive vaccine,” referring to CoronaVac developed by China’s Sinovac, which has been in human trials in Turkey for the past few months. “Our promising domestic vaccine studies will play a role in resolving the problem in the medium and long term. The Phase 1 clinical trial of an inactive vaccine has already come to an end and is being prepared for Phase 2 studies. The particle vaccine has also reached the Phase 1 stage, and after the necessary investigations, the first research products will be produced and put into use,” he said. He noted that chronic toxicity studies of Russia’s Sputnik V vaccine were also being carried out.

“Based on the available data, it has been stated that there are no significant side effects in the Phase 3 studies conducted in our country, as well as the information obtained on the reliability of the inactive vaccine," he said. "We believe that we will conduct a vaccination campaign that will be an example to the world, especially in our Family Health Centers, together with our universities, public and private health organizations and all our citizens," he added.

Turkey has struggled with a surge in coronavirus cases, but recoveries surpassed new cases for the first time in months on Wednesday. The total number of cases since the beginning of the outbreak in Turkey in March stands above 1.9 million while recoveries exceeded 1.6 million. The death toll is currently at 17,121 while the total number of tests reached 21.7 million. The government this month reimposed weekend lockdowns as well as nighttime curfews amid a spike in infections and deaths.

Another virus, meanwhile, was completely eradicated, Minister Fahrettin Koca said late Wednesday. He said the World Health Organization (WHO) Regional Committee for Europe declared that the rubella (measles) virus in Turkey was completely destroyed after an interruption to the virus’ circulation in the country for three years in a row between 2017 and 2019.

"Besides a strong primary health care network supported by the vaccine registration system and cold chain logistics followed online, the persistent efforts and sacrifice of our health personnel who have been working on this issue for years are the main owners of this success,” Koca said.