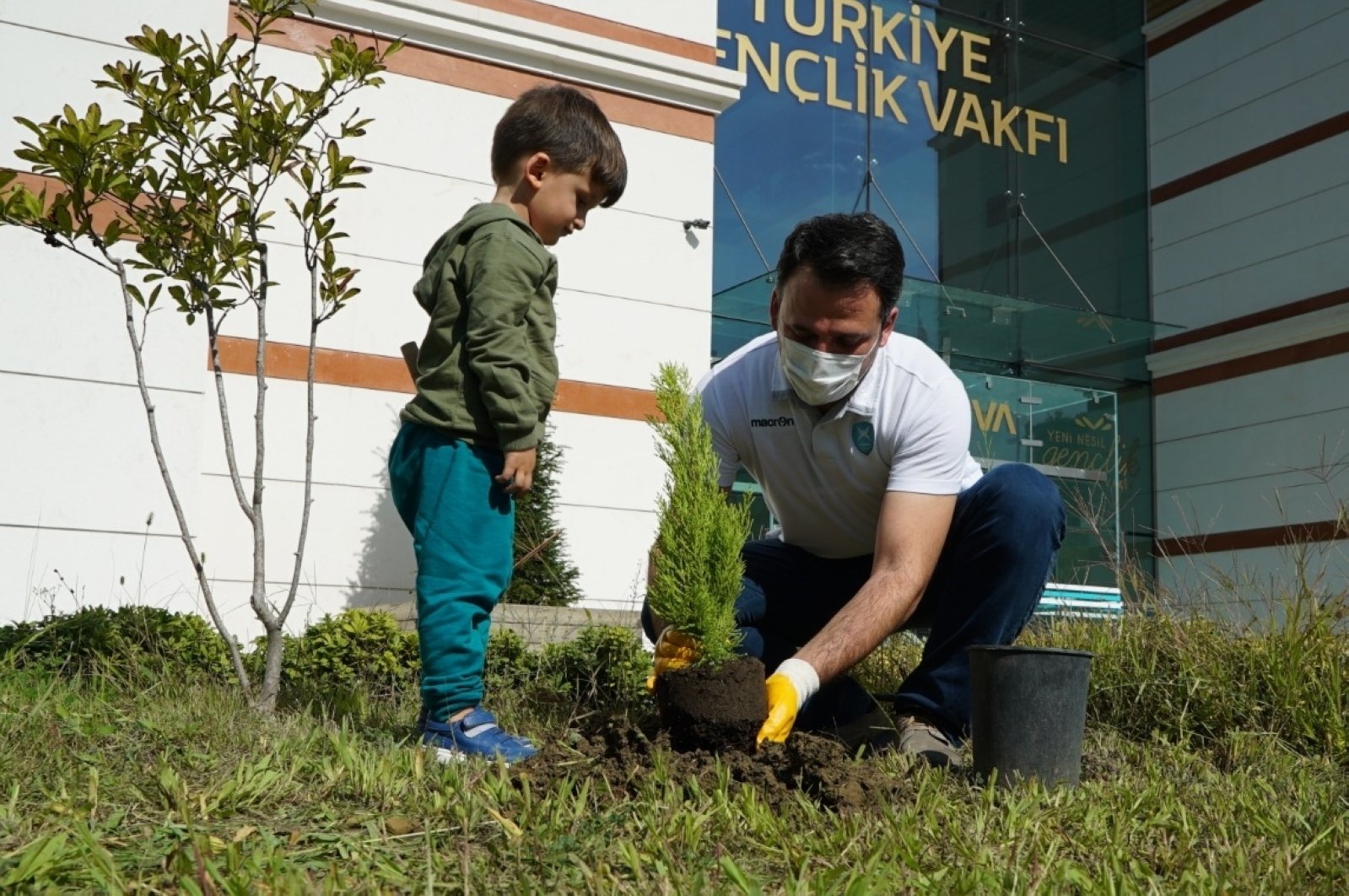 Millions are expected to turn up to plant saplings for November’s National Forestation Day, while Turkey plans to include other countries in efforts to expand its forests this year

The "Breath For the Future" campaign launched last year by the government will return on Nov. 11. Agriculture and Forestry Minister Bekir Pakdemirli said this year's saplings will also be planted in 35 other countries along with Turkey.

The campaign aims to boost the number of forests in the country, which fights desertification and has faced a surge of forest fires in summer months.

Speaking at an event organized by Turkuvaz Media Group on the future of agriculture and forestry in the western province of Izmir on Thursday, Pakdemirli said the campaign was one of the most successful in Turkey for mass planting efforts. During the campaign, Turkey set a new world record for planting the most saplings in an hour, with 303,150 saplings planted. Overall, more than 13 million saplings were planted in the campaign held simultaneously across the country. The effort saw top officials, including President Recep Tayyip Erdoğan, joining the work. Nov. 11 was declared National Forestation Day.

The ministry will supply one sapling for free for each household for the day this year. Bekir Karacabey, head of the General Directorate of Forestry, told Anadolu Agency (AA) on Friday that expanding the forests was vital for future generations, and Turkey was setting an example for other countries with its planting efforts. He said they aimed to increase the rate of forests in Turkey’s total area from 29% to at least 30% within the next three years.

The country was already engaged in large-scale planting efforts by the government, but it expanded its scope to include the public to mobilize last year. Along with creating new forests, the efforts aim to restore the forests that fell victim to fires. Last year, more than 47,000 acres of land were planted with saplings. A diverse array of saplings were planted, from spruce, cedar, black pine, scotch pine, birch, walnut, almond, mulberry, wild pear to rosehip, lavender and ash trees. Fruit trees were planted in areas frequented by wild animals to aid their survival. Karacabey said the campaign will also help decrease greenhouse gas emissions.

Mass planting will help Turkey regrow the forests it lost to fires. The official figures from August show that between January and that month, 1,800 forest fires damaged an area of 4,298 hectares (42.98 square kilometers) across the country. Causes of fires vary, but they mostly stem from the negligence of the public, leaving flammable material behind in the forests; while the PKK terrorist group was behind some fires found out have been a result of arson. Turkey stepped up preventive measures against the fires, tapping into technology and increased manpower. Since last year, it also uses drones to monitor the forests.