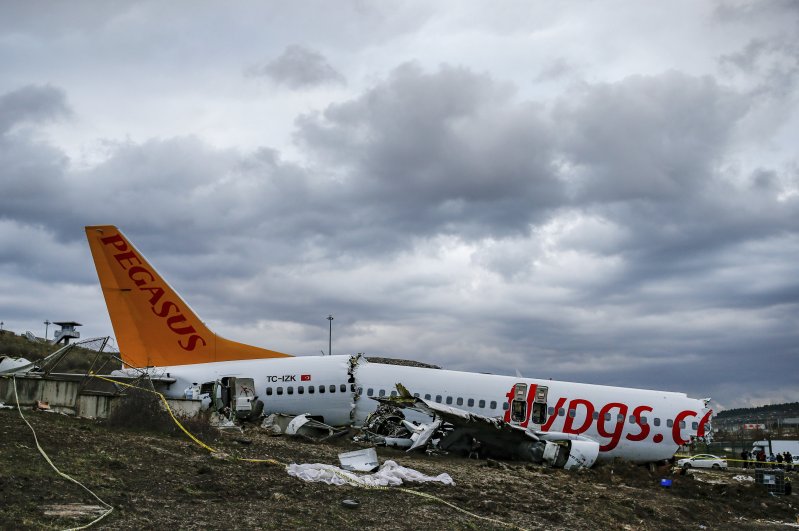 Pegasus Airlines, the low-cost airline that made headlines after two of its aircraft skidded off the runway in less than a month, was accused of covering up dozens of technical faults in the months leading up to the accidents, according to a report by Turkish newspaper Sabah.

One memo from the technical crew alerts the airline's headquarters about a pierced tire, but the airline decides to proceed with the flight without replacing the plane's tires.

Another memo from the captain warns of aircraft's flight computers issuing a "start fault" about engines.

Other memos also include warning about malfunctioning landing gears, altimeters – equipment that reads the plane's height and other vital parts. The report even claims the airline used salvaged equipment from another Pegasus plane that also went off the runway in Trabzon in 2018, in another aircraft.

The report alleges all the above malfunctions were never entered into the respective airplanes' logbooks; therefore, they never became official reports.

Three people were killed when a Pegasus plane traveling from the western city of İzmir to Istanbul crashed at Istanbul’s Sabiha Gökçen airport earlier this month. The plane’s pilot was arrested for causing death by negligence. The plane, that overshot the runway, skidded about 60 meters before dropping into a ditch from a height of around 30 meters, breaking into three parts as it came to a rest. The aircraft was 11 years old and had 177 passengers and six crew members on board.

In a statement after the crash, Pegasus General Manager Mehmet Tevfik Nane had defended their safety measures. "Our annual safety record is above European Union standards. All our pilots are constantly encouraged not to take any risks, to go around if they deem it risky or land in alternative airports if necessary. All our procedures are reviewed by civil aviation authorities each year. Our planes are 5.3 years old on average and technically solid. All of their maintenance is done in accordance with regulations. These sorts of accidents result from a combination of many factors. We vow to make any required improvements after the investigation has concluded," he said.