Turkey’s success by numbers in fight against COVID-19 pandemic 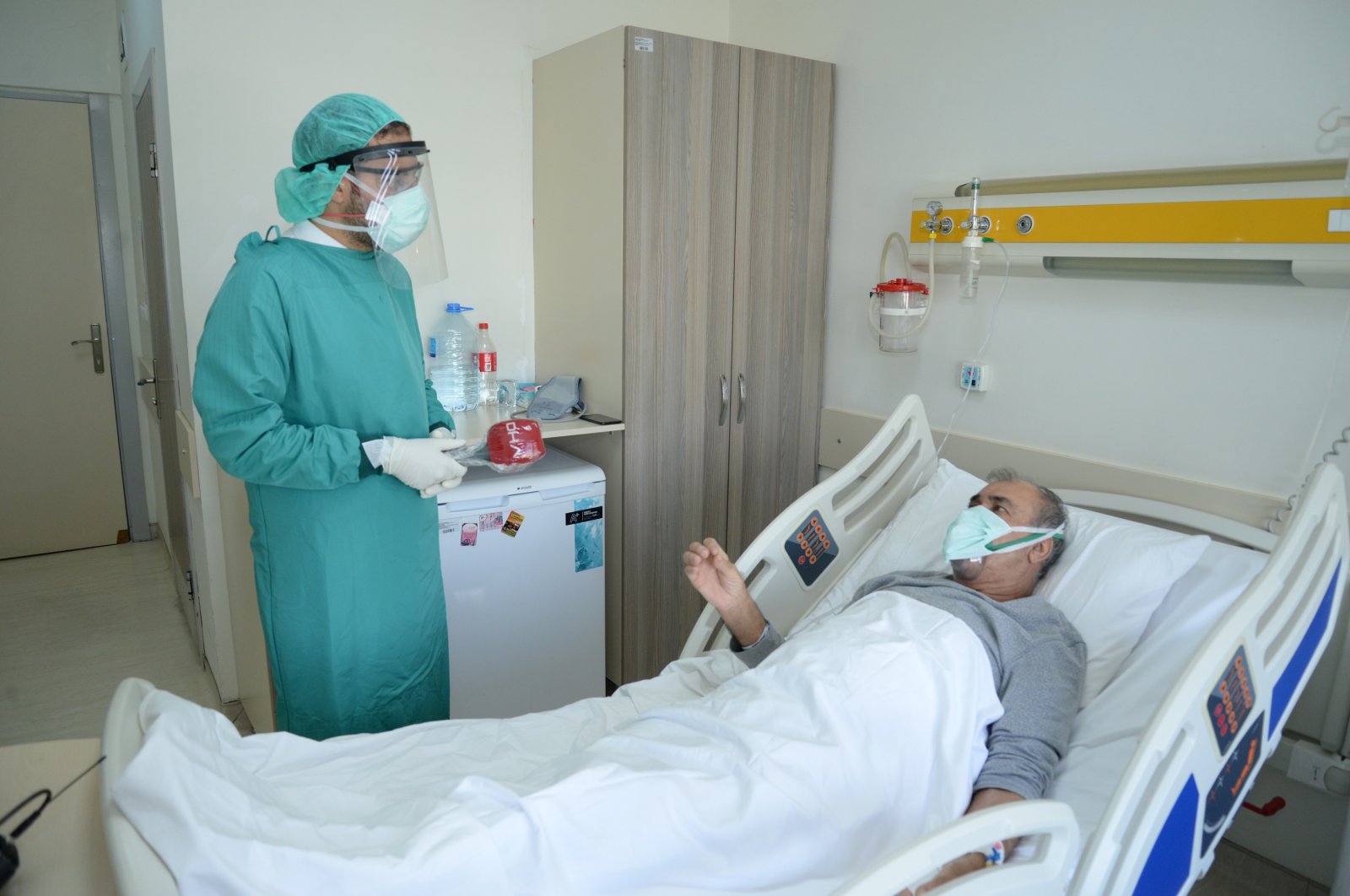 A string of measures and contingency plans helped Turkey to outdo other countries in the number of recovering patients. The rate of recoveries in the country stands at 59.36%, well above the global average of 33.76%

Extreme caution, strict measures and a robust health care system: These are the three factors helping Turkey fight the COVID-19 pandemic, authorities say. Figures show this is not a hollow claim. As of Wednesday, the rate of active cases in the world was 58.03% and the recovery rate was 33.76%. For Turkey, the rate of active cases is 36.95% and recoveries is at 59.36% in proportion to the total number of cases.

The country also managed to bring the proportion of patients in intensive care units due to coronavirus below the world average of 1.29%. The global death rate has dropped to 6.91% while Turkey succeeded in reducing it to 2.7%.

Turkey’s success in implementing early measures was praised by the World Health Organization (WHO). Measures, implemented gradually, ultimately led to weekend curfews while the country sought to dodge the economic impact of the outbreak by keeping the “wheels” turning, as President Recep Tayyip Erdoğan repeatedly said. Despite violations, the Turkish public largely complied with outbreak measures from curfews to social distancing.

The country’s daily death toll dropped to 64, taking the total number of fatalities to 3,584, Health Minister Fahrettin Koca announced on Twitter Wednesday. The overall number of cases, in the meantime, rose by 2,253 for a total of 131,744.

A total of 78,202 people in Turkey have so far recovered from the coronavirus. The total number of tests conducted in the country during the outbreak has crossed 1.2 million.

Koca said Wednesday that Turkey has completed the first phase of its fight against the pandemic, adding that the country will adapt to a "new normal." "The pandemic is under control but the realities of the virus have not changed. Your homes remain the safest place against the virus," Koca said following a Coronavirus Science Board meeting.

In the new phase, the country aims to eliminate the disease, reopen businesses and set new social behavior guidelines to prevent any resurgence of the outbreak, he added. The government will publish guidance for businesses to ensure the coronavirus remains contained when they open next week, he noted. It will also increase testing capacity and continue contact-tracing efforts. Shopping centers will reopen on May 11 with only a limited number of people allowed inside, but Koca said restaurants and cafes inside the malls will not open. Barbers and hairdressers will also be allowed to open but weekend lockdowns will continue in 31 cities including Ankara and Istanbul.

Masks back on sale

The government decided to allow the sale of face masks starting Friday after an initial ban to prevent overpricing. The decision aims to relieve the state of the burden of delivering masks to millions. Currently, citizens are entitled to five free masks they can receive from their local pharmacy with a code sent through a text message by the Health Ministry. The country, on April 5, started distributing face masks free-of-charge to citizens to stem the spread of COVID-19. It banned people from entering shops and marketplaces without a protective mask.

The Commerce Ministry announced that surgical masks, which have become an inseparable item in clothing for people going outside since the outbreak, will be sold for TL 1 (around $0.14) at most. Any seller selling masks higher than this price will face fines. The ministry announced that mask sales will start first in Istanbul, the country’s most crowded city with the highest number of cases. Masks will be available for other cities in the coming days at retailers. The ministry said in a statement that they wanted the public to have access to surgical masks “in the fastest and easiest way.”

Fatalities among residents of nursing homes are lower compared to other countries, a government official said Thursday. One hundred fifty-three senior citizens staying at nursing homes have died of COVID-19, out of 978 infected. Orhan Koç, head of a department of the Ministry of Family, Labor and Social Policies which oversees services for senior citizens, said 600 out of 978 managed to recover.

The elderly remain a high-risk group, along with people with chronic illnesses. Nursing homes in Europe have reported a large number of deaths from the virus. Koç told Demirören News Agency (DHA) that the rate of deaths at nursing homes was only 4% in proportion to the total number of fatalities.

Turkey hosts 27,500 senior citizens in 426 nursing homes operated by the ministry in 81 provinces. Koç links the low number of deaths to strict and early measures. “We have been monitoring developments since the first case was reported in China. In January, we started instructing staff to increase the number of medical checks. On February 28, days before Turkey reported its first case, we limited visits to nursing homes and barred residents from leaving unless necessary. One day before the first case was reported, we sent coronavirus guidelines to our institutions, listing measures,” Koç said.

Nursing homes later saw a lockdown and more protective measures implemented, including regularly checking the body temperature of residents. The staff are also barred from leaving nursing homes for 14 days, equivalent to the quarantine period, and spend their time after daily shifts in isolated areas inside the facilities.

A Turkish state agency and Turkish civil society groups in the United Kingdom are distributing aid to needy people, including the elderly, amid the coronavirus lockdown.

The British Turkish Cypriot Association, International Democrat Union and other groups are working together with Turkey’s state-run Presidency for Turks Abroad and Related Communities (YTB) in facilitating the initiative, the Diaspora COVID-19 Support and Coordination Program.

The distribution of 1,000 aid packages containing food and personal care products began Thursday. Packages will be distributed throughout the Muslim holy month of Ramadan.

With this program, started by the YTB, people who lack access to basic needs due to virus restrictions are supported through the collaborative efforts of expats and Turkish civil society groups. Some of these groups also produce masks in their workshops with the funds they receive from YTB, with the masks then donated to nursing homes and hospitals. Under the program, health care workers are also paid regular visits and given gifts to help keep their morale high.

In the U.K., more than 30,100 people have died of the coronavirus, which was first detected in Wuhan, China late last year.

COVID-19 cases have been reported in 187 countries and regions, with the United States being the worst hit.

Many countries, including Spain, Italy and Germany, have eased virus restrictions following a slowdown in the virus' spread. British Prime Minister Boris Johnson, however, has said that the U.K. will move to a "second phase" only when there is a "sustained and consistent fall in daily deaths from coronavirus" and "reliable data to show that the rate of infection is decreasing."