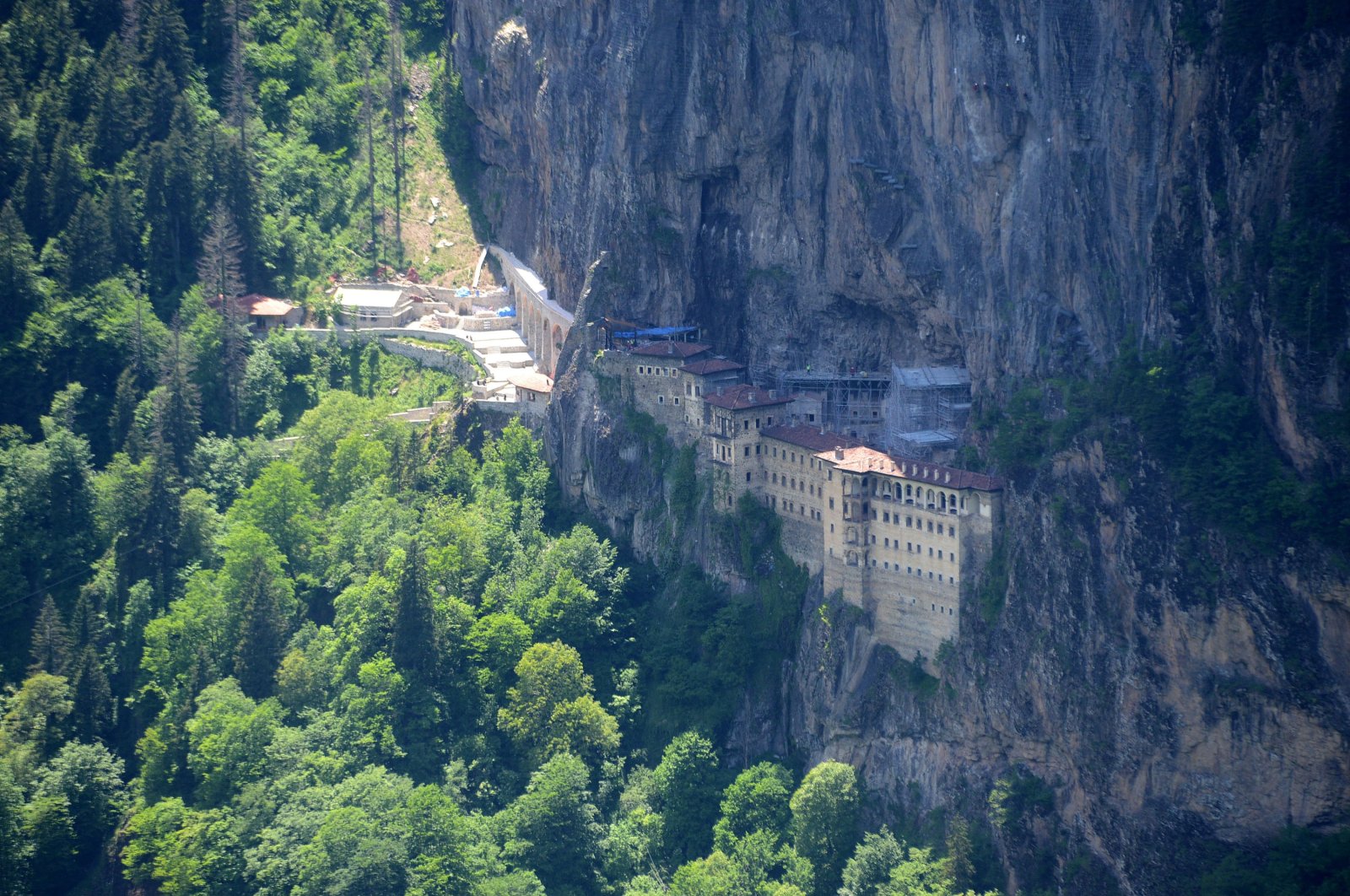 The monastery is a site of unique historical and cultural significance and a major tourist attraction. It was included on UNESCO's temporary list of World Heritage sites in 2000. The restoration and environmental plans for the Sümela Monastery, which is dedicated to the Virgin Mary, were launched in February 2016.The restoration work was halted briefly due to adverse weather conditions along with measures implemented to combat the coronavirus outbreak in Sümela Monastery, located in the Maçka district, a major religious tourism hub in Turkey. The restoration work resumed since May.

It was reopened for faith tourism by the Ministry of Culture and Tourism on Aug. 15, 2010, following an 88-year hiatus. According to the UNESCO website, Sümela Monastery is a monastic complex built on the steep cliffs at 1,200 meters in the Altındere Valley. Its construction began in 385 A.D.

Speaking at the opening ceremony, Erdoğan said, "if Turkey was disrespectful toward different cultures, as some Western nations claim, it would not have restored and preserved such historical artifacts." He was referring to the criticism of Turkey's reopening of the Hagia Sophia museum in Istanbul as a mosque. He also said Turkey's Orthodox citizens in August would be able to attend the Litany of the Blessed Virgin Mary at the monastery, a religious service they could not attend due to the restoration work.

As part of the work, the restoration of the rock located at the entrance gate of the monastery has been largely completed, while work on the bedrock surface above the monastery was finally carried out by industrial climbers. Also, as part of the restoration work, its steep cliffs were cleaned and protective scaffolds installed to prevent damage to the underlying structure.

Not to be confused with its namesake Istanbul’s Hagia Sophia Grand Mosque, Hagia Sofia Mosque in Trabzon has also undergone restorative work worth about TL 2 million ($287,950).

The medieval church of the Hagia Sofia was built between 1238 and 1263 and later converted into a mosque in 1461 under Ottoman rule.

The Hagia Sofia Mosque, which is regarded as one of the finest examples of Byzantine architecture, served as a museum for 52 years before it was reopened for worship in 2013.

A mihrab, minbar and carpets were added to the mosque without damaging the historical structure, while all the frescoes were covered with curtains to create room for prayers. Hagia Sophia Mosque is one of the most important touristic attractions in the Black Sea region.