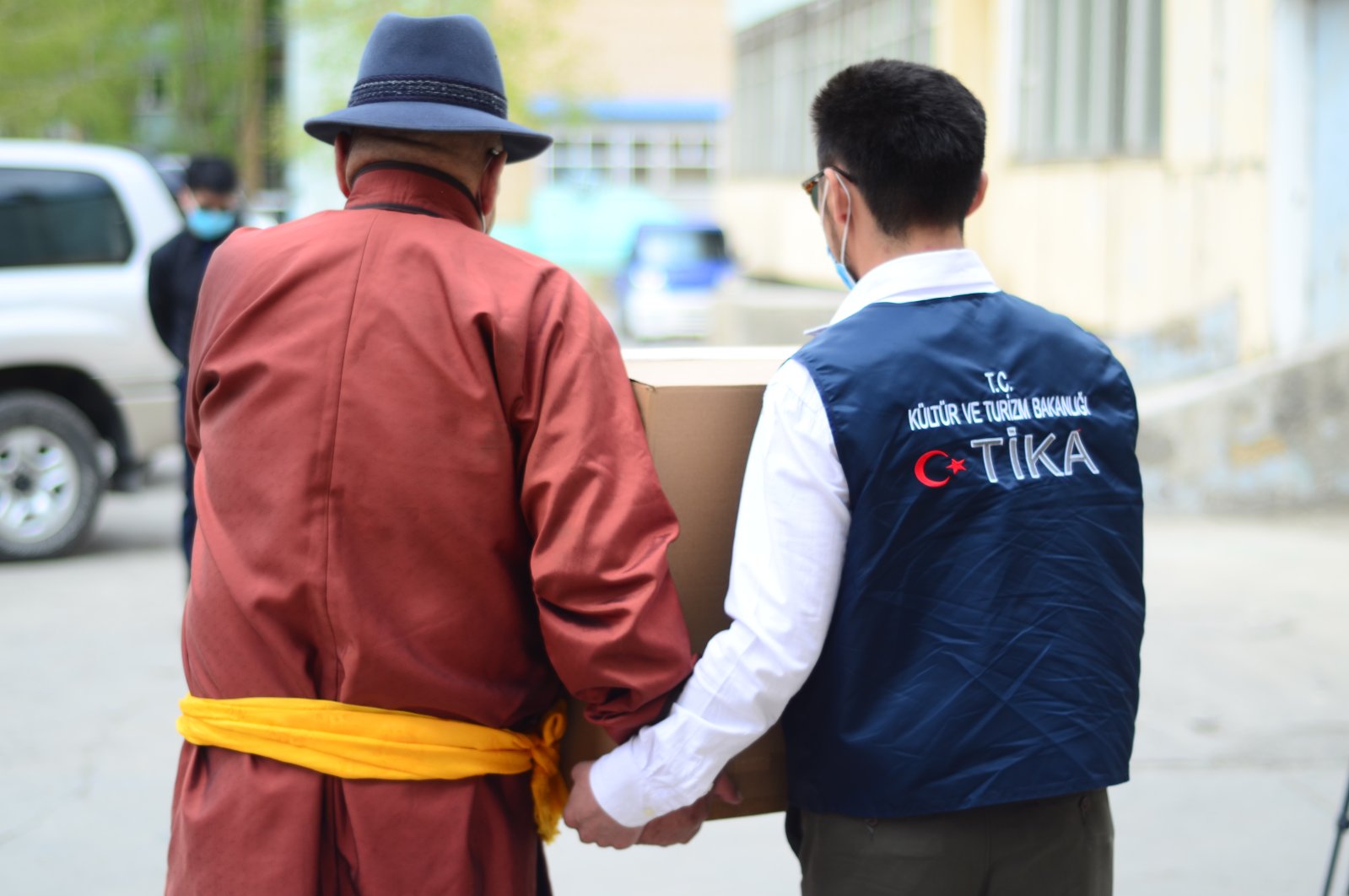 Continuing to help the needy across the globe despite the COVID-19 pandemic, Turkey's state-run aid agency delivered food to thousands of families across the world as part of its Ramadan campaign since the beginning of the Muslim holy month.

According to a statement by the Turkish Cooperation and Coordination Agency (TIKA), around 100 families in Spain’s Granada have received food packages that include staple foods such as rice, flour, pasta, sugar and oil every Friday since the month of fasting began, adding that the deliveries will continue until the end of the holy month.

Acknowledging TIKA's efforts, Umar del Pozo, the head of Granada mosque, said many Muslims in their community lost their jobs during the outbreak and faced serious financial difficulties.

"The help that came in the moment of need strengthens our brotherly bond. Thank you, Turkey and TIKA," he said.

There are nearly 2 million Muslims in Spain, and at least 36,000 of them reside in Granada. According to the latest figures, more than 27,000 virus-linked deaths have been registered in the European country so far.

Many families are going through a tough time in Spain due to an economic crisis caused by the virus pandemic.

The agency said similar food packages were distributed to some 5,000 families in Iraq as well. Speaking to Anadolu Agency (AA), a regional official said the aid was distributed to families in the Mosul, Tal Afar, Diyala, Kifri and Saladin areas.

“Turkey, who never left Iraqis alone, has not forgotten the needy during this Ramadan as well,” the official said.

The agency also said Wednesday that similar aid was distributed to families in Azerbaijan, Tajikistan and Kenya.

According to TIKA, the Ramadan food packages were distributed to around 2,500 low-income families in Azerbaijan, while 1,000 families in the Tajik capital Dushanbe received masks and hygienic products along with food aid to help them during the COVID-19 pandemic.

Since then, the agency has sent millions of masks to dozens of countries along with humanitarian aid to regions suffering from the economic consequences of the outbreak. The agency has reached about 400,000 people so far during the pandemic.

With Ramadan arriving, the agency has geared up its activities worldwide. Last week, 70 tons of food was provided to Rohingya refugees in Bangladeshi camps. It also distributed food packages to 600 families in Pakistan's northeastern Punjab and northwestern Khyber Pakhtunkhwa provinces.

TIKA has been Turkey's flagship international development aid agency since its inception. It is known for extending a helping hand to countries on every continent with a diverse array of projects, including vocational training, agricultural support, health services and infrastructure. It represents a significant arm of Turkey's multilayered humanitarian foreign policy and showcases solidarity with countries it previously maintained low-profile ties.