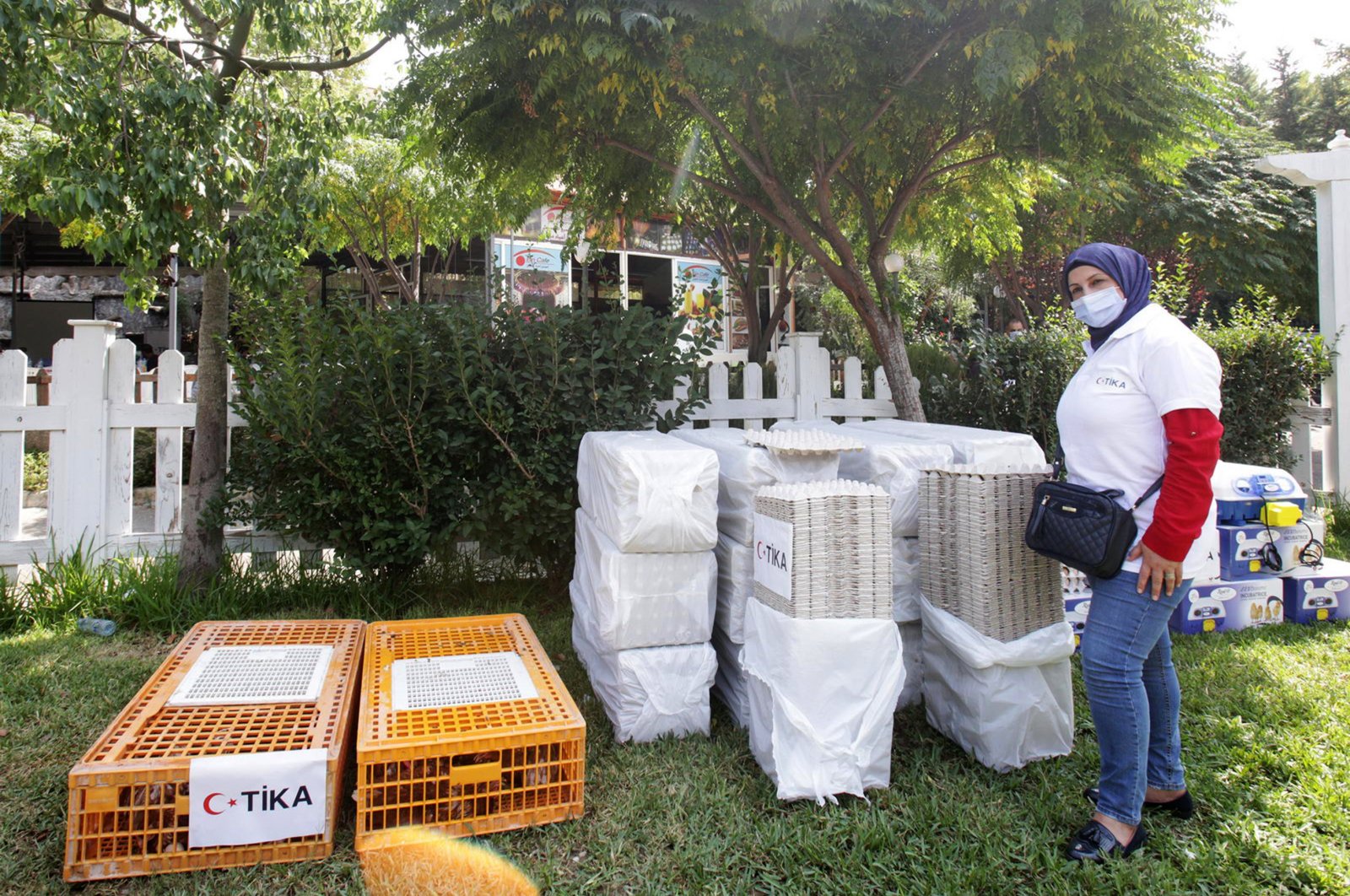 A Turkish state-run aid agency is continuing to support projects in Lebanon to end unemployment and poverty caused by the economic crisis.

Orhan Aydın, the coordinator of the Turkish Cooperation and Coordination Agency (TIKA) in Lebanon, said Monday the group was providing training and necessary supplies, such as chickens, feed and medicine to boost poultry farming among Lebanese housewives.

Aydın said the aid was meant to improve rural development, agriculture and husbandry in the Middle Eastern country. He said local people have had an opportunity to produce and trade chickens and eggs. At least 50 people received beekeeping training and the necessary materials last week, he added.

Lebanon, with public debt exceeding $90 billion (TL 6.86 trillion), is experiencing one of its worst economic crises since the civil war of 1975-1990.

The country's poverty rate is above 50%, while the unemployment rate stands at 35%. The situation was not helped when, on Aug. 4, a huge blast in the Port of Beirut rocked the capital, killing 191 people and injuring over 6,000 others, while dozens remain missing. The blast caused an estimated $15 billion in damages.

Turkey has long been behind humanitarian efforts for Lebanon. Following the 2006 war between Lebanon and Israel, it transferred $20 million worth of humanitarian aid through nongovernmental organizations (NGOs) to the country.

Ankara has also played a key role in building new schools. The Turkish Red Crescent has established 37 prefabricated schools while Turkey's Disaster and Emergency Management Authority (AFAD) has undertaken the construction of another 20 schools.

TIKA has been active in Lebanon since opening an office there in 2014 and has run several projects on education and health, as well as restoration work for historical sites.

Following last month's blast, TIKA started transporting 400 tons of wheat to help the country after the blast ripped through grain silos at the port.

Since its founding in 1992, the agency has been responsible for facilitating Turkey's official development assistance by providing aid to developing countries. TIKA has helped as many as 140 countries worldwide and operates in 50 countries.