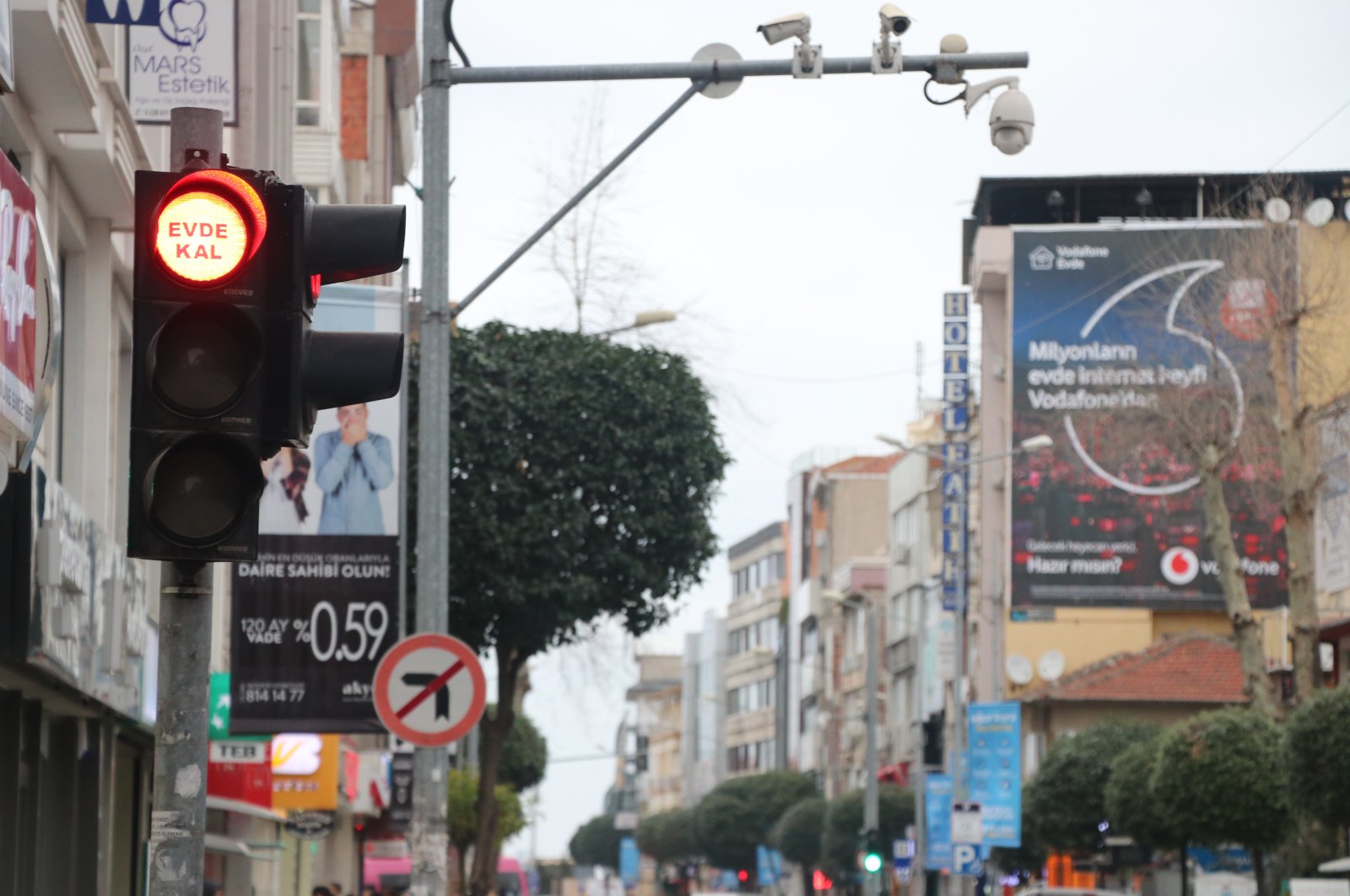 Green is for going home and red is for staying at home. Traffic lights in big cities have been flashing these messages for the past two days.

The government is hammering it home, but in case you did not hear, pardon the pun, the viral message nowadays is “stay at home.” On social media, on TVs, on your cellphone screen, the ubiquitous message flashes as a warning to prevent the new coronavirus from spreading.

It is true that fewer people are going out, heeding the government’s warnings, but there is still, though limited, traffic on the streets. Thus, local administrations believe lights will remind people to stay home. "The traffic lights are supposed to create a conscience for the current situation and motivate people to stay at home," the director for traffic in the municipality in Sakarya, Murat Pehlivan, told German Press Agency (DPA) on Friday.

The lights were installed on Thursday at five high-congestion crossroads in the city center, including near a mosque and a public hospital. For visually impaired pedestrians, a recorded message cautions people to maintain a distance when waiting at a red light. As it turns green, it says: "You can now cross the street. Stay at home for your health." Disinfectant dispensers have also been installed at these crossings.

Pehlivan said the municipality had received positive feedback for this initiative, which tackles a dire topic in dark times with a smile – and a warning.

Pehlivan said, for now, there is no message on the yellow light but people have been giving humorous suggestions for it, such as "Go get some fresh air."