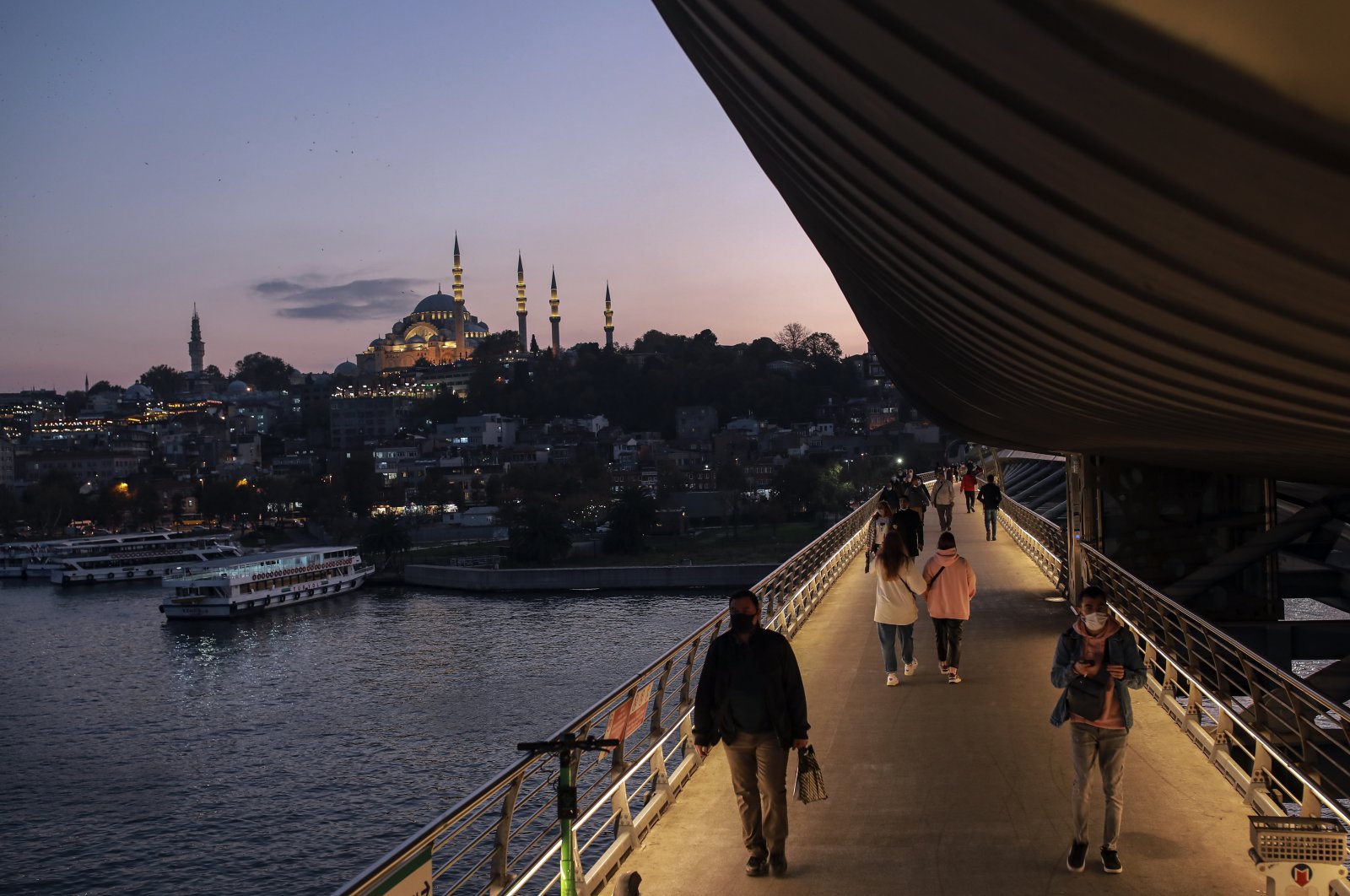 Backdropped by the Süleymaniye Mosque, people wearing protective masks to help prevent the spread of the coronavirus walk on the Golden Horn Bridge in Istanbul, Turkey, Nov. 16, 2020. (AP Photo)
by DAILY SABAH WITH AGENCIES
Nov 17, 2020 12:06 am

Turkey’s coronavirus task force has recommended that the government should implement stricter measures to slow the spread of the pandemic, the country’s health minister said Monday, as the number of daily patients has spiked in recent weeks.

“It was decided to recommend that concrete measures that prevent the spread of the disease are implemented,” Fahrettin Koca said in a statement after a meeting of the Coronavirus Scientific Advisory Board.

Koca’s remarks come as the country has been reporting a rapid rise in the daily number of coronavirus patients over recent weeks.

It lastly registered 3,316 on Monday, as well as 94 deaths, both around the levels last seen in April, when a partial lockdown and other measures were in place.

Koca said the members had discussed preventative measures, emphasizing that the main cause of the spread was people moving around and being in crowded spaces.

While the statement appeared to suggest stricter controls could be adopted, Koca did not say what specific measures the board had recommended.

The board also specifically discussed provinces where the level of transmission was high, Koca said, adding that the rising cases in many provinces put pressure on health institutions.

The science board does not have the authority to implement measures but makes recommendations to the government on what steps should be taken.

"In recent months, we have witnessed a significant increase in the number of cases and deaths, a trend reflected globally," Koca added.

The increasing number of cases has forced the government to bring certain restrictions back.

Earlier this month, a partial lockdown on senior citizens was imposed in some provinces, including the capital Ankara and its largest city Istanbul, allowing citizens aged 65 and above to go outside only between the hours of 10 a.m. and 4 p.m.

President Recep Tayyip Erdoğan also announced that all businesses, including restaurants, cafes, pools and cinemas, would close at 10 p.m. daily.

Wearing masks is compulsory in all public places, both indoors and outdoors.