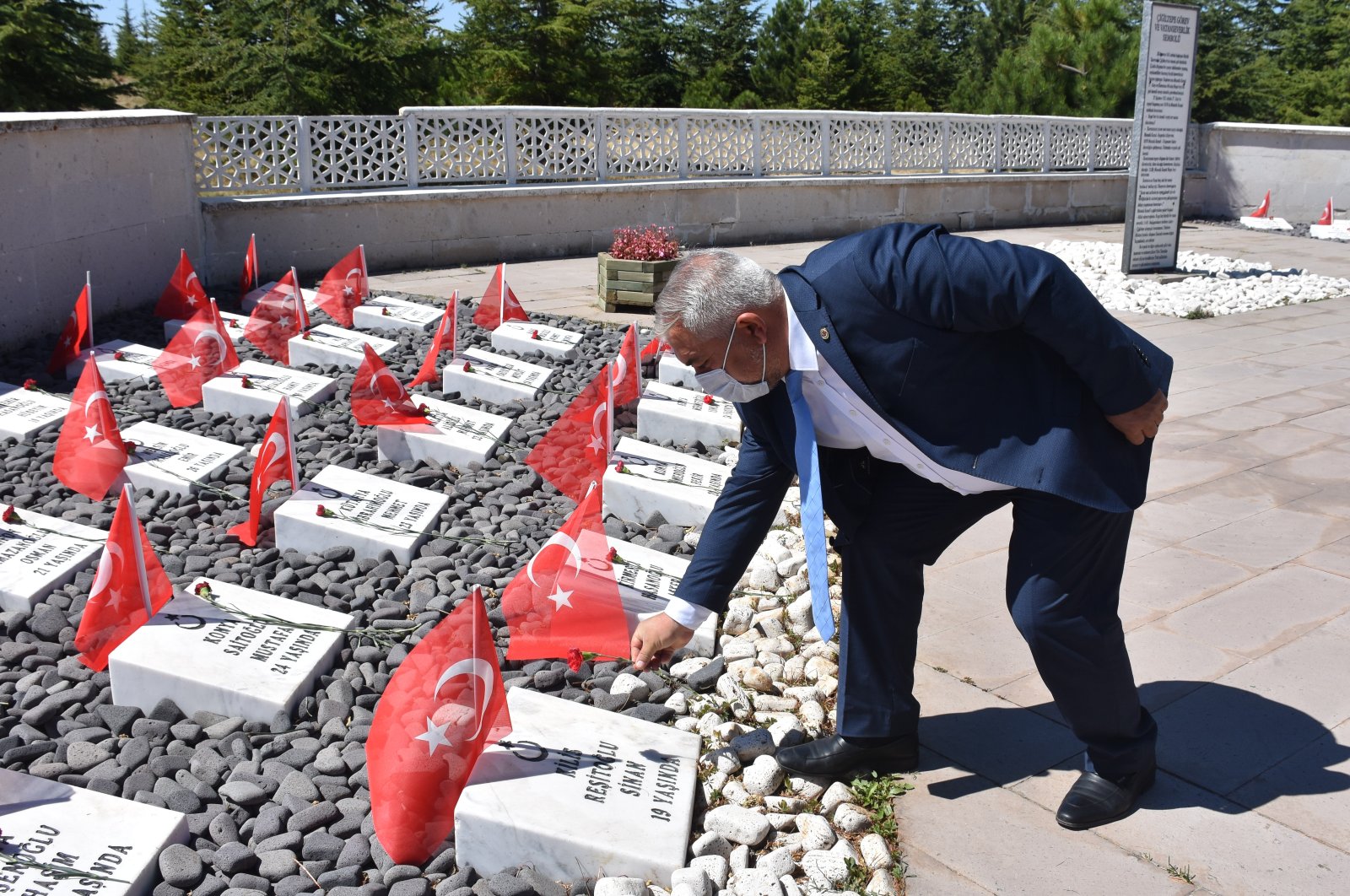 Many great battles and military campaigns that changed Turkish history were fought in August, including the Great Offensive. On its 98th anniversary, the campaign that ended with the defeat of invading Greek forces was remembered Thursday in Afyonkarahisar, where it was first fought. Ceremonies were held at a cemetery where fallen Turkish soldiers are interred in the western province’s Sinanpaşa district.

The cemetery is named after Reşat Bey, a colonel who was honored at the ceremony for his loyalty to Mustafa Kemal Atatürk, the Ottoman pasha-turned-leader of the independence movement who went on to establish a republic from the remains of the Ottoman Empire in the aftermath of World War I. Reşat Bey, who was posthumously given the last name Çiğiltepe after the hill where he commanded a unit fighting Greek forces, is an example of Turkish soldiers’ devotion to independence. The colonel had promised Atatürk, who led the ragtag army of pro-independence Turkish troops, to reclaim the hill from Greek forces “in half an hour.” Yet, the resistance of the enemy delayed it, and the colonel took his own life for failing to keep his pledge. The Turkish forces went on to capture the hill about one hour later.

The Great Offensive, known as "Büyük Taarruz" in Turkish, was the last stage of Turkey’s independence war which started in 1919 when Atatürk began building an army on his own to fight invading forces. On Aug. 26, the Turkish forces managed to reclaim several small districts around Afyonkarahisar from the enemy, and on Aug. 27, they took control of the province. The offensive resulted in the total defeat of the Greek forces on Aug. 30, after Turkish forces reclaimed Izmir, the last stronghold of invading Greeks in western Turkey. One year later, victorious Turkey declared the foundation of the republic.