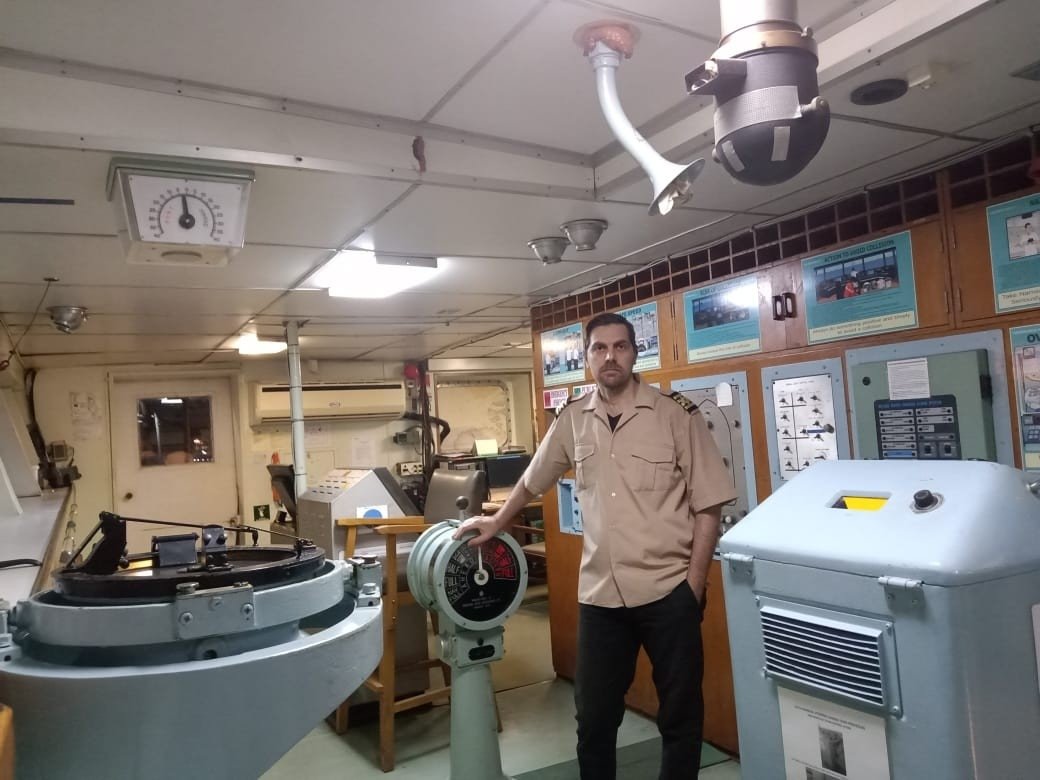 Yusuf Sencer Sotan would have been the last captain of M/V Ula as the aged cargo vessel was set for dismantling after its final voyage. Instead, the Turkish national found himself stuck aboard the vessel since February 2020 after the company operating the vessel went bankrupt and the vessel’s crew was not allowed to leave Port Shuaiba in Kuwait. Together, with 18 crew members from India, Bangladesh and Azerbaijan, Sotan started a hunger strike to make his voice heard.

Sotan took the helm of the ship owned by a Qatari company in October 2019. He was heading to Bangladesh from Iran when the company ordered the captain to head to Kuwait instead. The ship unloaded its cargo at Port Shuaiba and a new crew was supposed to replace the current crew in February 2020. However, the plan was derailed when the coronavirus pandemic forced Kuwait to shut down its borders. When the ship was stranded and the company stopped paying wages, crew members led a mutiny. The captain suppressed the mutiny and sought to leave the vessel. However, when Kuwaiti authorities discovered the ship’s permit was expired and crew members’ salaries were not paid, it was ordered to be anchored at the port. Crew members were also ordered to stay aboard.

The ship’s company cut ties with M/V Ula and ceased sending food aid while an investigation into the company was launched about its cargo, linked to an investigation into the company back in Qatar. When Palau, the vessel’s flag state, rescinded its flag, the crew members found themselves abandoned. Kuwaiti authorities occasionally sent aid to the crew, but Sotan said local laws prevented them from leaving the vessel. So, he and others aboard launched a hunger strike on Jan. 7, after writing their problems on banners outside the ship. “We contacted international maritime organizations, local and international authorities, but no one was able to convince Kuwaiti authorities. We beg to be let go but to no avail. This ship has nothing, no different than a simple boat now, a pile of junk. I ask for help from our president and foreign minister. The Turkish Consulate here has tried to help but so far, nothing came out of it. If our president contacts authorities in Kuwait, this matter can be resolved. I miss my family so much, please help me,” Sotan told Ihlas News Agency (IHA) on Sunday.