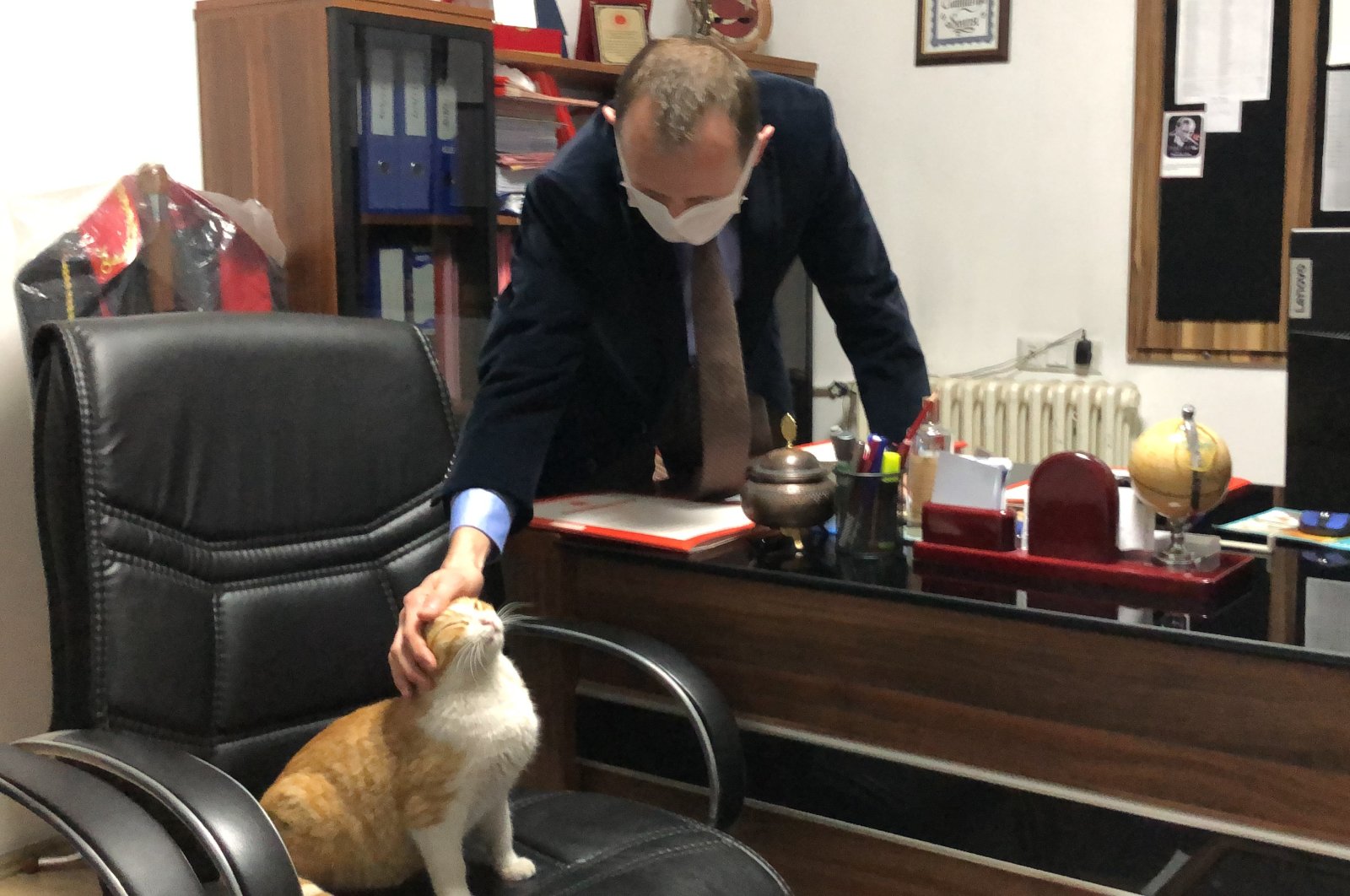 A courthouse in the small town of Germencik in the western Turkish province of Aydın counts Ziya among its staff nowadays. The yellow tabby cat first "visited" the courthouse last year and when he discovered animal lovers in the otherwise dull building, he decided to stay. The stray cat's new friends include a prosecutor, clerks and dozens of other personnel working at the courthouse.

After all, it has everything that makes it a great home: a place where he can freely roam and fed every day. His meows and lively demeanor stick out in the serious atmosphere of the courthouse, but nobody is complaining as he hops from the desks to the shelves filled with thick folders about the trials. One day, he curls up in a chair in the prosecutor's room and next, he stretches out on the desk of court clerk Ali Mermer. Indeed, Mermer is one of his closest friends at the courthouse, where he unofficially serves as building's mascot.

"I spent days with him, and he got used to me, sleeping on my lap. He likes me a lot and loves sitting with me here in the room. We created a space for him in an empty spot of the room and laid a blanket there. He loves sleeping there," he told Anadolu Agency (AA) on Tuesday.

Ziya is not picky but every Thursday, he is served fish and dines on pet food on the other days.

"People are very accustomed to him and wonder when they cannot see him inside," Mermer said.

The town's prosecutor, Ozan Oğuz, is also among Ziya's friends. "He is our mascot and usually comes inside when he gets cold. For the rest of the time, he hangs out around the courthouse," he said.

Oğuz says nobody finds it odd to have a cat roaming around the courthouse. "On the contrary, people views Ziya as a positive addition to the courthouse. We love him very much, especially his manners toward people. He is very warm with everyone and apparently feels comfortable here," he added.