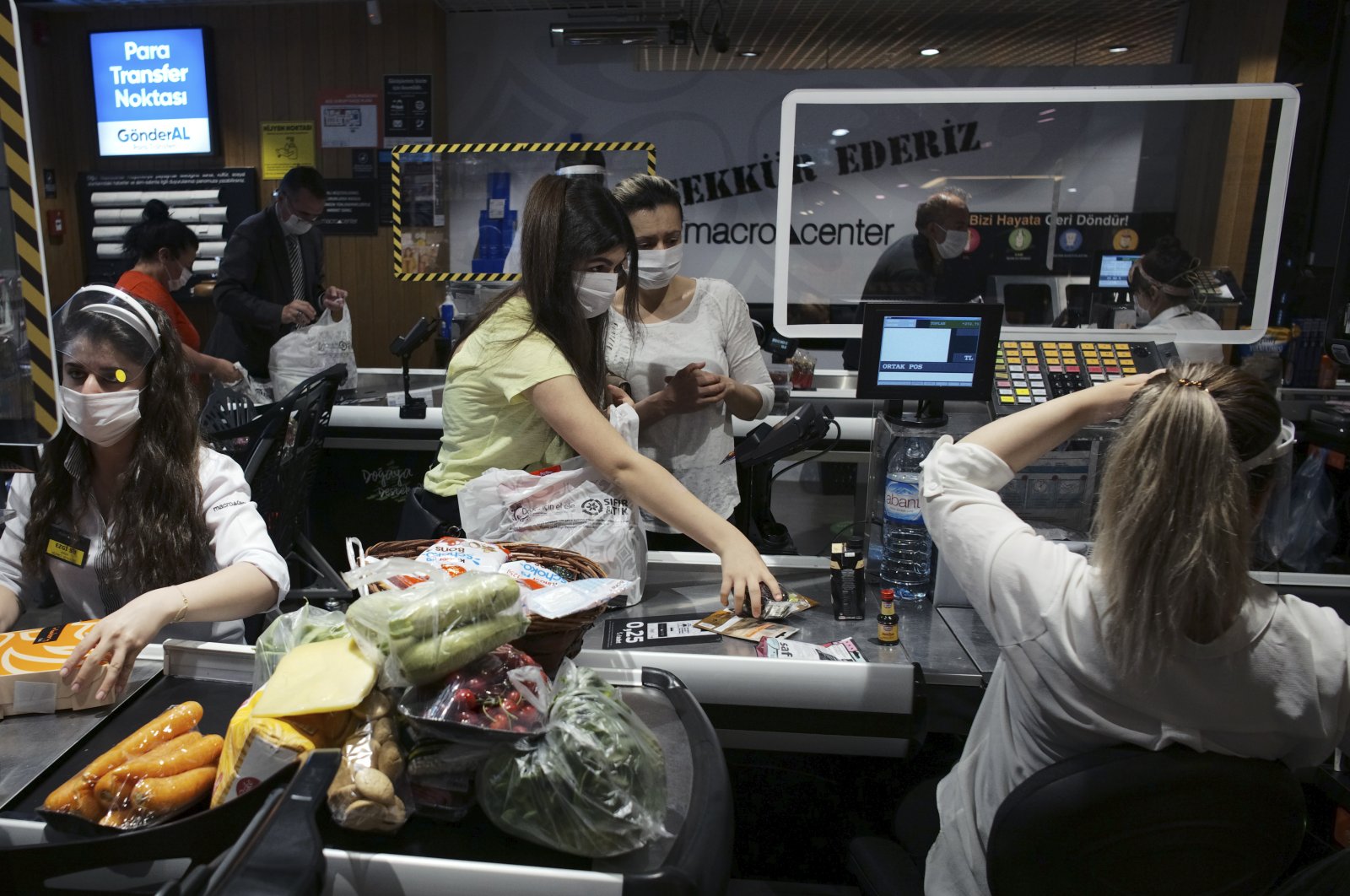 An expert on the country’s Coronavirus Science Board warned citizens against becoming desensitized to precautions after overloading on them, saying such numbness in the population could lead to a second wave of coronavirus infections

Do you need to wash your hands after picking up your mail from your mailbox? Should you leave your shoes outside the house or inside? What about groceries? Do you need to wipe every package of food with alcohol to disinfect them properly?

These are only a few of the questions that are going through all of our heads in the so-called new normal, that is living with the coronavirus outbreak. But an expert at Turkey’s Coronavirus Science Board warned that overthinking and overdoing the precautions could have the opposite effect by desensitizing the person over time, making them careless, which in turn could lead to the second wave of the COVID-19 outbreak.

Partly blaming experts, including herself, for issuing nonstop warnings to citizens as well, professor Seçil Özkan said the onslaught of warnings has divided the population into two.

“We have been warning citizens nonstop to wash their hands, stay at home and practice social distancing when outside. We have been advising people to do this or do that, but this led to a change in people. I call this the two extremes,” Özkan explained to Demirören News Agency on Wednesday.

“One group overthinks all precautions, wondering if they disinfected the table they eat on or the doorknobs they touch, and therefore have the early signs of developing an obsessive-compulsive disorder (OCD). The other end, meanwhile, has begun to believe conspiracy theories and gave up all precautions because they grew tired of them. Both are equally dangerous,” she said.

Urging people to find a middle ground instead of the extremes, she warned that people overdoing the precautions could develop serious mental problems or simply stop doing them one day because they might get desensitized over time.

“It will just get tiring after a time. We named it ‘precaution fatigue.’ You might disinfect the yogurt you buy from the grocery store before putting it in the refrigerator. But when you buy it again, you start to skip disinfecting. If you have a person in the risk group in your house, you might be more cautious, yes; otherwise we shouldn’t obsess over it,” Özkan said.

The example Özkan chose, disinfecting packages of food bought from the grocery store, has been a much-debated topic across the world. People all around the world have been wondering if they would contract the virus from groceries they order online even if they never stepped a foot outside their homes.

In the United States, the Centers for Disease Control and Prevention (CDC) has recently issued updated guidance saying that the coronavirus "does not spread easily" from touching surfaces or objects.

During the initial phase of the pandemic, authorities at the CDC warned that while contracting the virus from surfaces was theoretically possible, it was not considered a serious vector for transmission in their outbreak scenarios.

In a similar tone to their first assessment, the agency issued a new advisory last week.

"It may be possible that a person can get COVID-19 by touching a surface or object that has the virus on it and then touching their own mouth, nose or possibly their eyes," the CDC said. "This is not thought to be the main way the virus spreads, but we are still learning more about this virus."

Despite the update regarding transmission through objects, it still said that people should routinely clean and disinfect frequently touched surfaces.

“To preserve our mental health, I advise people to abide by precautions sufficiently, not more, not less,” Özkan said before she went on to warn about those at the other end of the spectrum.

“The ‘I’ll be fine’ mindset has always caused great trouble to us during outbreaks of infectious diseases. It may be hard to breathe with a mask on, you might feel too lazy to wash your hands or carry an antiseptic with you, but with proper care, you can preserve your health,” she said.

While Özkan warned about the mental pitfalls of overdosing in precautions, another expert at the Coronavirus Science Board urged citizens to reconsider their vacation plans.

Warning about inadequate health infrastructure at small resort towns that see a huge influx of tourists during the summertime, professor Mehmet Ceyhan said the temporary swelling of the population could make it difficult to practice social distancing.

“Everybody needs to consider long and hard. Not everyone has to go on vacation,” Ceyhan said.

Explaining that there is no scientific data that shows the virus can be transmitted in a pool or seawater, Ceyhan warned that it is the people’s proximity to each other in pools and beaches that worries experts.

“People will still need to wear masks when they are not in the water. They will still need to disinfect their hands if they touch any surfaces at a hotel. Otherwise transmission from food or water is not the concern,” he said, adding that if given the option, vacationers should choose the sea over the pool.

“While the virus can last in seawater as long as it does in pool water, people should prefer sea if possible as it is usually cleaner compared to pools,” he said.

Regardless of vacation plans, Ceyhan also warned that the responsibility of citizens will increase in the normalization process as each measure relaxed by the government increases the risk of new infections.

With a decreasing number of new cases and those who recovered making up more than 70% of all cases in the country, the Health Ministry declared the outbreak under control and the government slowly started to ease restrictions placed on daily life.

In May, Ankara allowed shopping malls to open with a limited capacity, also reducing the number of provinces under travel restrictions from 31 to 15. The schools, however, decided to remain closed for the remainder of the semester, and restaurants are still allowed for only takeaway and delivery orders.

According to the Health Ministry on Tuesday, Turkey's current COVID-19 death toll stands at 4,397 while the number of cases was reported as 158,762, with 121,507 of them having recovered.