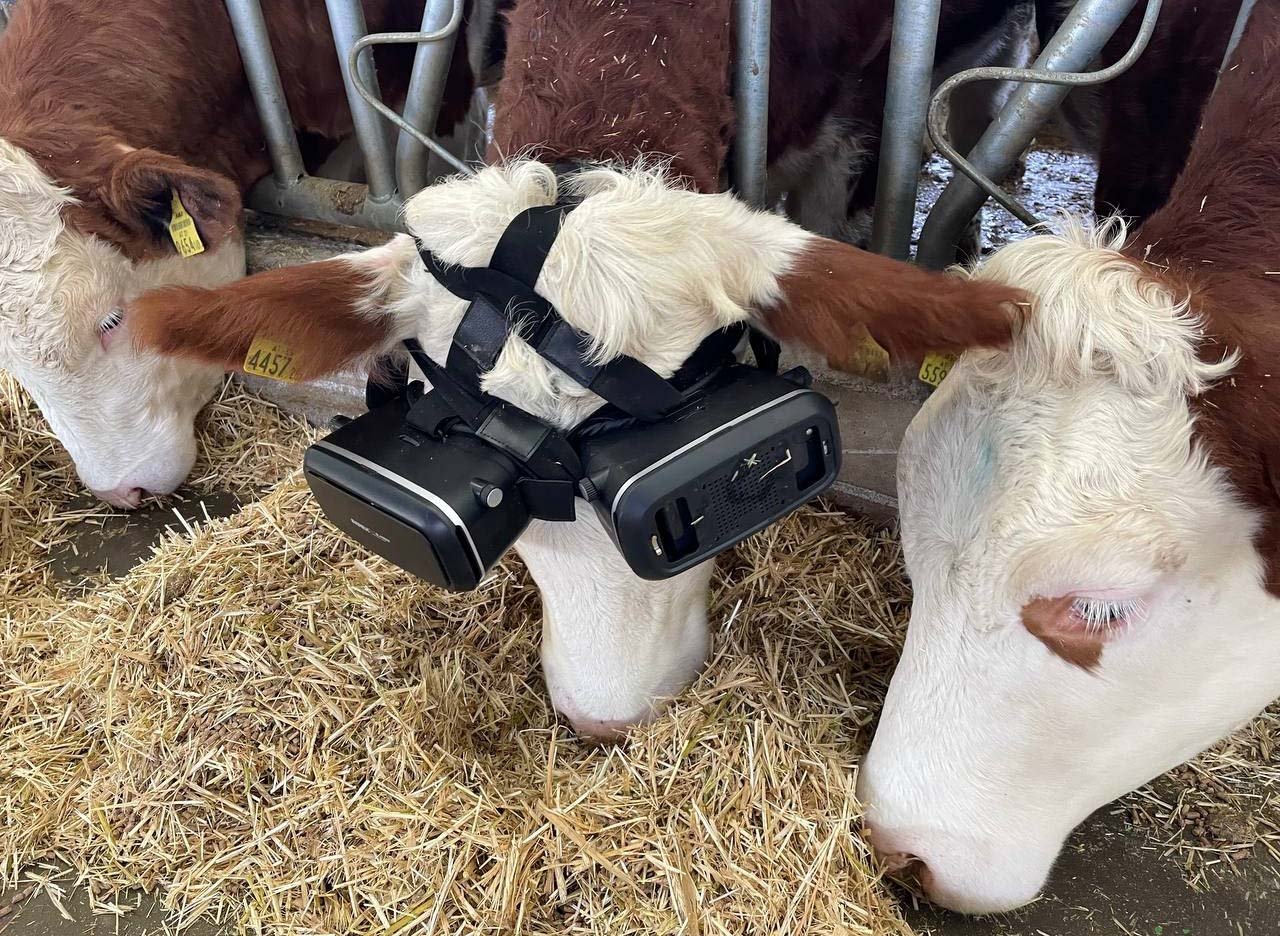 Inspired by a similar practice in Russia, Izzet Koçak fitted virtual reality (VR) headsets to his cows, transporting them to virtual evergreen pastures in a bid to boost milk yields, and it worked.

The breeder, who set up a cattle business in 2018 in the central Turkish province of Aksaray, is ambitiously working to increase milk yields from his 180 cattle. He first started by playing classical music for the animals, something employed by some breeders to provide a calm atmosphere. Nowadays, he's tinkering with VR headsets on two of his cows.

“We are looking for alternative ways to boost the yields as the feed, hay prices increased. I heard they were using these headsets in Russia and decided to try it here. I observed them for ten days and found out that both the quality and amount of the milk increased,” he told Anadolu Agency (AA) on Thursday.

Noting that he is aware of the studies on environmental factors that affect milk production, Koçak explained: “We usually produce 22 liters of milk daily. The average milk amount from two cows with headsets now reached 27 liters. They are watching a green pasture and it gives them an emotional boost. They are less stressed now,” he said. Koçak has now ordered 10 more headsets to try on more cows. “They used headsets in Russia for both eyes but we closed only one eye of the animal to experiment on its impact. While wearing headsets, they also listen to classical music,” he said.