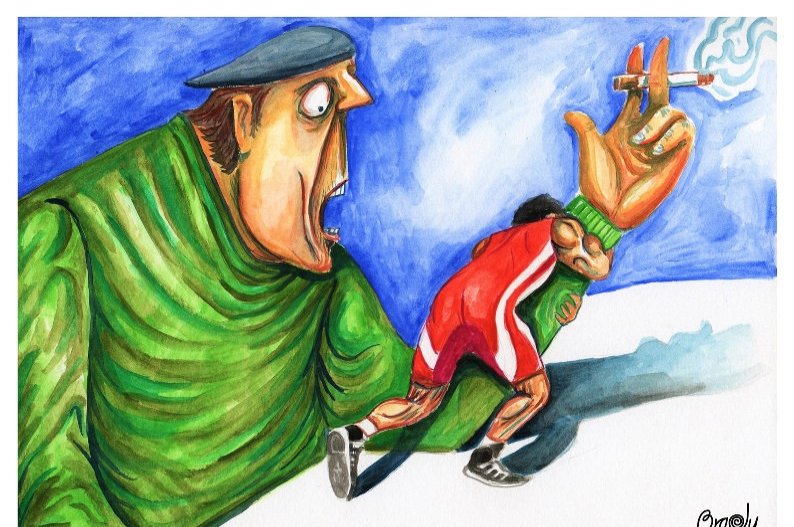 The Turkish Green Crescent this week held an online event bringing together experts from around the world to discuss ways to combat drug addiction.

This Friday, June 26, is World Drug Day, also known as the International Day Against Drug Abuse and Illicit Trafficking. This year's theme is "Better Knowledge for Better Care," according to the U.N.

On Thursday the Turkish Green Crescent, a nonprofit founded a century ago to fight addiction, held the Second Istanbul Initiative meeting, bringing together around 20 experts from various countries.

Addressing the online event, Sultan Işık, who manages the nonprofit, said: "We feel honored to support global advocacy for addiction prevention with our valuable collaboration."

"Our efforts are yielding positive outputs," she added, mentioning especially the U.N. Commission on Narcotic Drugs, the Vienna NGO Committee on Drugs and the U.N. Office on Drugs and Crime.

"I trust that our collaborative work on the regional and national level will set a good example for other civil society organizations for their local development," she said.

According to the latest U.N. report on the subject, around 269 million people used drugs worldwide in 2018, up 30% from 2009, while over 35 million people suffer from drug use disorders.

"The report also analyses the impact of COVID-19 on the drug markets and while its effects are not yet fully known, border and other restrictions linked to the pandemic have already caused shortages of drugs on the street, leading to increased prices and reduced purity," the statement added.

Speaking to Anadolu Agency (AA) just after the meeting, Monica Barzanti, the head of international relations of San Patrignano, a recovery community in Italy, praised Turkey for bringing together experts.

A worker at San Patrignano in Coriano, northern Italy since 1979, Barzanti spoke of Italy's fight against drugs at that time, describing abuse in that era as an "epidemic."

"A lot of people died every year because of heroin and it was really a drama," she added.

In 1978, Vincenzo Muccioli, the founder of San Patrignano, founded the community to help those in need of help due to addiction.

Barzanti stressed the importance both of getting rid of physical addiction and of rehabilitation so that people can "go back to society as a contributing member," she added.

"This is what San Patrignano has been doing for more than 40 years, welcoming 25,000 to 26,000 people and supporting their recovery back to society in any possible way," she explained.

"Because the problem of drug use is a very complex problem that needs a comprehensive approach," she added.

Barzanti also mentioned those who stay at the community after their recovery, using that personal background to help others.

"Most of our employees are people that went through a recovery process within San Patrignano and then completed their personnel experience with appropriate studies."

Another expert who attended the meeting was George Odalo Ochieng, the founder and executive director of the Slum Child Foundation, based in Nairobi, Kenya.

The meeting created "a good platform for civil society organizations working in different regions around the world to develop a strategy that can help or will be used to help in issues of drug policies around the globe," Ochieng said.

"It has given us a picture of how things are in different parts of the world and how we can use the platform to strategize, especially during this time of COVID," he added.

Praising the Turkish Green Crescent for holding the meeting, he said that without traveling all the way to Turkey for gathering, fortunately, "we can still connect."

Ochieng himself was once a street boy in Kenya's capital.

Recalling that time, he said: "I thought about if I don't go back to this community, who else will come and bring the change that we're talking about?"

"So I thought it's wise that I start something in the community to help make a change."

He added: "And my focus was on children because I went through a lot."

Established in 2006, the Slum Child Foundation works with children under 15 who are "vulnerable and marginalized," according to its website.

Fighting drug use amid pandemic

Amy Ronshausen, executive director of the U.S.-based Drug Free America Foundation and Save Our Society From Drugs, both nonprofits, called such meetings a great opportunity "to inspire all of us to continue our work."

She said it was "good to be together with all of our colleagues from other countries and hear what everybody is doing and really focus our efforts for the next 12 months and further, really inspires us to continue what we're doing."

She added that she was "grateful" for the Turkish Green Crescent for hosting the event.

The coronavirus hit the world at a time when "we were already very vulnerable," she pointed out.

"Especially here in the U.S., we were in the midst of a large opioid epidemic. But I know that it is a crisis that has been seen throughout the world, not just with opioids, but drug use in general."

Added to the social and economic impacts of the coronavirus are "the socioeconomic impacts that we've already been facing because of this global drug crisis," she explained.

"Now more than ever, it's so important that we come together to refocus our efforts and our especially the financial efforts of governments to put prevention as a priority."

Environment vital for first use

Meanwhile, Turkey's General Directorate of Security conducted extensive research on drug use in the country as part of the “Narcologist Project.”

According to the result, 74.4% of the people who committed drug-related crime first obtained the substance from their friends or close circles.

According to the survey conducted with over 20,000 suspects, 24.4% directly buy drugs from the suppliers, while the remaining 1.2% is provided by “someone they don’t know.”