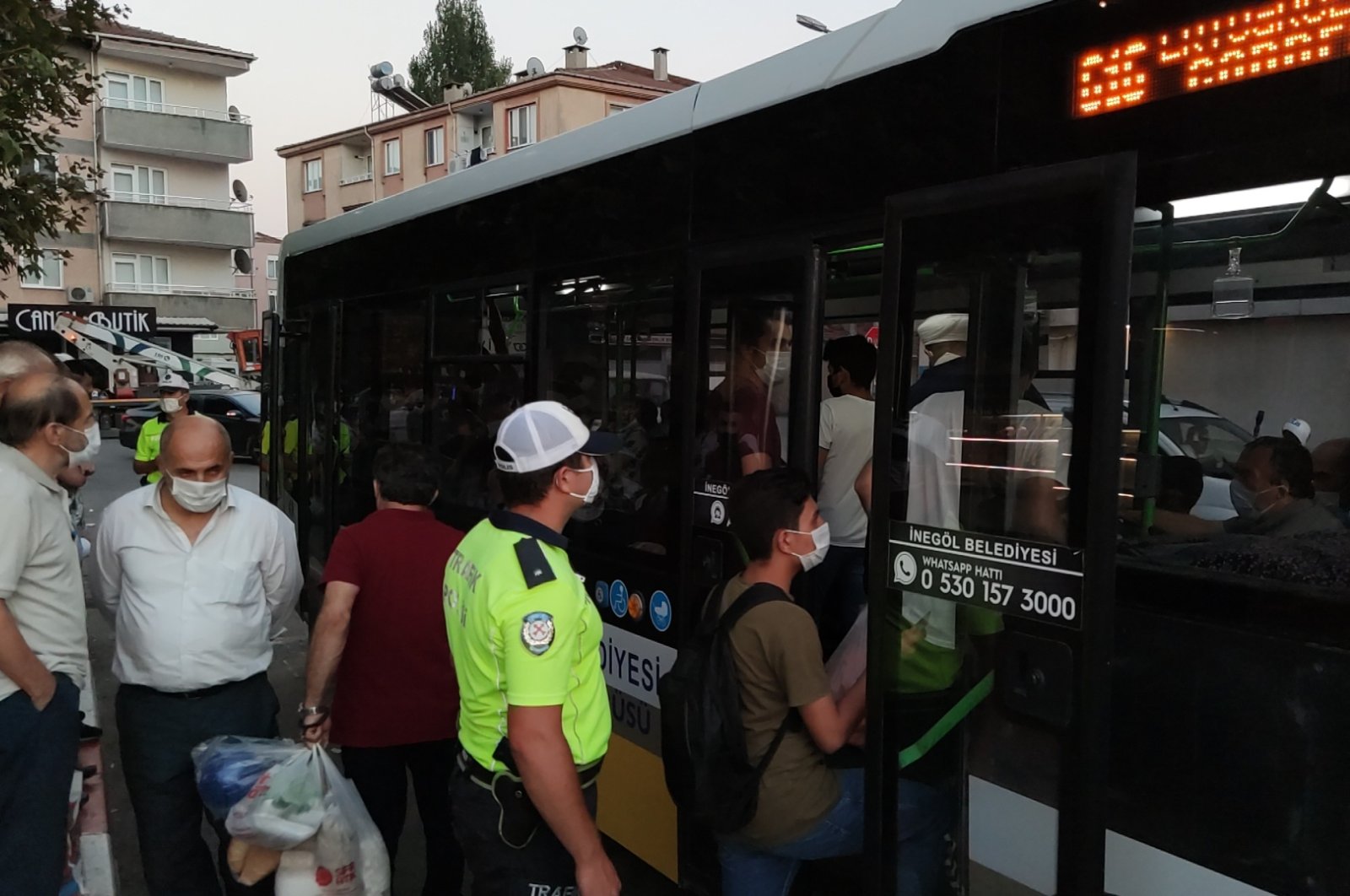 The Health Ministry increased measures for taxis and public transportation throughout Turkey on Sunday in order to curb the spread of COVID-19 amid what authorities are calling “the second peak of the first wave” of the COVID-19 outbreak.

According to the measures, recommended by expert advisors, taxis will take no more than three people, and all payments are to be delivered via contactless payment or credit cards. Also, if just one person gets into a taxi, they should be seated in the farthest seat from the driver.

Experts also drew attention to the significance of masks. The new measures foresee that masks must be worn by both driver and passenger and should not be taken off for the entire journey. Similarly, no magazines or newspapers in the vehicle are to be touched, according to the measures, which also advise passengers to take the driver’s name and license number to facilitate contact detection.

Transportation in big cities remains a concern, as thousands of commuters depend on public transit given the reopening of businesses in June.

According to the Interior Ministry's new instructions announced Tuesday, passengers are banned from standing on mass transit when all seats have been taken up. It is only permitted for systems like the metro and metro bus to admit standing passengers on a limited capacity, to be decided by the pandemic boards in each province. The number of passengers admitted on buses and minibusses must allow for social distancing under the new rules.

Passengers with symptoms such as coughing and muscle pain are requested not to use public transportation or taxis. Food and beverage consumption on public transport also is banned in response to the outbreak, while passengers are asked to keep open windows as much as possible and not use air conditioning in their vehicles.