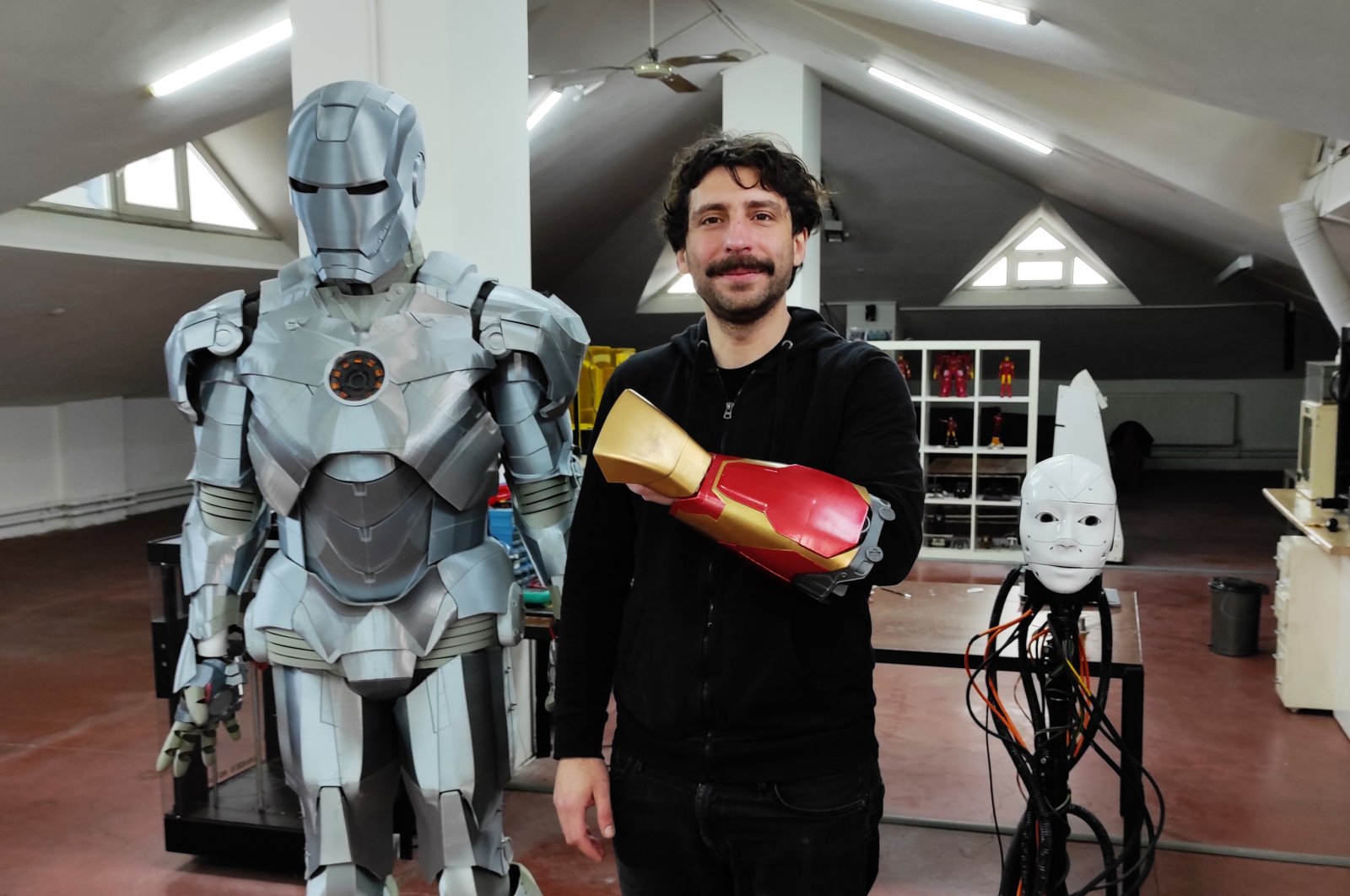 Tolga Özuygur is no Tony Stark in terms of wealth or personality despite sharing the same passion as the iconic Marvel Universe character who doubles as Iron Man: developing body armor. The Turkish software developer and "YouTuber" who made the headlines with a semi-functioning bodysuit a few years ago has come a long way since then. The Istanbul-based inventor recently showcased an arm similar to Iron Man's that is controlled via a microchip planted under his skin.

The implant allows him to “fire” when he stretches his arm in firing position, though he does not plan to actually fire, for now. Instead, Özuygur aims to inspire the youth to develop new technologies in a country seeking to cut off its dependence on imports for varied technologies.

The chip uses radio-frequency identification (RFID) and Near-Field Communication (NFC) technologies and is entirely programmable, for more mundane tasks, like remotely opening a door or to verify identification.

“I just try to make the stuff we see in science fiction films real. It is some kind of experimental engineering for me. I want to inspire people, from youth to adults, to work on scientific projects,” he told Ihlas News Agency (IHA) on Sunday. Özuygur says chip implants beneath the skin are common around the world, though not in Turkey, even though they use the same ID verification technology, “like those used in electronic bus passes,” he said.

“This is not something for mind control or to track others as you are led to believe. This is a simple chip,” he added. “Still, it is up to your imagination whatever you want to do with the chip."