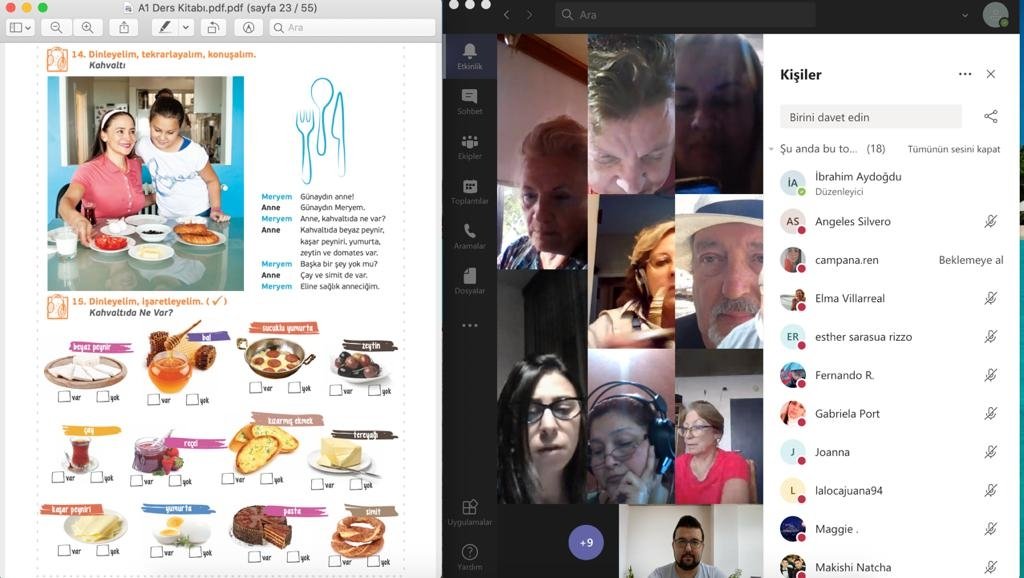 Hundreds of thousands of people have enrolled in online Turkish language courses during the coronavirus pandemic. Courses run by Turkey’s Yunus Emre Institute (YEE) moved online as in-person classes around the world shut down. The institute found a chance to reach out to more people especially in countries where they do not have learning centers. A YouTube channel started in the early days of the pandemic soon gained a large following. The channel offers videos prepared by Turkish experts, and so far, 111 videos have been uploaded to help beginners and those seeking to polish their language skills. The videos have reached an audience of more than 500,000 people to date.

A Turkish learning portal has also seen a boom in demand. LearnTurkish.com's visitor traffic increased 80% during the pandemic and currently provides services to 58,319 registered users. In-person classes, though limited, continue in some countries. The institute says that thousands applied to the 60 learning centers across the world in the past six months, but online interest is higher. In Egypt alone, applications for Turkish classes online increased 10-fold.

The newfound interest in the Turkish language can be accredited to the country's rise as a major actor in international affairs in recent years. For many, including 17-year-old Nina Jerkovic from Croatia, the passion is linked to the popularity of Turkish TV series. TV exports witnessed an unprecedented surge thanks to online streaming and more foreign TV stations airing Turkish television. Jerkovic attends in-person YEE classes in Bosnia-Herzegovina’s Mostar by crossing the border twice a week. The young girl says she wants to study in Istanbul and does not tire of having to travel between countries in order to learn Turkish. Her hometown Metkovic lies some 45 kilometers (27.96 miles) south of Mostar, and her parents drive her to the institute's center in the Bosnian town. She also attends online classes to improve her Turkish skills. “I am happy to be here. Nobody speaks Turkish in my town, but I managed to teach a few things both to my family and neighbors thanks to what I learned here,” she told Anadolu Agency (AA) on Friday. Jerkovic says that along with Turkish TV series, she admires Turkish food and hopes to visit Istanbul as soon as possible to taste them for herself.