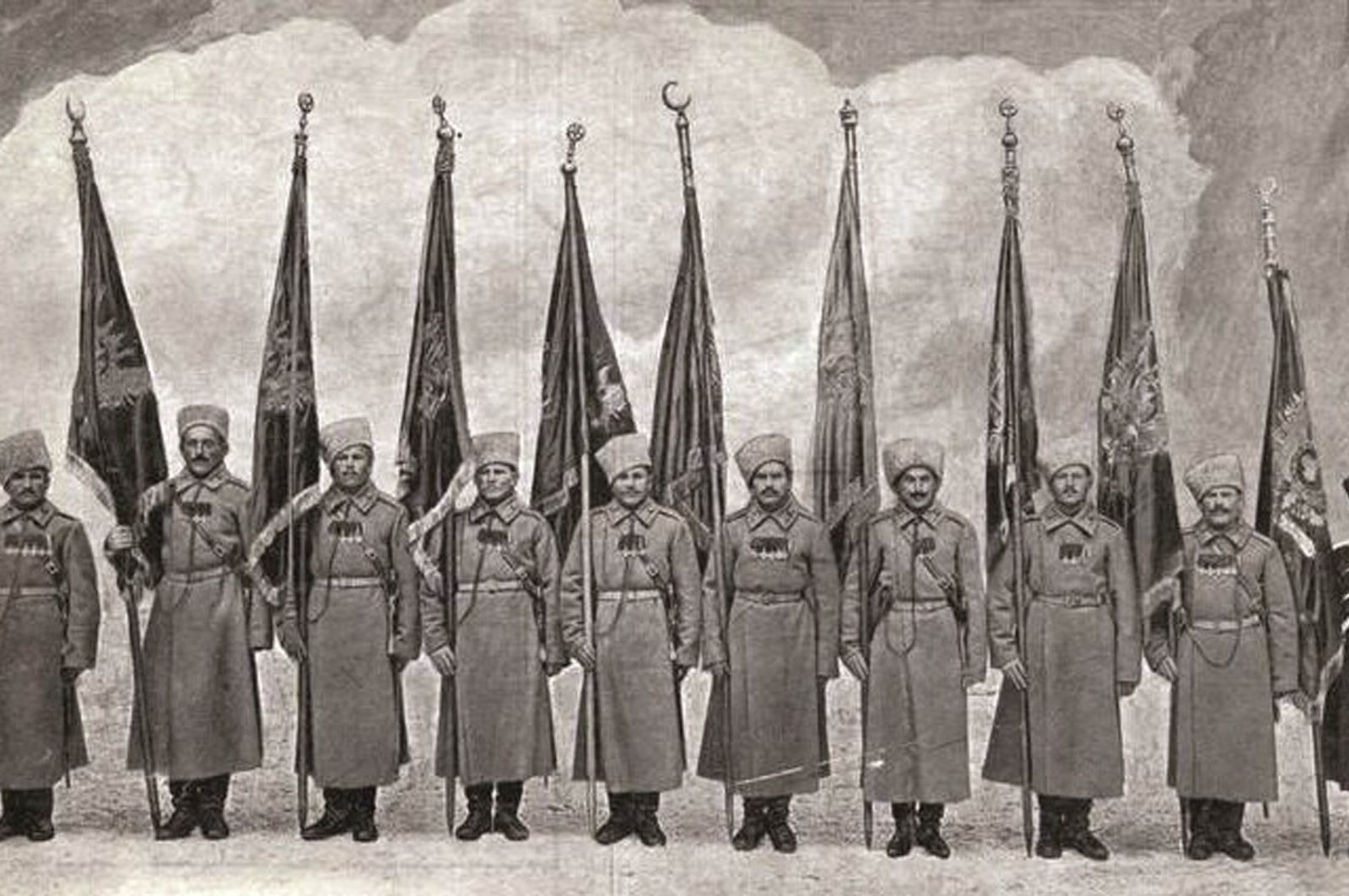 Ümit Topal, an amateur historian and writer, filed a lawsuit on Thursday for the return of 10 military standards seized by Russians during the invasion of Turkey's eastern province Erzurum during World War I.

The plaintiff says standards, taken by invading Russian troops in 1916, represent the “honor” of the Turkish nation and should be returned.

Erzurum, which was occupied a few times during the Russian Empire’s Caucasus campaign targeting the Ottomans, was last taken from the Ottoman forces in February 1916, after a bloody battle which is estimated to have killed about 10,000 Ottoman soldiers. Along with nine standards, Russian forces had taken thousands of prisoners. The city was liberated two years later as Bolsheviks pulled Russia out of the war.

Topal says the standards were captured from Fort Aziziye where an intense battle was fought, by a Russian captain and was currently in a depot of Hermitage Museum in St. Petersburg. “Along with standards, we found out that (Russians) seized other items, like a clock from a clock tower in the city, door of a fort, artifacts and manuscripts which were taken to Russian libraries. But the capture of standards hurts us most. We also found out that they were displayed upside down for a while in Russia,” he told Demirören News Agency (DHA) on Thursday.

He said they presented records of the Ministry of National Defense, Foreign Ministry and historical records of the local governorate that show Turkey’s ownership of the standards as evidence.