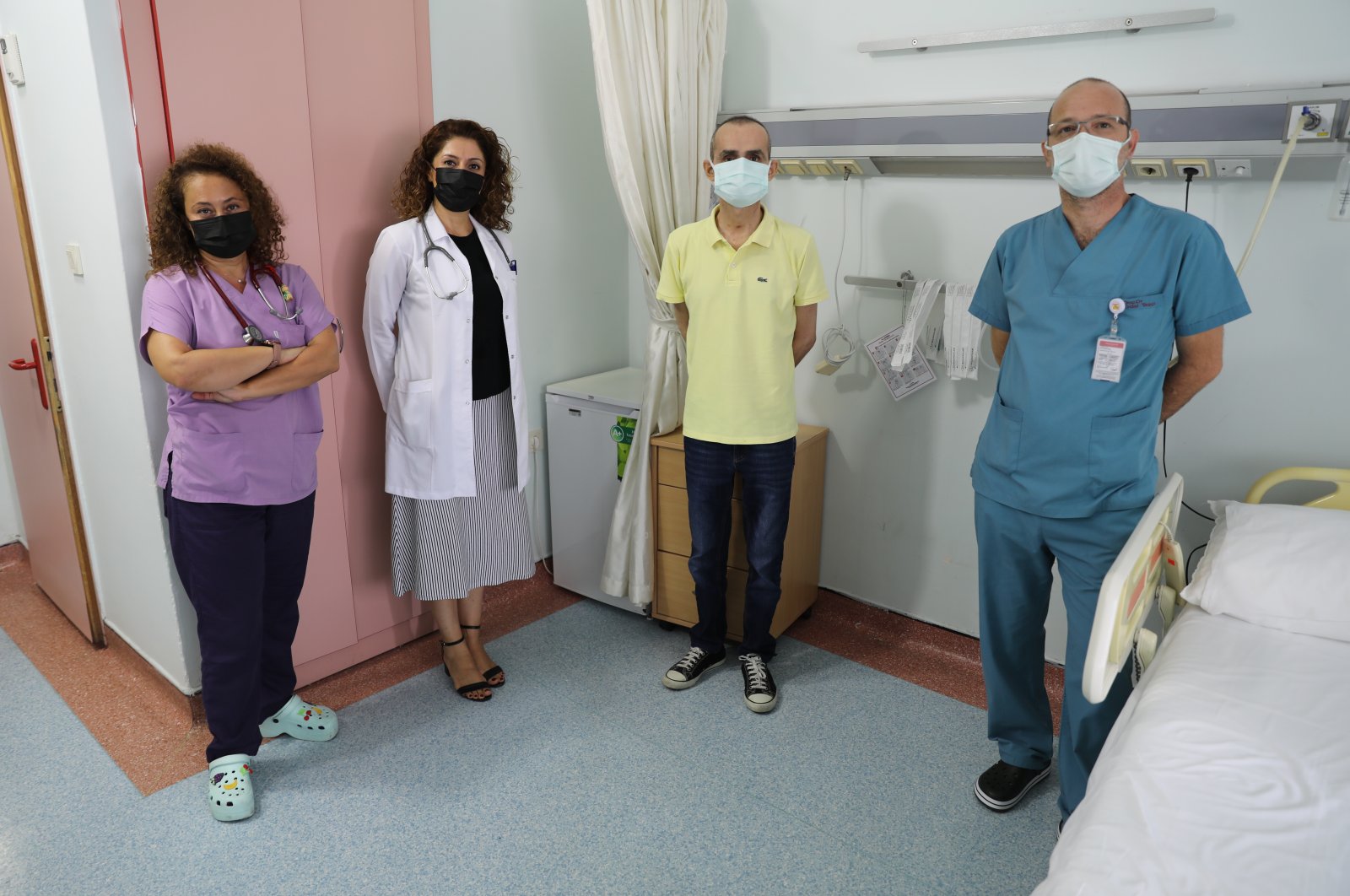 Erhan Yardımcı is a 43-year-old man living in Turkey’s Istanbul who had been suffering from emphysema for years when he was finally accepted to a waiting list for a lung transplant.

His prayers were seemingly answered when he received word that he would soon receive a pair of lungs from a donor just 10 months after being admitted to the list.

Despite having a successful operation that was followed by a quick recovery, Yardımcı’s luck appeared to have run out as he contracted the coronavirus just three months after the transplant, which left considerable damage to his new lungs.

“Since he followed our advice in the weeks leading up to his surgery, our patient had a quick recovery period. We discharged him two weeks after his surgery and his next two months were quite good,” Dr. Ayşe Halis Nigar told Anadolu Agency (AA), who took charge of Yardımcı’s treatment process.

“Since we're in the middle of a pandemic, he was protecting himself from crowded areas, doing his exercises at home. But he had relatives living in the same apartment with him and three months after the transplant, he contracted coronavirus,” she said.

And to make things worse, Yardımcı was using large doses of immunosuppressant, drugs that suppress the immune system, to keep his body from rejecting the new lungs. A suppressed immune system meant that the COVID-19 could be much more dangerous for him compared to a regular patient.

“We knew COVID-19 could progress much worse with him, so started treating him at the hospital without losing time. After the first week, he started having shortness of breath and it kept getting worse in the following days.

His situation continued to worsen and it would take him four months to completely recover from COVID-19, including a two-week visit to intensive care.

“Actually, his body had adapted to his new lungs well. We didn’t see any symptoms of organ rejection or infection until he contracted the virus. But after the virus spread to both his lungs, they left significant damage,” she said.

Speaking about his experience, Yardımcı said he feared for his life because of his condition and since he was not yet vaccinated at the time.

“If I had my old lungs with emphysema when I got COVID-19, I wouldn’t have survived,” he said, adding that the scenes he witnessed in the ICU were traumatic.

“You see people wither away and die around you. It is really difficult. Your mind can’t take it anymore after a time,” he said, as he urged everyone to get vaccinated.

“We can’t beat this otherwise.”