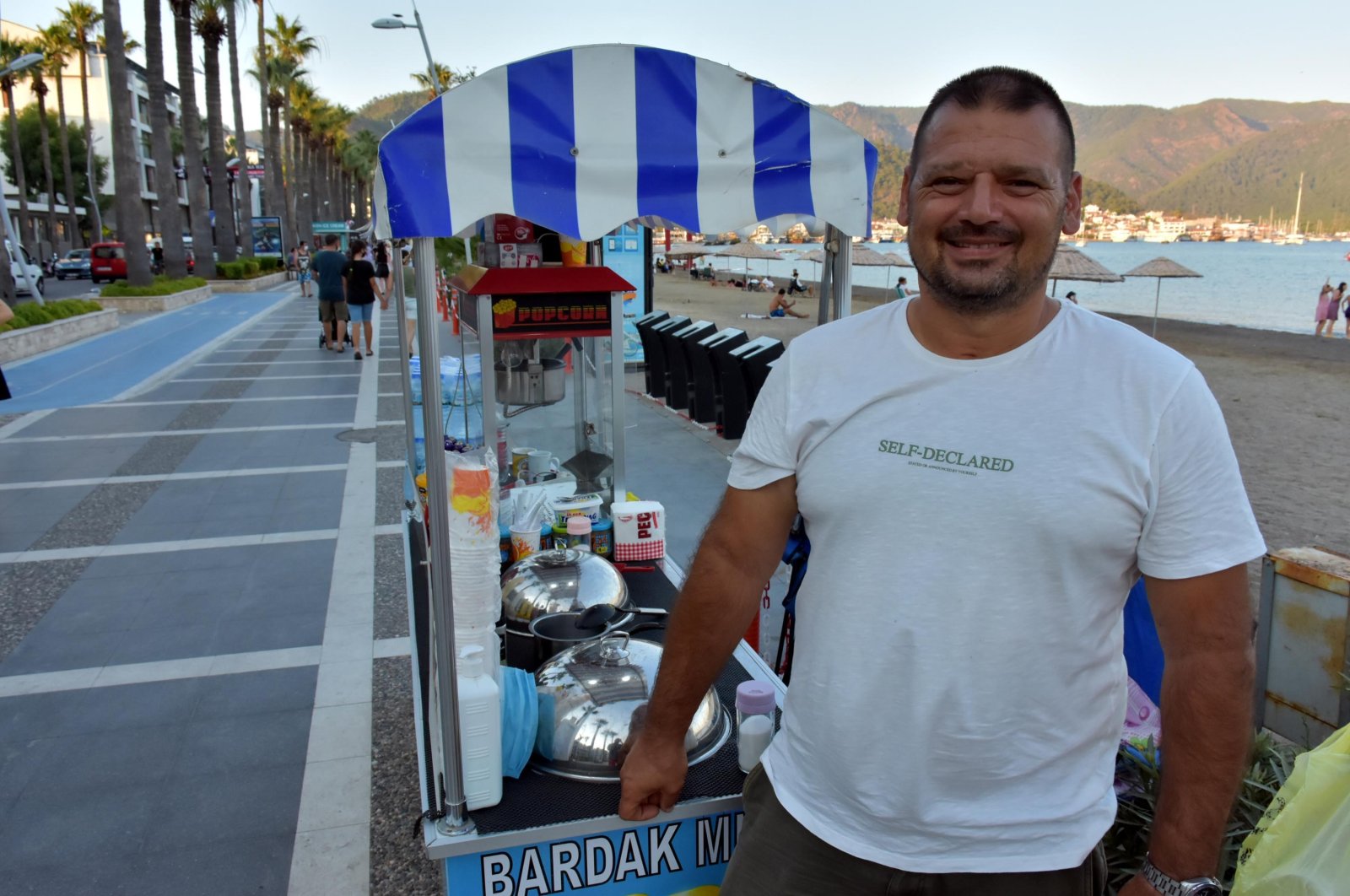 Mehmet Övet, a resident of southwestern Turkey's Muğla province, has managed to survive seven fatal incidents that landed him in an intensive care unit for days and stopped his heart, holding onto life against all odds.

Övet, a father of three children, was exposed to electric current, had a traffic accident, was shot with a shotgun, barely survived from drowning after fainting in the sea and fell from high places three times.

"You have nine lives like cats, so only two lives are left," his friends joke to him. After the incidents, Övet closed his shop, where he repairs electronic tools, and retired due to disability. Now, Övet sells corn on the beach.

“I am grateful to God for every moment I live in this life. Now, I sell corn to earn my livelihood. I don’t take money from needy people. Seeing a smile on their face is enough for me,” Övet told Demirören News Agency (DHA).

Övet’s troubles started when he was 7. He stumbled while playing on the terrace of his family’s house and fell from a height of about 7 meters (23 feet). After four days in intensive care units and a long treatment, he recovered. However, after seven months, while swimming in the Marmaris district, mussel shells slit his body when he dove down 6.5 meters (21 feet). Drenched in blood, he fell unconscious, and eventually, his heart was stopped in the sea. He was rescued by locals and brought back to life after doctors were able to revive his heart.

He quit school and started to work in an electronic repair shop in 1991. While repairing an elevator, he received an electric shock. His heart stopped and he was again resuscitated by doctors. However, more disasters were waiting for Övet. Nine years later, he fell from a height of 9 meters (29.5 feet) onto a concrete floor while installing an antenna. He experienced the same incident 11 months later and some of his bones were fractured in that fall.

In 2008, Övet quarreled with a shop owner, who shot him with a shotgun. He stayed 60 days in intensive care with 15 bullets in his body; 10 of them were later removed. Finally, he had a traffic accident in 2014, in which eight of his bones broke. Övet retired after the last incident.