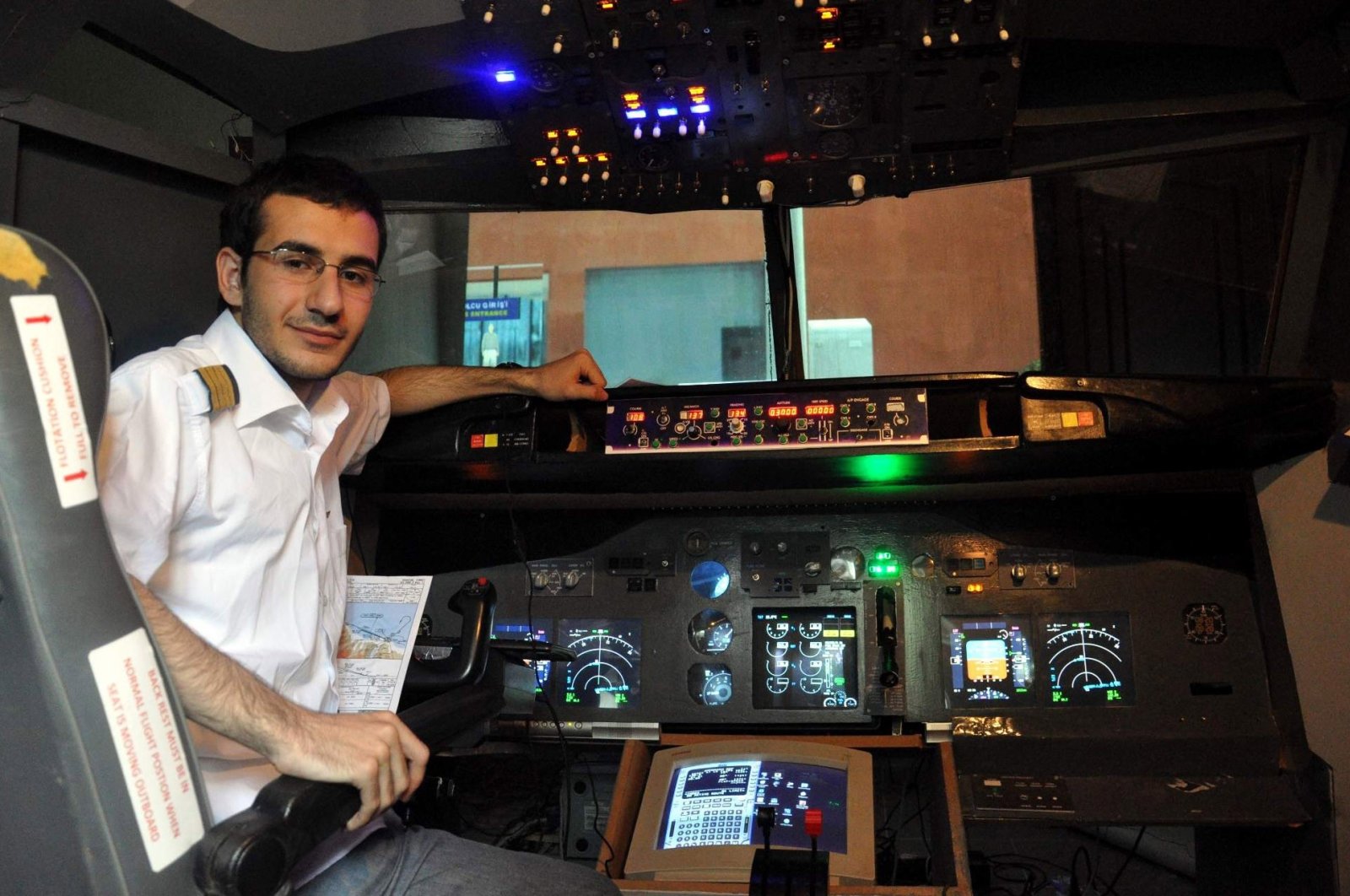 Alihan Kolaylı, a musician in the Akçaabat district of northeast Turkey's Trabzon province who has dreamed of flying since childhood, made his dreams come true by creating a Boeing 737-800 airplane cockpit in his basement.

Kolaylı, who brings the love of aviation to life in the basement of his two-story house, enjoys virtual flight with his homemade cockpit and simulator. Kolaylı said this adventure started 10 years ago and added that: “This hobby first started when I saw a flight simulator on the internet. It was difficult at first but I gradually improved. We further developed the system I created in the basement of my house 10 years ago. In the development process, I met a friend and we continued to work together. Then we built this portable.”

“There are differences between the simulator 10 years ago and this one. We did it professionally this time. We are now considering this simulator commercially. With the development of the Boeing 737-800 technology, we have developed it as well,” said Kolaylı, noting that the cockpit is exactly the same as a regular plane except for the movement system. “We want to further develop the system. We manufactured the parts in the simulator ourselves. We have a platform. Many people are following us. Virtual aviation is now a booming hobby and has developed since 2010. We are trying to produce parts for the people on this platform,” he explained.

“We are doing some tests now. Some pilots are coming and we are testing the simulator with them. They consider the simulator professionally. We develop the operating procedures of the systems accordingly. We change it according to their feedback. They can come and visit us,” said Kolaylı, adding that accurate flight simulation must be developed with input from actual aviators.

Kolaylı said he does not really know how much it cost financially and that: “We are always spending. As long as I have work as a musician, we are trying to develop here. Since we made the parts with our own means, we tried to make an advanced cockpit by keeping the cost down.”

“They can follow us at Home Cockpit Solutions. We show the pieces we made there,” he added.