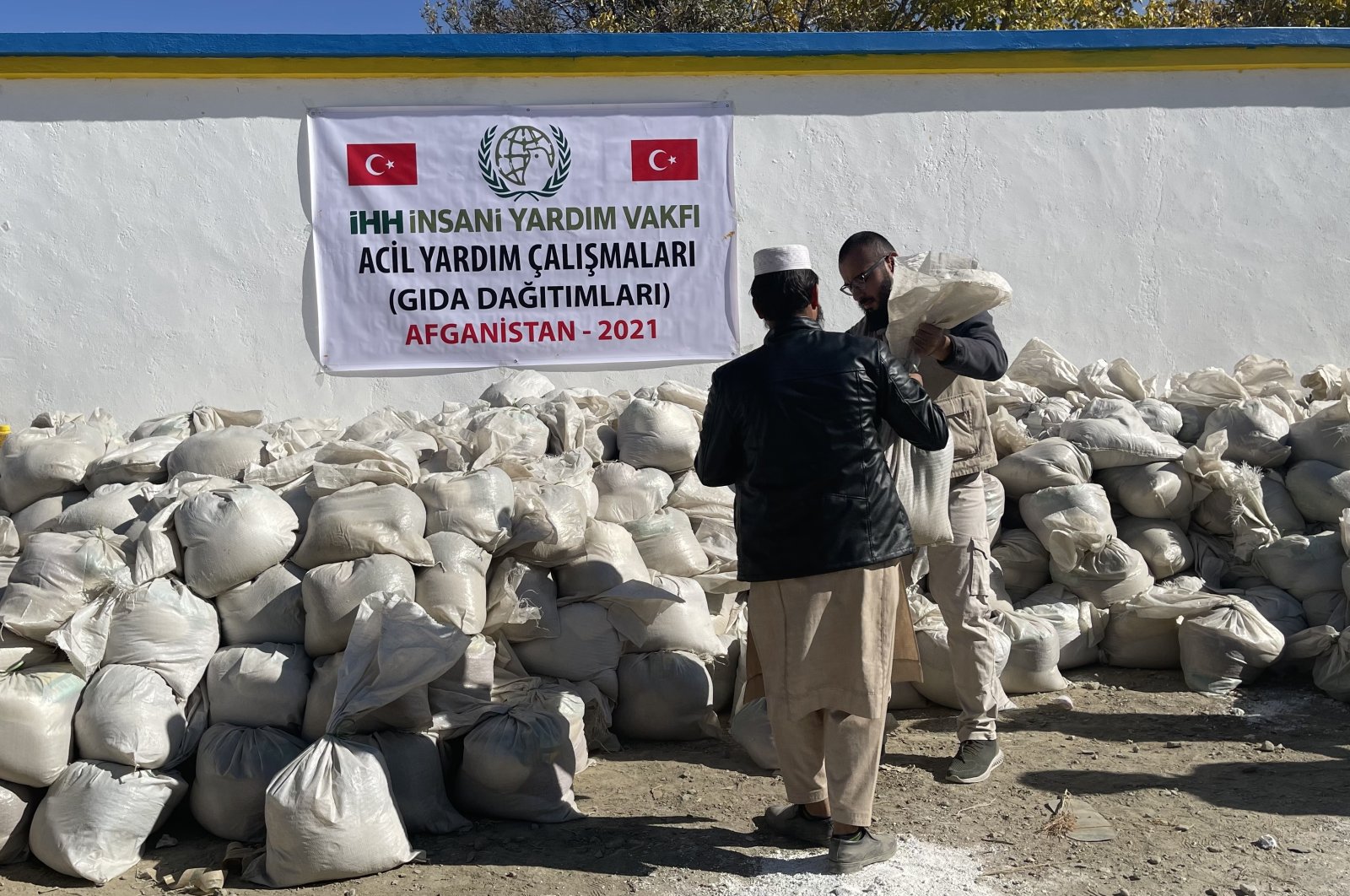 A Turkish nongovernmental organization (NGO) has delivered food aid to some 750 families in need in war-torn Afghanistan, an official said Wednesday.

The aid was delivered to the people in Ghorband district, of Parwan district in northern region of the country on Tuesday, Mücahit Kılıç, the Humanitarian Relief Foundation's (IHH) representative in the country where the Taliban have taken power, told Anadolu Agency.

Kılıç said people in many parts of Afghanistan face hunger, and the IHH will distribute more food aid in the coming days.

More than half the population of Afghanistan – a record 22.8 million people – could face acute food insecurity, according to a latest report by the U.N.’s Food and Agriculture Organization, and the World Food Program.

The combined impacts of drought, conflict, COVID-19 and economic crisis have severely affected lives, livelihoods and people’s access to food.The findings came as Afghanistan’s harsh winter looms, threatening to cut off areas where families desperately depend on humanitarian assistance to survive.