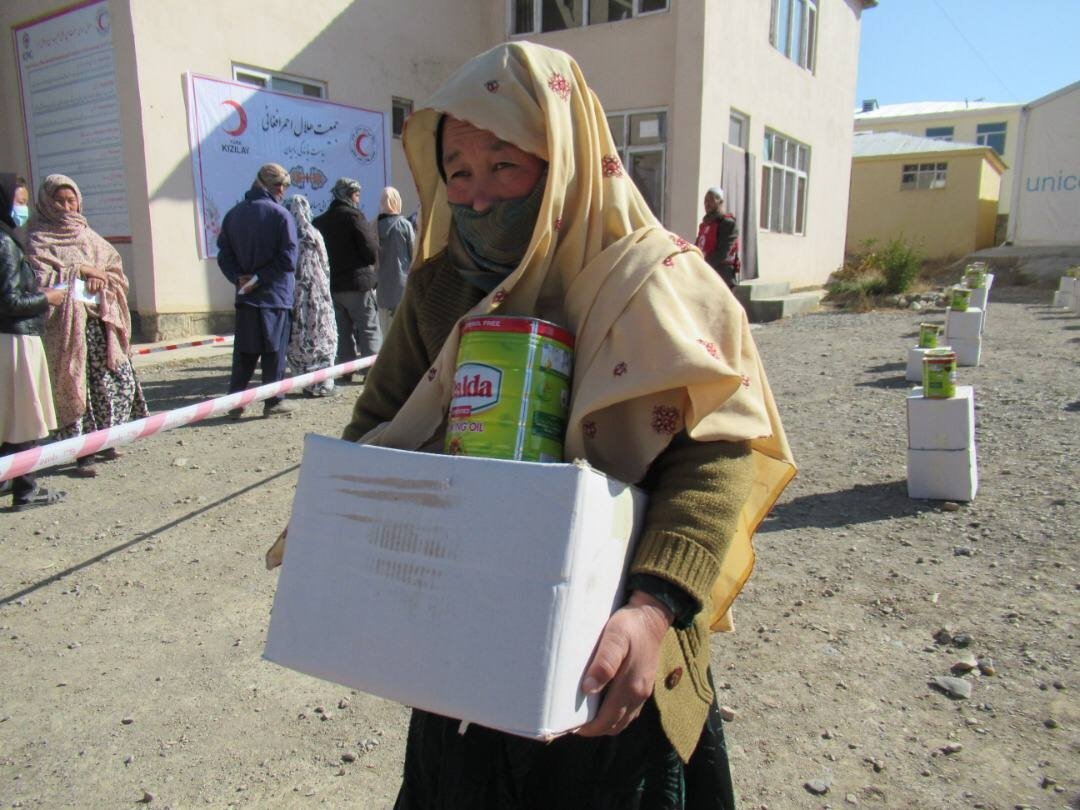 Turkish humanitarian agencies have been carrying out efforts all over the world to bring relief to countries experiencing a difficult time due to natural disasters, war, poverty and social clashes.

Recently, two Turkish humanitarian agencies distributed food aid to some 1,260 families in Afghanistan while the Turkish Cooperation and Coordination Agency (TIKA) opened laboratories for a school in Tanzania. In addition, the Turkish Red Crescent (Kızılay) and Fetih Humanitarian Relief Foundation have distributed food aid to the underprivileged in various cities and provinces of Afghanistan.

Speaking to Anadolu Agency (AA), Mahfuzullah Yoldaş, one of the officials working for Kızılay in the war-torn country, said 350 families in Bamyan province, 300 in Kapisa province, 50 in Kabul and 300 in Ghazni received the aid packages.

The food aid distributed by Turkish Red Crescent amounted to 2,000 food packages, he said, adding that as many as 4,000 families will receive food packages next week.

Thousands of families have been displaced due to the conflict in Afghanistan, where the Taliban took power in August and declared the war in the country over. They have now formed an interim government headed by Mullah Mohammad Hasan Akhund.

Unrest displaced nearly 700,000 people in Afghanistan this year, according to the U.N. refugee agency.

"In many parts of Afghanistan, people do not even have bread. Aid should be increased before winter arrives ... food and winter clothing should be sent to this region immediately."

TIKA inaugurated physics, chemistry, biology and computer laboratories with a ceremony held at a religious vocational high school in Tanzania on Monday.

Speaking at the ceremony, Güllüoğlu said Turkish institutions operating in Tanzania are making efforts to support the development of the East African country.

He said all Turkish institutions in Tanzania want to increase cooperation and implement new projects in the African nation based on a "win-win" approach.

Some 200 underprivileged students currently attend the high school, parts of which are still under construction. As many as 500 students are expected to receive education at the institute once the building is ready.