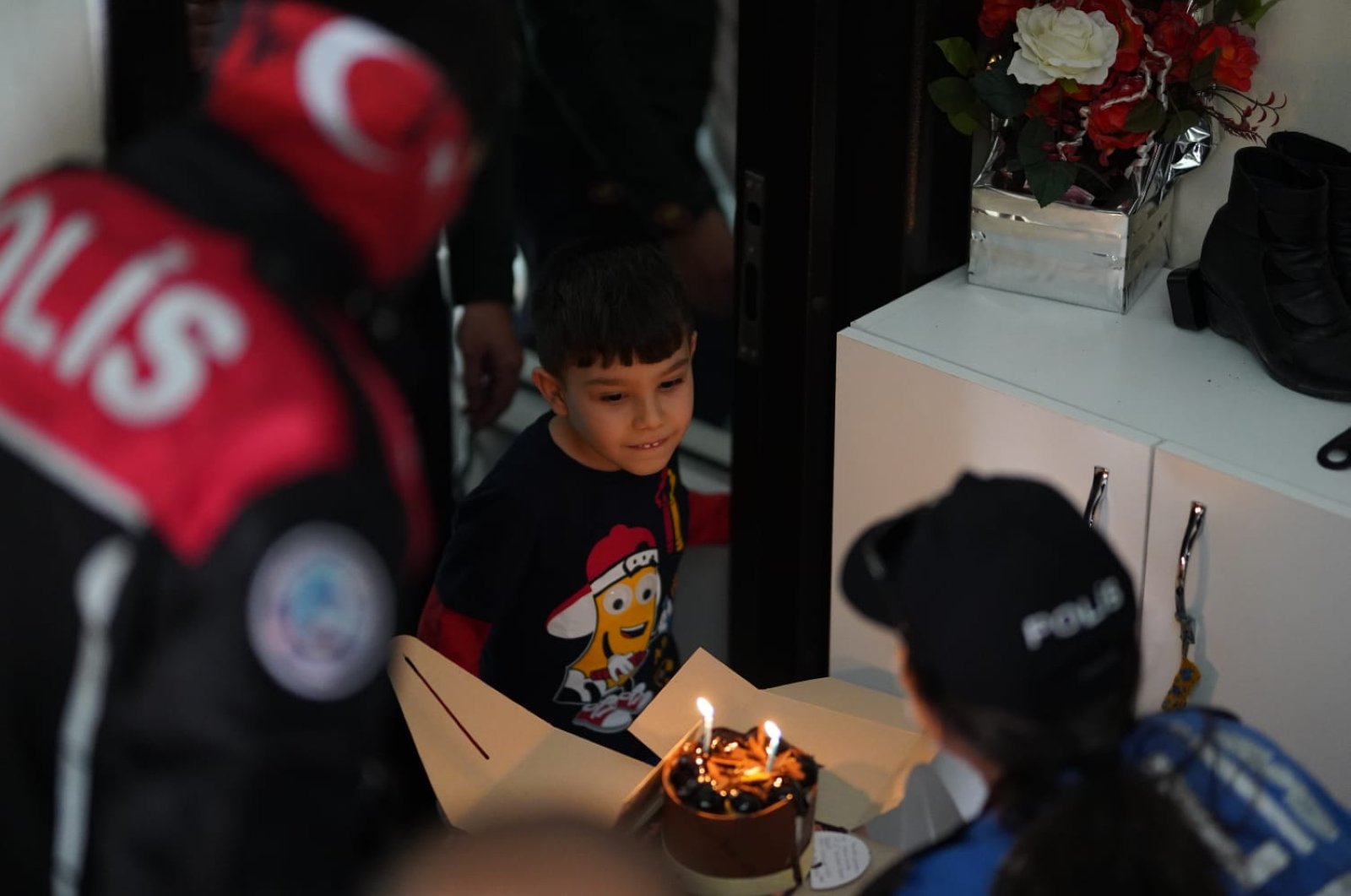 As children in Turkey eagerly await the days of running free outside and playing with their friends, police officers are going out of their way to brighten the lives of youngsters across the country.

In March, early into the outbreak of the novel coronavirus in the country, the Turkish government imposed a curfew on those over the age of 65 or under the age of 20 as a measure to stem the spread of the deadly virus.

Police and local officials, however, have been working full-time to meet the needs of the youth and elderly during their time at home.

Police officers in western Uşak province this week brightened the lives of one family particularly affected by COVID-19.

A criminal execution protection officer, Yadigar Akkol, was placed under quarantine at the correction facility where she serves due to the coronavirus. Due to the quarantine, she was not able to see her husband, Hulusi Akkol, or her young son, Enes Kaan Akkol, for a long time.

Police officers responded by buying a birthday cake and delivering it to the house, delighting the 5-year-old boy and cheering up his father, as well.

“In this busy working environment, I would like to thank all of our police teams and neighbors who have come all the way here for our son and supported us,” Hulusi Akkol said following the surprise.

“The best gift for Enes Kaan will be when his mother comes home again,” he added.

Meanwhile, in southeastern Şanlıurfa province, police responded to a request from a young bookworm.

Melisa, who hasn’t been able to leave the house to buy a new book to read, sent an email to the Provincial Security Directorate asking for a new book and a toy police car, according to a statement by the directorate.

After learning of the email, provincial police director, Selçuk Doğuş, instructed one of his teams to fulfill Melisa’s request.

The police officers’ arrival at Melisa’s door with gifts sent a thrill of surprise and excitement through the neighborhood.

In Turkey, 2,140 people have died of COVID-19, while 90,980 cases have been confirmed. Of the confirmed cases, 13,430 people have recovered and been discharged from hospitals, Health Minister Fahrettin Koca said Monday.