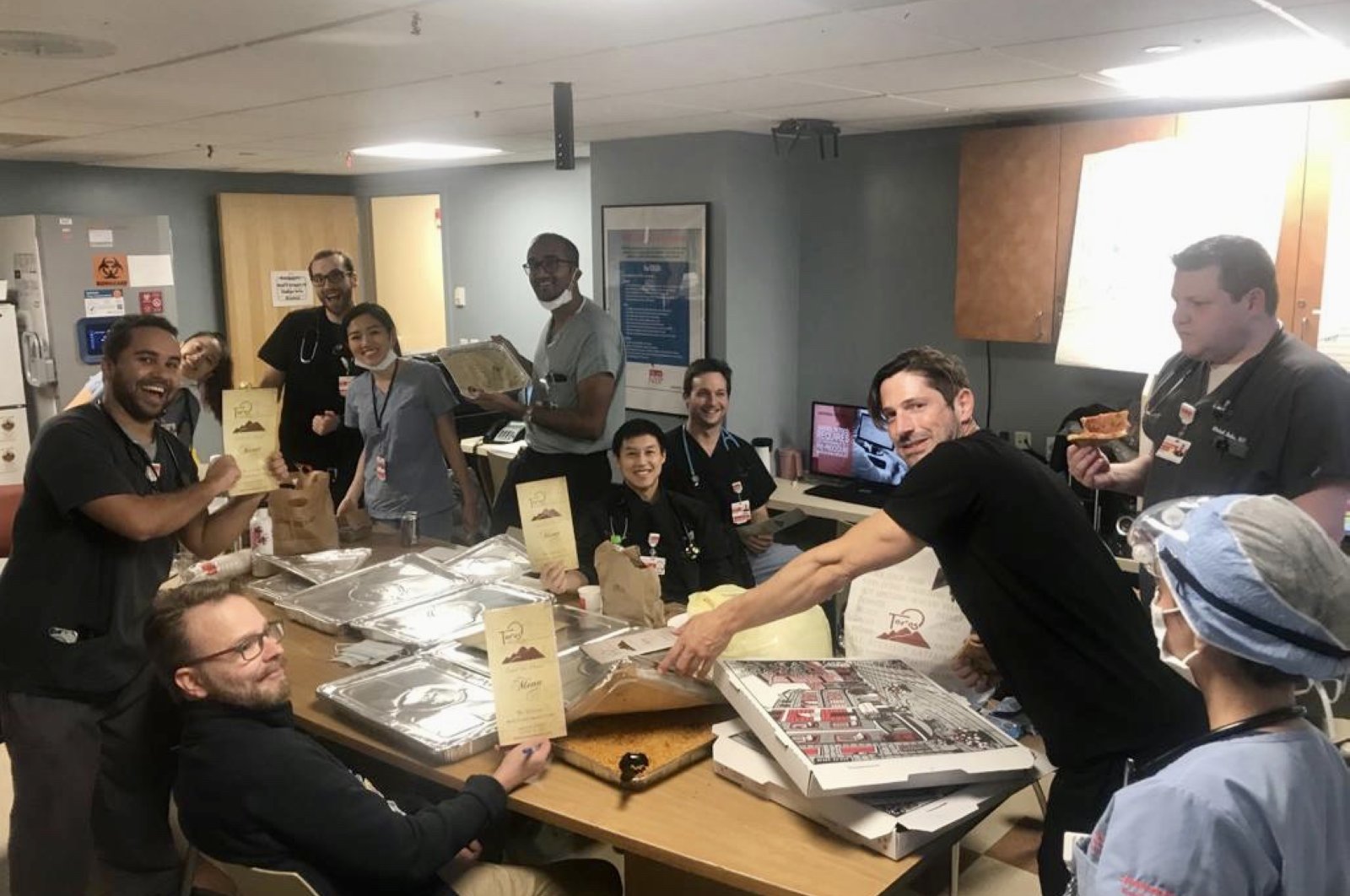 Restaurants owned by Turks across the United States have reached out in support of the country's overworked health care staff, currently in the midst of trying to combat the spread of COVID-19. Proprietors are offering free or discounted meals to all doctors, nurses and paramedics, as well as law enforcement officers.

Hüseyin Bayram, owner of the Toros restaurant chain based in New Jersey, has launched free meals to the staff of Brooklyn Presbyterian Hospital, some 40 kilometers (25 miles) away from his restaurant. Bayram said there were many Turks working throughout the health care sector in New York and many were unable to go home for days due to a flood of suspected virus infections.

"The Turkish consulate in New York got in touch with us to talk about the working conditions at Brooklyn Hospital after a Turkish doctor working there spoke to them, so we decided to offer them free meals,” he said, adding that they currently delivered daily meals to about 20 doctors and nurses at the hospital.

“They can’t even leave the hospital at times, so we wanted to contribute, given the sacrifice they are making,” he told Anadolu Agency (AA).

Bayram himself has been affected by the impact of the pandemic, having seen an 80% drop in customer rates.

“I have 60 employees and am trying to keep restaurants open and pay them despite the pandemic. I had to give put employees with a better financial status on leave, but I have to take care of the others,” he says. Along with free meals, the Toros restaurants offer a 50% discount to police, firefighters and paramedics and a 20% discount to patrons. “We are trying to survive and help people around us. This is a time that gives us a valuable lesson to stand in solidarity,” he says.

Lisa Mayısoğlu, who runs Lisa’s Mediterranean Cuisine in Ridgewood, New Jersey, also delivers free meals to hospitals. Mayısoğlu began by bringing meals to her daughter, a nurse at Hackensack University Medical Center who was struggling to find time to eat out. When she realized other staff were in a similar need, she decided to supply free meals to the center. “They should be able to go out and eat a good meal sometimes, so I decided to cook for them every day. This is a time where everyone should help each other,” she says. Soon, other restaurants in the area joined Mayısoğlu and now all serve free meals to three hospitals in the area.

Ali Rıza Doğan, who runs the Ali Baba restaurant in New York, will also join the initiative to offer free meals to medical staff. Doğan says he will start providing free meals to 50 employees at the New York University Hospital and the Memorial Sloan Kettering Cancer Center. Doğan is also offering a 50% discount for takeaways to members of the New York Police Department, as well as health care workers. Erol Akyürek, head of the Turkish-American Center in Long Island, meanwhile, says his network has also mobilized Turkish restaurants in the area to offer food aid to the needy as well as meals for paramedics.