Turkish woman receives toy instead of oven she ordered online 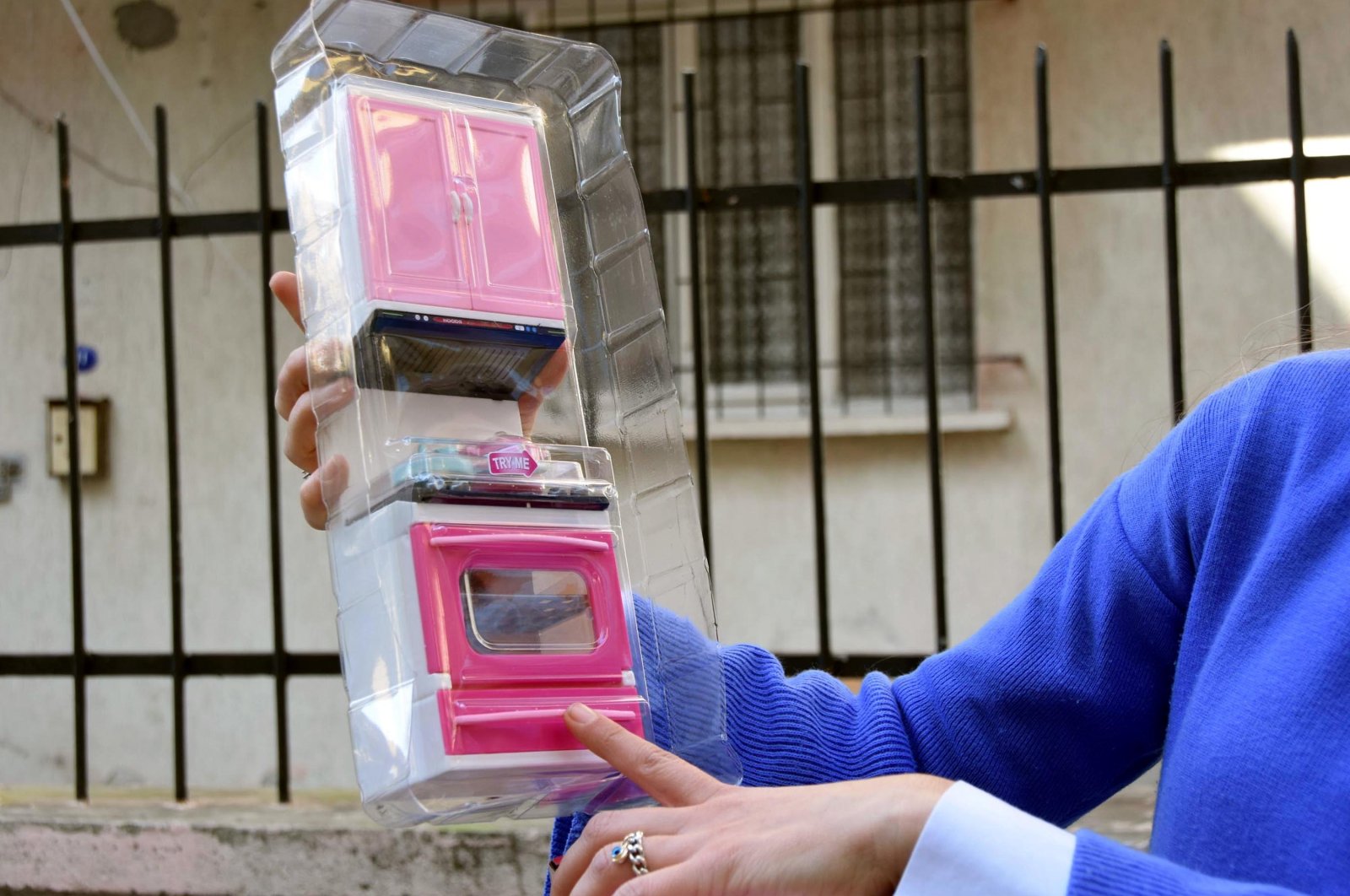 As more and more people are turning to online shopping, especially during the coronavirus pandemic, scammers are getting increasingly devious.

Once sending boring rocks instead of actual goods ordered, it seems scammers are now looking to entertain themselves at the expense of buyers.

Selin Çamlıtepe, a 33-year-old mother of two, became the latest victim of online con artists when she received a miniature toy replica of the oven she ordered online.

Speaking to Demirören News Agency (DHA) on Tuesday, Çamlıtepe said she realized she needed a new oven after moving to a new house.

“I placed an order from a reputable website. What I received was a toy oven. It really hurts because I paid a hefty sum for it,” she said.

Saying that she thought the toy oven was a gift along with the real appliance, Çamlıtepe added that it was not even suitable for her children to play with.

And this was not the first time Çamlıtepe fell victim to online scammers. Several years ago, she went through a similar ordeal when she received bathroom slippers instead of boots she ordered.

“I didn’t have to resort to legal options back then because I realized the con as soon as I opened the package and I was successfully able to return the item and get my refund,” she told.

But her neon-pink toy oven – complete with a cupboard and other small appliances – proved difficult to return.

Çamlıtepe said she contacted the website she purchased the appliance from as soon as she realized she had been duped but according to her, customer service stonewalled her attempts to get a refund.

“They just apologized. They didn’t make any further contact. They didn’t say they would send me the actual product or refund my money,” she said.

“I am willing to pursue all my legal options. I won’t rest until I get my money back,” Çamlıtepe said as she vowed to take the issue all the way up to the European Court of Human Rights (ECtHR) if she needs to.