Turkish workers placed under coronavirus quarantine upon return from Iraq 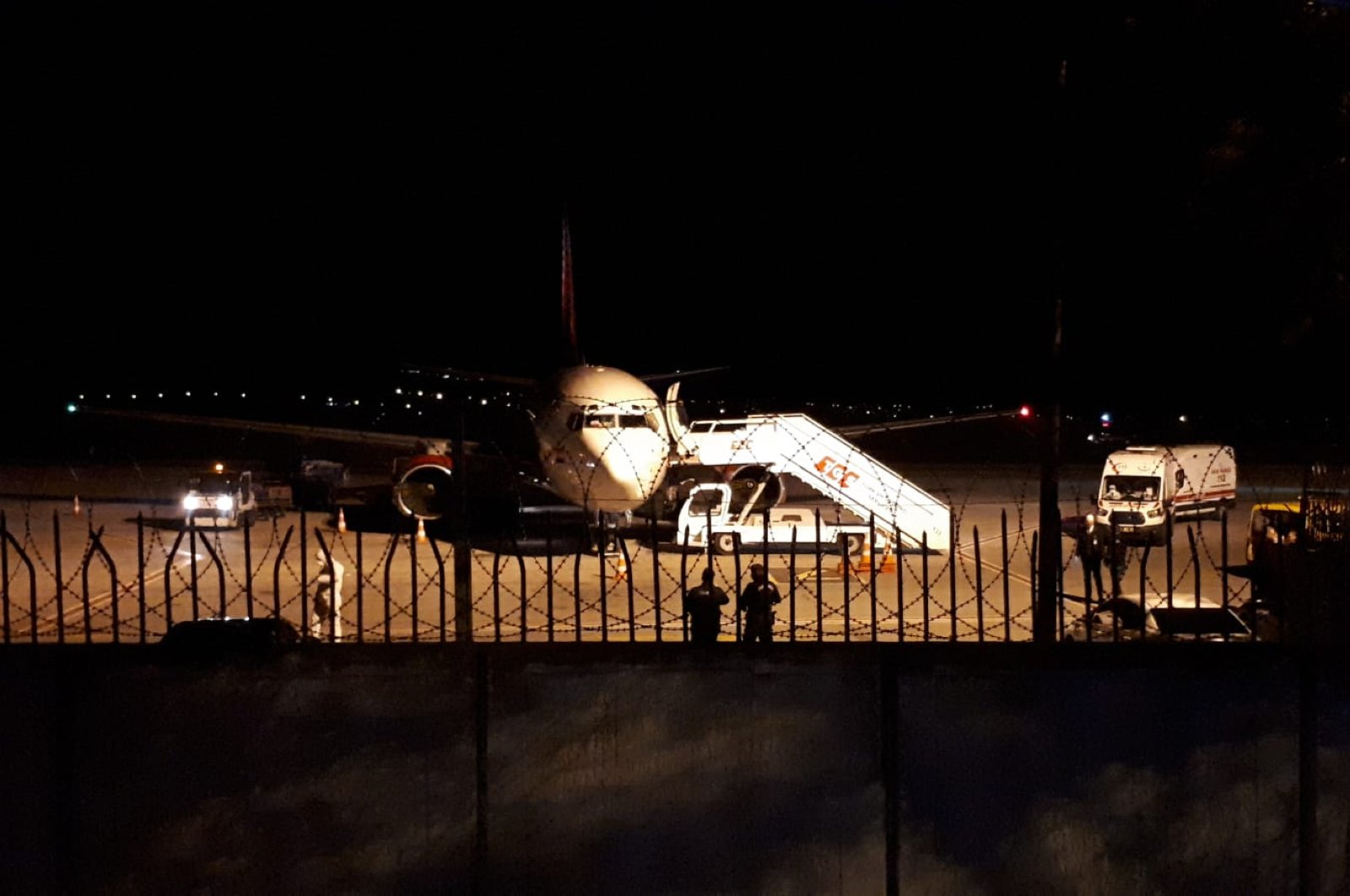 Dozens of Turkish nationals inside a plane that made an emergency landing in the capital Ankara late Friday were placed under quarantine amid the global pandemic caused by the novel coronavirus.

A passenger aircraft operated by Iraqi airline Fly Baghdad, originally bound for Istanbul, requested an emergency landing in Ankara’s Esenboğa Airport for refueling, prompting authorities to take large scale measures. Turkey had suspended flights from and to Iraq on March 2 while also sealing land border crossings upon reports of COVID-19 diagnoses and a large scale outbreak in neighboring Iran.

Reports said that the plane's flight route was initially confirmed since it was declared empty, however, upon entering Turkish airspace, pilots contacted authorities saying that the aircraft was carrying 57 Turkish construction workers returning from Iraq.

Authorities initially asked the plane to return to Baghdad, but when the pilots declared they don't have enough fuel, an emergency landing was allowed for Ankara. Officials did not allow anyone to leave the plane and police units cordoned off the aircraft.

It was decided that the workers will be placed under quarantine at the Zekai Tahir Burak Hospital in Ankara for a period of 14 days. The hospital had previously served as a quarantine hospital for passengers brought in from China and Iran.

The workers were transferred to the hospital by health crews wearing protective suits using ambulances.

The Turkish Health Ministry reported five coronavirus cases so far, all related to the initial patient who was diagnosed upon returning from Italy, where more than 17,000 infections were diagnosed and 1,266 died.