Türkiye battles land loss due to erosion, pledges to do more 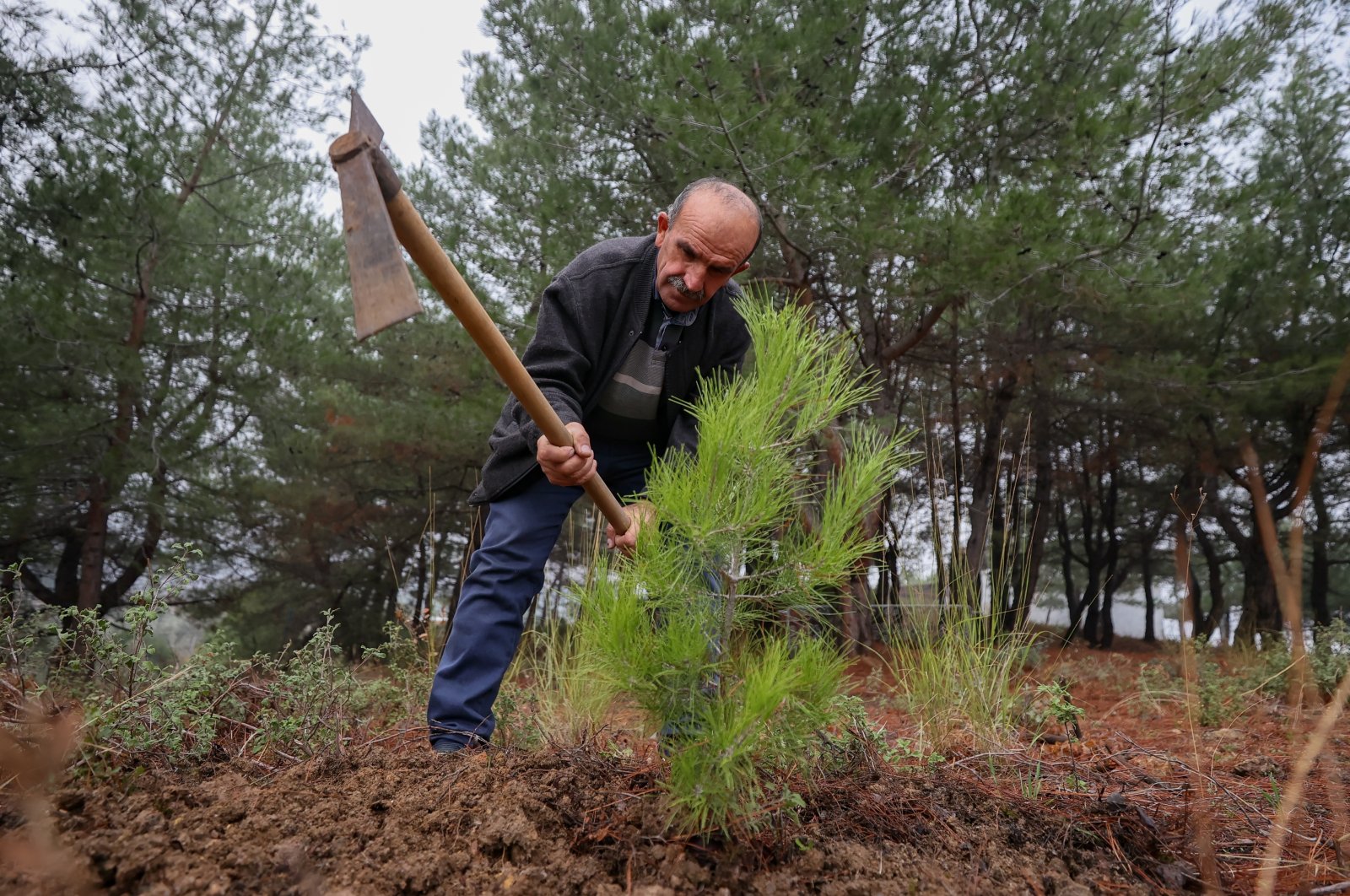 As erosion takes away precious lands in Türkiye every year, the government has renewed its commitment to further prevent the annual losses, which are around 113 million tons

As it strives to keep its forests and agriculture growing, Türkiye faces a dire threat: land loss. Erosion costs the country 113 million tons of soil annually. Environment, Urban Planning and Climate Change Minister Murat Kurum said that the country managed to decrease the annual loss from 500 million to the current number, but it is not enough.

Kurum tweeted earlier this week that 1 centimeter of soil is formed in 500 years, while it takes only 45 years for it to be eroded. He said Türkiye was committed to decreasing the erosion losses, noting the ongoing efforts, including forestation, in an area of 30 million square meters in 81 provinces.

Hikmet Öztürk, deputy director of the Turkish Foundation for Combating Soil Erosion, Reforestation and the Protection of the Natural Habitat (TEMA), says 39% of Türkiye’s agricultural lands and 54% of pastures suffer from erosion. “Every second, we lose 1 millimeter of land size of about four football fields," he explained.

The government has carried out a series of nationwide projects, including concrete steps and training the public. The efforts are all part of the “Action Plan Against Erosion” project implemented years ago for the preservation of soil, the sustainability of natural resources and food security. The plan includes planting, rehabilitation, erosion control and the restoration of pastures in an area of about 2 million hectares (4.9 million acres). The country also set up a Dynamic Erosion Model and Observation System to monitor the impact of water and wind on erosion. Sustainable land management training is also provided across the country to inform farmers.

The General Directorate of Forestry (OGM) spearheads the efforts, and between 2013 and 2019, it maintained erosion control in an area of more than 530,000 hectares. OGM data shows that the efforts to reduce erosion over the span of 56 years were less than that done in the past 17 years. The amount of soil carried by erosion was about 500 million tons yearly in the 1970s, and this decreased to 154 million tons thanks to the strenuous efforts and most recently, to 113 million. The projects aim to lessen the amount of soil swept away by erosion while preserving upper layers of agricultural areas to increase crop yield, boost the economic life of dams, improve water quality and reduce casualties and damage to properties stemming from erosion-related factors.

Öztürk explained that the soil is vital for the planet, from maintaining the climate to generating oxygen, preserving biodiversity and the generation of water. “The world today faces two major problems: climate change and loss of biodiversity. Soil is at the heart of the prevention of these issues. The main source of global warming is the use of fossil fuels stored under the soil, which increases the amount of carbon in the atmosphere,” he said. Öztürk told Anadolu Agency (AA) on Wednesday that 95% of the food is derived from the land. “So, the land is also essential for our health,” he added.

“Healthy land also means welfare for humans. Land loss spelled the end of civilizations in the past. We have to preserve the soil to meet the food demand of the growing population,” Öztürk said.

He pointed out that an ideal land for agriculture needed to contain at least 5% organic matter but agricultural lands in Türkiye had very low levels of organic matter, below 3% in most places. “We have to implement new practices to increase the density of organic matter,” he said. “Climate change will cause large-scale droughts and even if we can manage to keep the rise in temperature at 1.5 degrees Celsius (2.7 degrees Fahrenheit), the drought will prevail.

“Increasing organic matter content helps the soil hold water more and the water is essential for agricultural production,” he noted.

Soil degradation poses one of the biggest threats to food security around the world. More than half of the soil worldwide is now classified as degraded, with approximately 1.5 billion people living on degraded land. This damage, largely the result of industrial farming practices, over-grazing and global warming, generates an enormous hidden cost for society. Along with climate change, erosion and degradation are tied to urbanization and rising populations.

As a country with a higher elevation of land in its immediate region, Türkiye is at greater risk of erosion. Terracing and forestation are key to putting an end to erosion or at least slowing it down. Eventually, erosion leads to desertification, something worsened by incorrect crop cultivation and inefficient irrigation techniques in which farmers drain the underwater resources necessary to keep the soil alive and safe from desertification.