Turks scramble for protection as virus closes in on the country 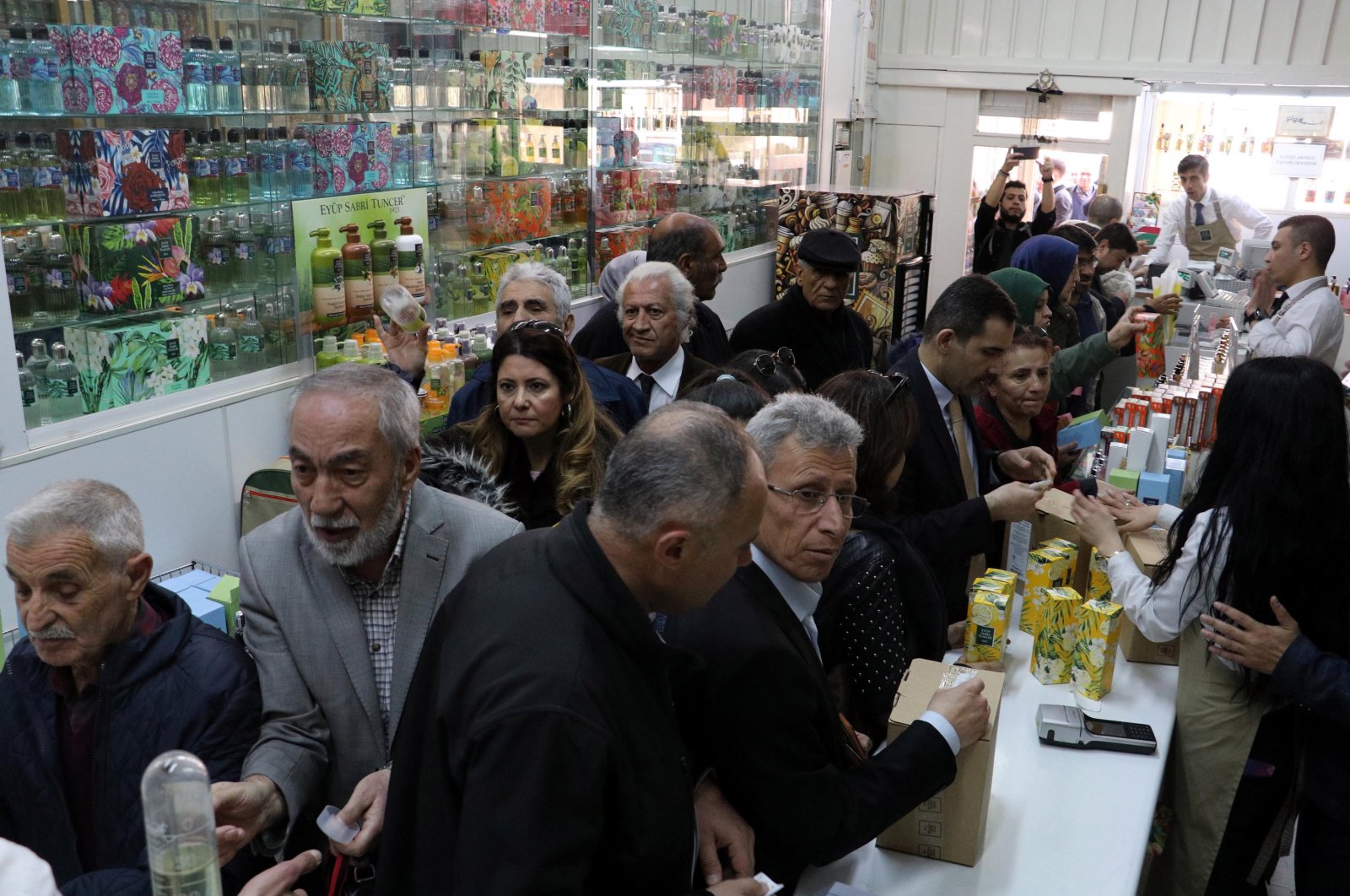 Masks and colognes are flying off the shelves after Turkey reported its first coronavirus case on Wednesday. Supermarkets also see an influx of customers while authorities warn they will act against price gouging.

Some brush it off as a temporary case no worse than the common flu. Others see it as a global threat. The new coronavirus, or COVID-19, which has killed thousands elsewhere, was confirmed to have made it to Turkey on Wednesday. Authorities say it was thanks to strict measures that it took 90 days – after the first reported case in China – for the virus to reach the country. Still, Turks are wary of the outbreak which was reported first in all of their neighboring countries.

From sanitizers to masks and disinfectants to cologne, sales have skyrocketed over the last few days. Supermarkets also have seen their shelves emptied of hygiene products and food, especially in big cities like Istanbul. Upon high demand, some sellers have started to overprice their goods, but authorities have warned legal action will be taken against price gouging.

Istanbul, Turkey’s most crowded city with a population of over 15 million people, is on high alert as one of the places visited most by foreigners as well as serving as the country's aviation and financial hub. One day after the first coronavirus case was reported, Istanbulites saw a rise in traffic as many people avoided mass transit over virus fears. Güven Caner, a mass transit commuter, is among those switching to driving to work. “You should not panic but have to take measures at the same time,” Caner told Demirören News Agency (DHA). Deniz Sarıcaoğlu, who was stuck in traffic in Altunizade on Istanbul’s Asian side, says everyone should drive if possible. Istanbul is already embattled with heavily congested traffic daily, but other modes of transportation which sidestep traffic, like metrobuses, could pose a health risk for many. They are usually crammed during rush hours, forcing people to come into close contact with each other. Workers spray disinfectants inside buses, metrobuses, subway cars and other mass transit vehicles on a daily basis.

Masks and gloves are nowadays a common sight for commuters in particular while hand sanitizers were installed in crowded areas like metrobus stations in Istanbul.

Photos and videos of supermarkets with shelves empty went viral on social media on Wednesday. Customers rushed to purchase goods like hygiene products, pasta, sugar, etc. Some supermarkets imposed a quota for each customer for any given product. The Food Retailers Association announced that they did not foresee any problems in supplies, and they took measures to prevent such a scenario. Faruk Güzeldere, head of Istanbul Retailers’ Association, also assured the public that there will be enough supplies and vowed that they would not allow some sellers to take advantage of the situation and slap high prices onto products. Güzeldere also called on customers not to hoard goods and buy only as much as they need. Adnan Çiftçi, who runs a supermarket in Istanbul’s Avcılar district, told Anadolu Agency (AA) that some wholesalers started hoarding goods weeks before, predicting the coronavirus scare in the country, and they were now visiting him and other supermarkets to sell them from a high price.

The state-run Financial Crimes Investigation Board (MASAK) launched inquiries into companies hoarding goods and overcharging customers in the sale of food, hygiene and medical products.

Trade Minister Ruhsar Pekcan told reporters on Thursday that they started inspections into reports of overpriced masks and other items. She downplayed the reports of food shortages and said all stores had sufficient supplies and retailers did not overcharge customers. She said they were looking into some 5,170 complaints conveyed through the ministry’s app to report unfair pricing practices over the past two days. She said they were also looking into the “extraordinary” situation of the lack of mask supplies despite Turkey’s overall capacity of producing 1.3 billion masks. She assured the public that legal action would be taken against those resorting to hoarding and overpricing, pledging they would be fined under Turkish laws.

Cologne in Turkey also saw a boom in sales as it contains a high rate of alcohol and is known as an effective disinfectant product. Queues were visible outside shops selling cologne while shelves of cologne in supermarkets and grocery stores were emptied out. In Istanbul, wholesalers reported a shortage of supplies while prices increased only in two days. “It is in the black market now. I used to buy a box of 48 bottles of cologne for TL 90 the other day, and it is now TL 150,” Kenan Ersoy, a wholesaler, told DHA on Thursday. Ömer Kaya, another wholesaler, says he sold what he usually sells in one year “just in one hour.” In the northwestern city of İzmit, sellers decided to sell only 250 grams of cologne per customer to overcome the huge demand. Emine Olguntürk, a seller, says people are scared of coronavirus and flocked to her cologne shop. She complained of the lack of alcohol available in the market which limits cologne production. Olguntürk sells cologne per liter for TL 28 but says some sellers charge TL 100. In the northern city of Düzce, a major cologne production hub, producers struggle to meet rising demand. Nadir Yorgun, who runs a cologne factory, told AA they decided to scrap exports to focus on domestic demand. Yorgun says they used imported alcohol in production, but their four-month supply dried out in 10 days because of the demand. “We used to export to 56 countries, but now almost all countries in the world ask for cologne. The demand is particularly high from Iran and Saudi Arabia,” Yorgun says, adding that they doubled their production capacity of 200,000 bottles daily.

Sanitizers and disinfectants play a key role in preventing infection so naturally, they are in high demand. In the central city of Kayseri and southern city of Adana, two vocational schools specialized in chemistry, serve as main sanitizer and disinfectant suppliers for the region. Students, guided by their teachers, work three shifts to meet the demand. They deliver cleaning products to schools in seven provinces. Halis Karabulut, principal of Ahi Evran vocational school in Kayseri, says local education authorities asked for a supply of about 400 tons of hygiene products over the past week, to keep schools clean.

Some Turks opt for “natural” methods against coronavirus risks. Stores selling herbs also have enjoyed a boom in the business as social media is awash with recipes for mixtures that will protect against the virus. Some stores put up signs promoting “mixtures against viruses” or packages of herbs they sell for TL 10. Among them are coneflower and propolis extract which reportedly boosts immunity against viruses.

Defense Minister Hulusi Akar said they limited trips abroad for army members and canceled weekend leaves for conscripts and cadets at military schools. Other events, like traditional swearing-in ceremonies for conscripts, will also be closed to visitors while the army staff was ordered to shun handshakes.