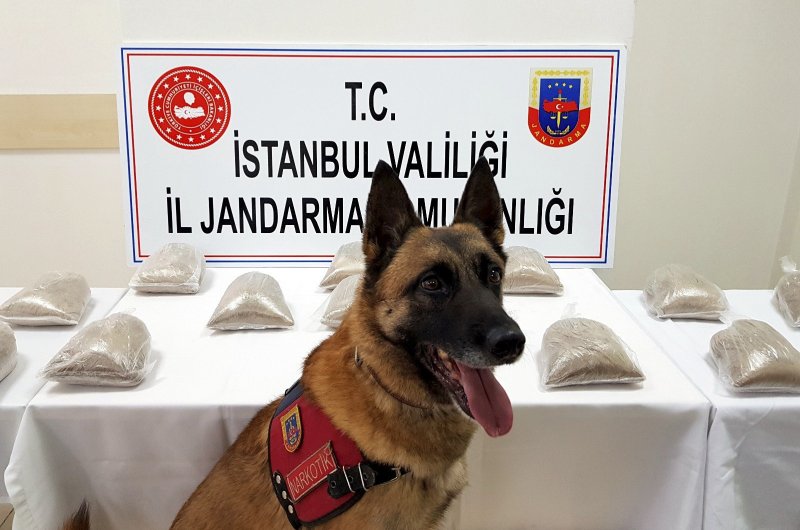 A new report by the United Nations put Turkey on the list of countries with the highest seizures of opiates. Professor Sevil Atasoy of Istanbul-based Üsküdar University, a member of the International Narcotics Control Board (INCB) of the U.N., announced the report at an event in Istanbul on Thursday.

Based on 2017 data, the report says the largest quantities of opiates were seized in Iran, Afghanistan, Pakistan and Turkey. Atasoy said Afghanistan remains the main source for cannabis resin worldwide, according to the report. Ninety percent of cannabis resin enters Iran via Pakistan while another 10% enters Iran directly from Afghanistan. More than half of the contraband is destined for countries in the Arabian Peninsula while 25% enters Turkey and the Southern Caucasus, the report says.

The report also notes changes in drug smuggling routes. “The Balkan route, which passed through Iran, Turkey and the Balkan countries on the way to destination markets in western and central Europe, remained the main route for the trafficking of opiates originating in Afghanistan. In recent years, several branches of the Balkan route have gained prominence, including the branches transiting Syria and Iraq and the countries of the Southern Caucasus,” the report says.

Atasoy said Turkey also ranked second in the world in seizures of ecstasy pills. “Methamphetamine remains a serious problem for Turkey. We see a reduced problem in Europe regarding methamphetamine but the amount of seized methamphetamine in Turkey is almost equivalent to that seized in all of Europe. Cannabis seizures, on the other hand, decreased in Turkey. We see a decline in the number of people taking cannabis but a rise in the number of those taking cannabis resin,” she said.